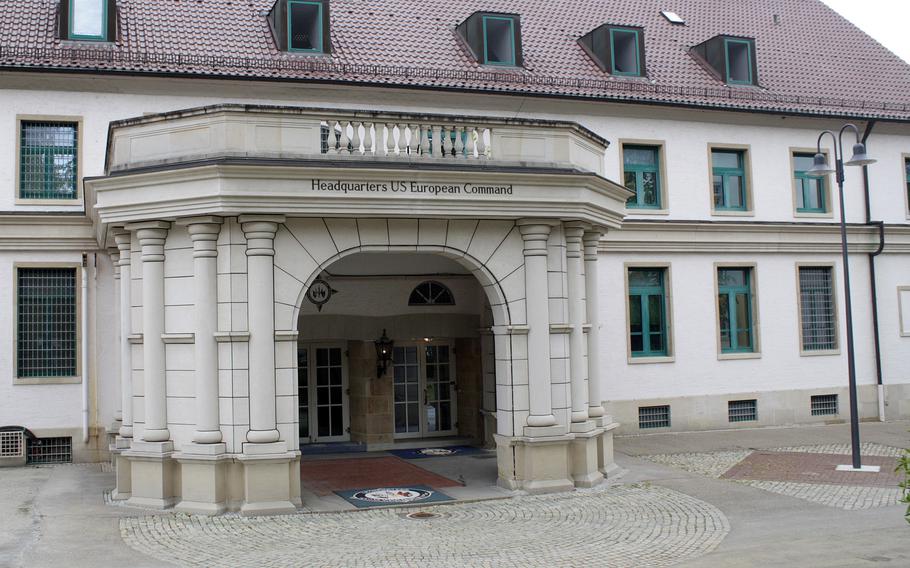 At about 12 p.m., a backhoe penetrated the casing of the bomb, U.S. Army Garrison Stuttgart said in a statement. Workers exposed to the phosphorus were taken to a local hospital for observation, garrison spokesman John Campbell said.

“There is no threat to Patch Barracks or the local community, but residents are asked to avoid the construction site out of an abundance of caution,” the garrison said.

The incident occurred near Floridastrasse, where EUCOM’s top generals reside. The bomb was struck while workers were making repairs to the post’s sewer system.

Campbell said no base residents were forced to evacuate their homes.

Although it has been more than 75 years since the end of World War II, bombs routinely are uncovered during construction work in Germany, sometimes causing large residential evacuations.

An industrial hub during the war, Stuttgart was heavily bombarded by allies. In recent years, unexploded ordnance has been uncovered at or near Army facilities in the Stuttgart area.

On average, more than 2,000 tons of unexploded bombs and other munitions are found each year in Germany. About 15% of the bombs dropped during the war didn’t explode, and many remain buried deep in the ground.