A Russian mercenary group that has gained international attention for its role in the war in Ukraine is also active in one of Africa's poorest countries, using violence and extortion in an effort to corner its extremely lucrative diamond industry, according to a new report issued by European-based researchers.

Individuals linked to the Wagner Group, which is most infamous for its brutal tactics in eastern Ukraine, have set up a shell company in the Central African Republic (CAR) to secure and sell diamonds, say researchers from two groups, France-based All Eyes on Wagner and the London-based Dossier Center, sponsored by exiled Russian oligarch Mikhail Khodorkovsky.

The report says that fighters linked to the Wagner Group are forcing the country's impoverished miners and collectors to turn over their gems or sell them exclusively to the shell company, Diamville, and that the company trades in diamonds that violate the rules of the Kimberley Process, an international initiative that seeks to prevent the marketing of diamonds from conflict zones.

Wagner Group fighters previously have been accused of involvement in armed activities in CAR and of exploiting the country's gold and diamond resources. The report, which was shared with The Washington Post and other media, provides new details about the network of companies and Wagner operations in the country.

"Wherever there are mines and diggers, these people [linked to Wagner] are there, armed. When someone [a gold or diamond miner] comes across something good, they go to that person. … There have even been assassinations like that, to take other people's merchandise," the report says, citing industry insiders in CAR.

The report's authors sought comment from Yevgeniy Prigozhin, the Russian tycoon behind the Wagner Group, but he largely dismissed their request. According to the report, he said: "[Diamville] is owned by Emmanuel Macron via a frontman. Racketeering is conducted by special NATO units called SDFA (steal diamonds from Africa)."

When contacted for this article, Prigozhin said: "Everything you have listed is unsubstantiated Western propaganda. We have already presented our reports, which state that Russian instructors and other citizens of the Russian Federation have never carried out the above activities, namely, they have never been engaged in the sale of diamonds from conflict zones outside the norms of the Kimberley Process and have not participated in massacres and attacks on civilians."

The report's authors also contacted Diamville and individuals identified as working for the Wagner Group in CAR but they did not respond to requests for comment.

Diamond smuggling is widespread in CAR, not just by individuals linked to Wagner, with gems often entering foreign markets through neighboring countries, mainly Cameroon, Chad and Sudan, and via air routes with the United Arab Emirates and Lebanon, the report says.

CAR is one of the poorest and most fragile countries in the world. A former French colony, it became independent in 1960. Years of successive military coups, uprisings and violent, often sectarian, conflict have killed and displaced hundreds of thousands. According to the United Nations, half of the country's nearly 5 million people did not get enough to eat this year, while more than half required humanitarian assistance.

And yet, CAR is rich in diamonds and gold. Over the years, the country's leaders have plundered its natural wealth to benefit themselves, and the illegal sale of diamonds has financed armed groups.

Then, what the International Crisis Group estimated to be between 1,200 and 2,000 Wagner mercenaries descended on CAR and became a badly kept secret. In recent years, the United Nations and human rights groups have accused Wagner of complicity in torture, summary executions and large-scale looting.

Wagner's activities in CAR are part of a much wider effort by the group to unofficially advance Russia's geopolitical goals in Africa while also securing lucrative contracts. Russia has sought to seize on growing rifts between some African governments and their traditional European allies to strengthen Moscow's presence in the region.

Over the years, Russian mercenaries have gained a foothold in 18 African countries, according to the Center for Strategic and International Studies in Washington. In many places, Wagner was recruited to fight Islamist insurgencies, guard important sites or to "restore peace," but it has been largely motivated by the chance to enrich itself by securing lucrative natural resources, according to senior U.S. military officials.

In November, All Eyes on Wagner issued a report about the group's activities in Mali, one year after Wagner mercenaries arrived there following a 2020 coup d'etat, which left the West African country isolated from its traditional partners, mainly France. The report linked the mercenaries to several massacres and other atrocities in the country, identifying at least 23 incidents of human rights abuses, including civilian killings. The report also shed light on Wagner's campaign to turn public opinion in Russia's favor and discredit French authorities.

In Syria, where Russia helped defend the regime government of President Bashar al-Assad against a rebel uprising, Wagner-linked companies struck deals with the Syrian government to explore oil and gas fields, according to multiple reports from international and independent Russian media outlets.

The Biden administration is considering designating the Wagner group as a foreign terrorist organization as part of efforts to hinder its activities in Ukraine and its growing presence in Africa, Bloomberg News reported last week.

On Thursday, U.S. Sens. Roger Wicker (R-Miss.) and Ben Cardin (D-Md.) introduced a bill seeking to designate Wagner as a terrorist group. They cited multiple atrocities allegedly committed by the Wagner group, including massacres of civilians in Ukrainian town of Bucha in March; massacres of migrant workers in a mining area along the Sudan-CAR border; the killing of Russian journalists investigating the mercenaries in CAR in 2018; the rape and trafficking of women and children in CAR; and the suppression of protesters in Sudan, among many others.

In response to news reports about the potential designation of the Wagner Group, Prigozhin issued a statement through the press service of his catering company: "We have never crossed the boundaries of what is permitted. As they say, let sleeping dogs lie. Americans, do not wake up Wagner while Wagner is still sleeping." 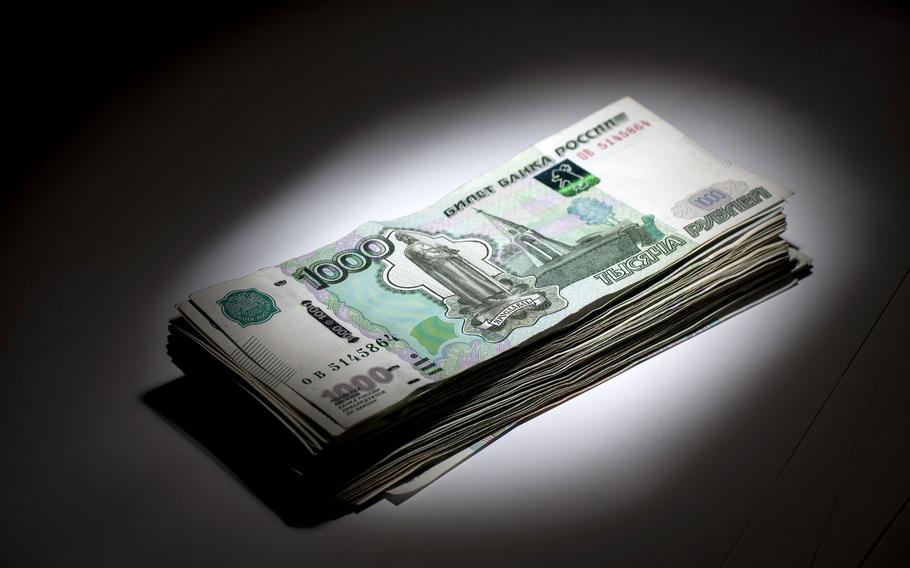