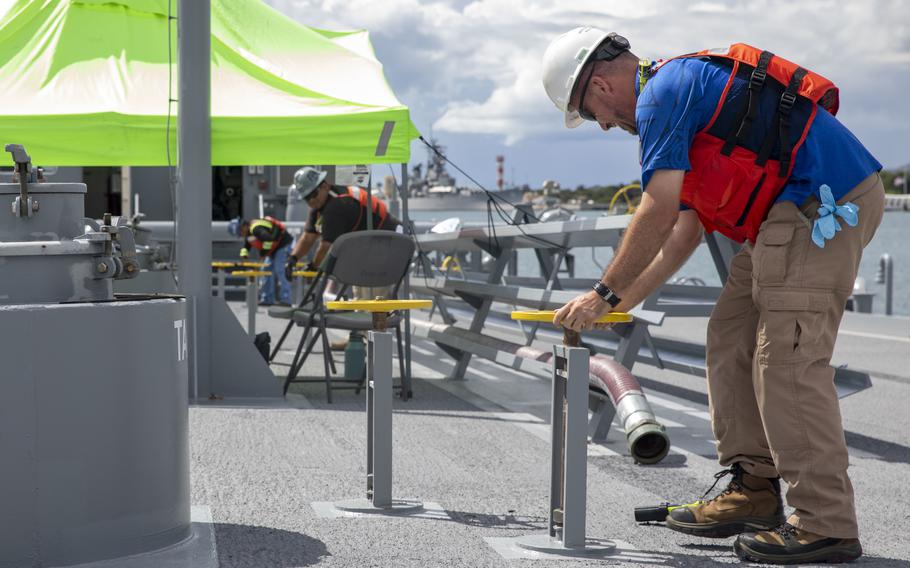 European diplomats trying to reach a deal to curb Russian oil prices are wrestling with an awkward truth: Moscow’s main benchmark crude is already trading below the levels proposed for the cap.

Talks have so far focused on levels from $62 to $70 a barrel. Those who want the oil to keep flowing want a high cap, while those prepared to choke off Russia’s vast crude supply are pushing for a lower one.

But the country’s flagship grade — known as Urals — plunged this month to just $52 a barrel at the nation’s key western export terminals in the Baltic and Black Sea, according to the market’s two preeminent pricing companies: Argus Media and Platts. That’s about $30 less than Brent. And it’s one reason why some European nations want the cap’s threshold to be lower than what’s currently on the table.

Among those eager to see Russian oil keep flowing is the U.S., which has pushed the idea of the cap as a way to soften EU sanctions. Washington feared that the EU sanctions were so strict they would lead to a ruinous spike in global oil prices. The cap is now a Group-of-Seven plan, but the EU has to find a common position before the G7 can move ahead.

As those talks in the EU drag on, the U.S. argues that focusing on $52 as a reference is too narrow.

“There’s this notion out there that somehow a very opaque price of Urals, which is the Russian crude, is at a certain price,” U.S. energy security adviser Amos Hochstein told Bloomberg Television. “Well, we don’t really always know what that price is, and it’s clearly come down. But just to remind folks, that Urals only represents a certain portion of Russia sales, they have other oil that comes out known as Espo and other grades, that are traded at different prices.”

Nevertheless, Urals is by far Russia’s main export grade, with flows running at about 1.76 million barrels a day this year, according to tanker tracking data compiled by Bloomberg. That represents about 60% of the country’s observed seaborne exports. Shipments from the country’s Asian ports amount to about 750,000 barrels a day, or 26% of the total. The rest is a combination of Siberian Light crude and grades shipped from the Arctic port of Murmansk, which will require long-distance transportation.

It is true that Asian prices are markedly higher — about $20 a barrel higher — according to Argus’s figures for the ESPO grade at the far east port of Kozmino.

ESPO (which stands for the initials of the pipeline that takes the crude from Siberia to the Pacific) is less sulfurous and lighter than Urals, typically making it more coveted by refineries. But what’s happened since the war started in February is that Urals -- which traditionally went west to European buyers but is now heading east -- has had to drop in order to attract buyers in Asia, according to Michael Carolan, head of EMEA crude pricing at Argus.

A recent hike in freight rates — in part caused by this additional demand for long-distance transportation -- has exacerbated this deepening in the Urals discounts, according to Carolan.

Shipping costs to Asia from Europe are currently around three times the 2021 average, meaning Urals must be priced at a substantial discount to compete with the more local grades to Asia, he said. ESPO by contrast has always been shipped to the buyers on its doorstep — China for the most part. And that is still the case.

It’s also true that the complexity and volatility of prices, coupled with the fact the cap is a new and untested instrument, is one reason why several countries want any agreement to include a regular revision mechanism.

“The difference between the lowest and highest price for Russian oil on a given day may be as big as $25 per barrel,” said Francesco Martoccia, an analyst at Citigroup Inc.

Under the cap, buyers will be able to access industry standard tanker insurance and reinsurance from U.K. and European companies, a prerequisite for trade. They’ll also be able to use the giant Greek tanker fleet. That’s provided they can prove they didn’t pay above the agreed cap level.

That means if the cap is set low, there’s a greater the chance that Russia might simply refuse to sell, thereby restricting supply. Moscow has repeatedly said it won’t sell to anyone signing up to the cap. Big buyers like China and India have not signed up, but if the threshold is set above market prices then buyer and seller can argue it’s business as usual — ignoring the cap but qualifying for the insurance and shipping services they need.