Turkey says Sweden, Finland must do more for NATO bid 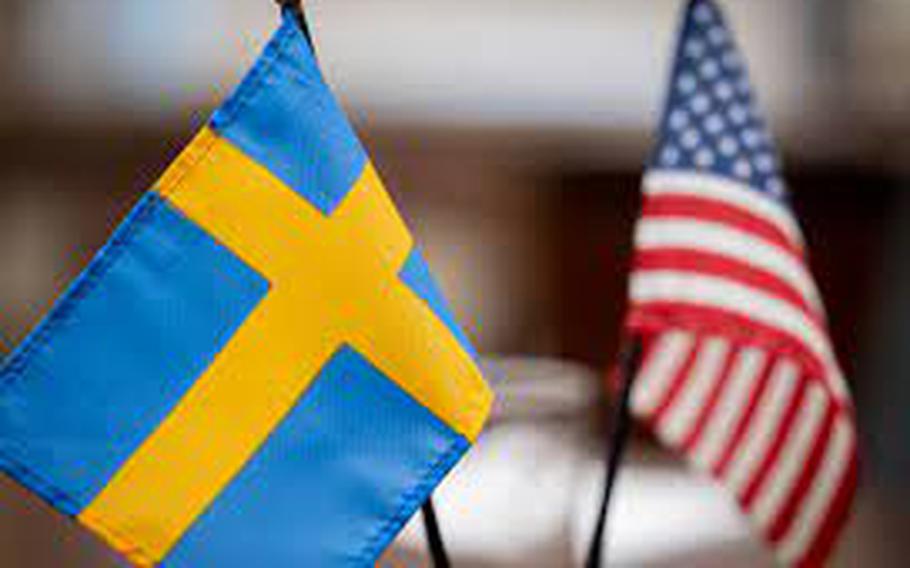 “There are still some issues, they made some progress and some steps were taken but at this moment it’s not sufficient enough,” Cavusoglu told Bloomberg on Tuesday before meeting his Swedish and Finnish counterparts on the sidelines of a NATO ministerial meeting in Bucharest. (WikiCommons)

Sweden and Finland have made progress toward winning Ankara’s approval for them to join NATO but they have to go further, Turkish Foreign Minister Mevlut Cavusoglu said.

“There are still some issues, they made some progress and some steps were taken but at this moment it’s not sufficient enough,” Cavusoglu told Bloomberg on Tuesday before meeting his Swedish and Finnish counterparts on the sidelines of a NATO ministerial meeting in Bucharest.

Turkey has been objecting to the two Nordic countries joining the North Atlantic Treaty Organization since they put in bids in May following Russia’s invasion of Ukraine. An agreement hammered out at the NATO summit in June allowed the process to move forward, and 28 of 30 allies have since ratified their entry, with Turkey and Hungary as the remaining holdouts.

The trilateral memorandum signed in Madrid laid out measures for Sweden and Finland needed to overcome Turkey’s objections. Now, Turkey wants Sweden to put an end to propaganda activities by supporters of separatist Kurdish militants who have waged a decades-old war for autonomy that has claimed tens of thousands of lives and cost Turkey hundreds of billions of dollars.

“They need to implement some articles of this memorandum and we will have an open, candid and friendly meeting here in Bucharest with my colleagues,” Cavusoglu said. “I hope to see some chances for progress and move forward and I need to show something to my people and parliament that they’ve delivered.”

Turkish President Recep Tayyip Erdogan is facing elections next year and is keen to consolidate nationalist support by pressuring the Nordic nations to crack down not only on supporters of the Kurdish PKK militant group -- already designated a terrorist organization by the European Union and the U.S. -- but also on affiliates such as the YPG militia in Syria.

Asked about what else his country can offer, Swedish Foreign Minister Tobias Billstrom told reporters ahead of the Bucharest meeting that “it boils down to a dialogue, we believe we’re on a steady path toward reaching all the conditions laid out in the memorandum.”

“I would like to underline though that there are things in this memorandum that are important to Sweden as well,” Billstrom added. “For instance the data cooperation between crime-fighting authorities, this is important because we see people who committed crimes in Sweden go off to Turkey and we want to have them back in order to fulfill the process of carrying out justice.”

Turkey last week summoned Sweden’s ambassador to Ankara after sympathizers of Kurdish militants displayed what Ankara called “terrorist propaganda” on the facade of Turkey’s embassy in Stockholm. The incident took place just days after a deadly bomb attack in Istanbul allegedly by militants linked to the PKK and YPG, according to the Turkish government.

NATO membership for the two militarily non-aligned countries would mark a significant shift in the European security landscape after Russia’s invasion of Ukraine, and offer more protection to the exposed Baltic countries on the alliance’s eastern frontier.