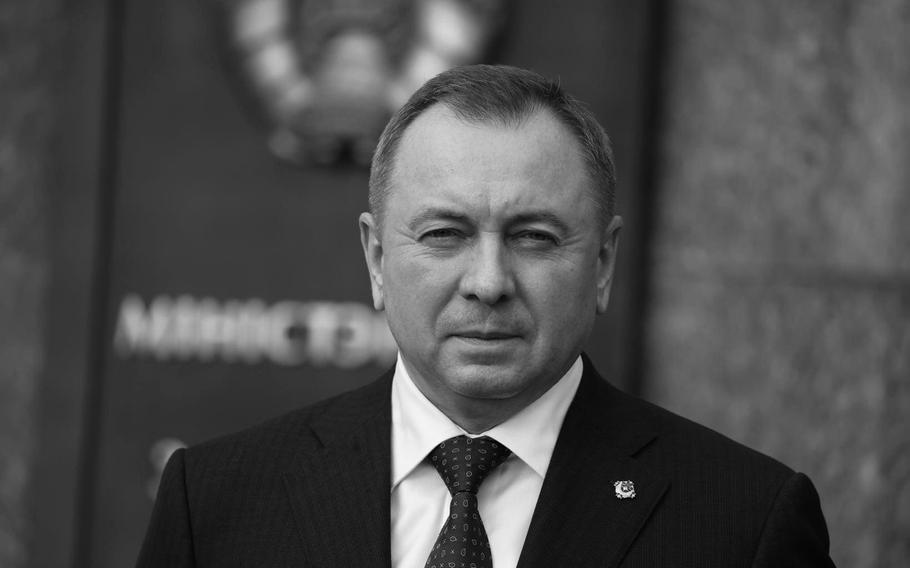 On Facebook, the ministry wrote Saturday that Makei "died suddenly today." It also posted a picture of Makei on Twitter, writing in English that he "has passed away," without saying where or how he died. He was 64.

The ministry did not immediately respond to a request for comment. State media outlet Belta reported his death, citing a ministry spokesperson, but also did not provide further details.

Makei had for years been in the orbit of Belarusian President Alexander Lukashenko, becoming foreign minister in 2012. Previously, Makei served as an assistant and later as chief of staff to Lukashenko, according to a biography on the ministry's website, which says he was married and had three children.

"Vladimir Vladimirovich Makei was a true friend of Russia, who made a unique contribution to the comprehensive development of broad bilateral cooperation, the integration construction of the Union State, the strengthening of ties between the fraternal peoples of Russia and Belarus," the ministry said.

Maria Zakharova, a Russian Foreign Ministry spokeswoman, said in a Telegram post Saturday that "we are shocked" by the reports of Makei's death.

Throughout the war in Ukraine, Belarus has remained a close ally to the Kremlin: Lukashenko has hosted Russian troops and equipment, allowed Russia to use his nation as a launchpad for airstrikes against Ukrainian targets, and detained hundreds of antiwar demonstrators.

In September, Makei said in remarks at the United Nations General Assembly that "it is the collective West that should fully bear the responsibility for the ongoing bloodshed in Ukraine," and that the West had "made this conflict inevitable."