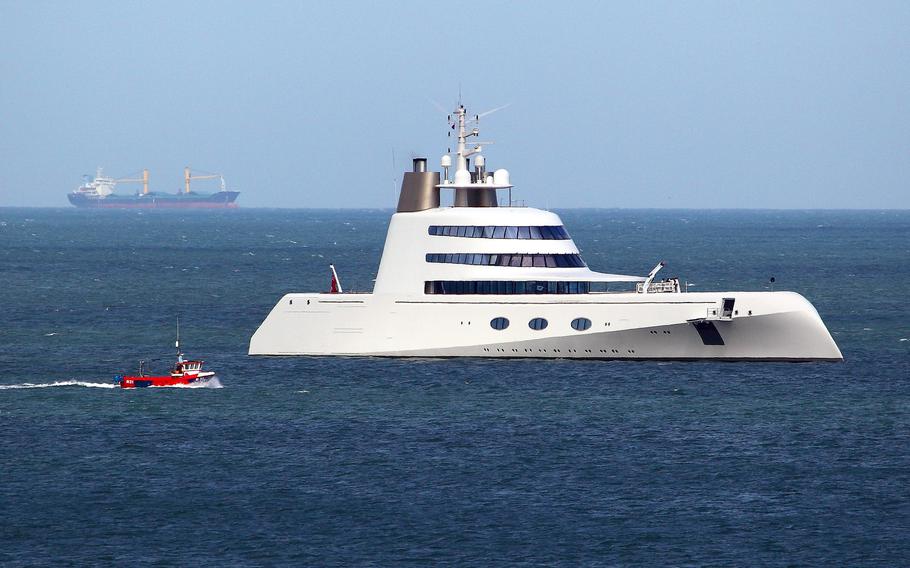 The man spearheading the U.S. hunt for the yachts, private jets and cash stashes of sanctioned Russians warned they may struggle to hide their riches in even the most far-flung parts of the globe.

The Justice Department’s “KleptoCapture” taskforce has been at the forefront of holding sanctioned Russians to account since the President Vladimir Putin’s invasion of Ukraine.

The team, which has so far seized “multiple hundreds of millions of dollars” worth of assets, will continue to make “arrests around the world, in pockets of the world where people might otherwise think that they are safe from arrest,” Andrew Adams, the prosecutor leading the initiative, said in an interview with Bloomberg.

In the weeks after the February invasion of Ukraine, western governments moved quickly to clamp down on the movement of Russian assets, often cloaked by complicated ownership structures.

The U.S. set up the inter-agency taskforce in March to pursue assets of Russians subject to sanctions and issued a flurry of warrants to seize superyachts in Spain and Fiji and ground private jets in Dubai. Other wealthy Russians sought to evade penalties by sailing yachts to jurisdictions that are not enforcing western sanctions.

The group has overseen high-profile indictments of Russians, including metals billionaire Oleg Deripaska — accused by the U.S. in September of violating sanctions in a bid to ensure two of his children gained U.S. citizenship.

In a separate case also announced last month, three people were arrested in Latvia and one in Estonia on charges of violating U.S. export laws by sending a grinding machine to Russia that could have been used in nuclear proliferation and defense programs.

All of the actions the unit has taken — including seizures and arrests in the U.S. — have involved at least some direct assistance from foreign counterparts, Adams said. “We simply cannot do this work without building international cases against the targets that we’re going after.”

He’s in Paris and Brussels this week to meet with the French Justice Ministry and the European Commission while other members of his team travel to Monaco and London, all in the pursuit of blocking additional Russian assets.

Adams was previously co-chief of the money laundering and transnational criminal enterprises unit at the Southern District of New York. He said one of the taskforce’s “top priorities” was looking at whether cryptocurrencies were being used to fund Russian paramilitary groups. He’s working with members of the U.S. Congress on legislation that would allow funds obtained from forfeiture proceedings against Russian assets to be used to help Ukraine.

“That’s a critical piece that we’re working with people on the Hill to craft,” he said. “Beyond that we have tools available to take significant action.”