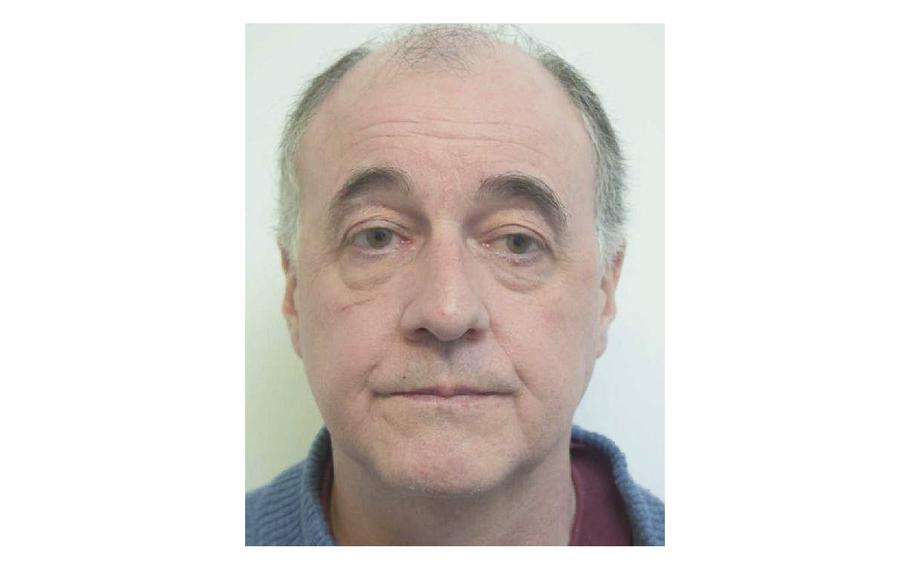 Former embassy guard David Ballantyne Smith as seen in a booking photo. According to reports on Saturday, Nov. 12, 2022, Smith has admitted to spying for Russia while working at the British Embassy in Berlin. (Met Police)

LONDON — A former British security guard has pleaded guilty to spying for Russia when he worked at the British Embassy in Berlin, including giving a Russian military attaché details of the identities and phone numbers of British civil servants.

The charges also involved collecting video recordings of CCTV footage and unauthorized photocopies of documents, as well as information on the layout of the British embassy, that was calculated to be "useful to an enemy, namely the Russian state," according to the indictment. It said the offenses were committed between October 2020 and August 2021.

David Ballantyne Smith, 58, who worked as a security guard at the British embassy in Berlin, was extradited to the United Kingdom in April after his arrest last year by German police on suspicion of passing information to Russian intelligence in return for cash. He could face up to 14 years in prison after pleading guilty at London's Central Criminal Court, known as the Old Bailey, to eight charges under the country's Official Secrets Act.

Prosecutors argued Smith was fueled by a hatred of Britain and angry that the embassy had flown an LGBT+ flag, while his lawyer said the defendant contested the prosecution's depiction of his motivation, according to the BBC. It said Smith pleaded guilty to the charges last week, but reporting restrictions were lifted Friday after the prosecution indicated it would not seek a trial on a ninth charge.

A string of arrests and suspects allegedly linked to Russian intelligence have put authorities on guard around Europe, as tensions rise between Moscow and its European neighbors over the Kremlin's war in Ukraine. Hundreds of embassy staff have been expelled in a diplomatic tit-for-tat, including some on charges of spying.

As European security officials warned about Russian espionage, Norwegian authorities said last month they had arrested a man claiming to be a Brazilian researcher but accused of being a suspected Russian spy.

The Swedish Prosecution Authority announced Friday that it had also indicted two men "for gross espionage on behalf of the Russian Federation," as well as unauthorized "handling of secret information" for one of the men, without elaborating. Sweden's national public broadcaster reported that the two Swedish men, detained about a year ago, were brothers and that one of them had worked for the country's intelligence service.