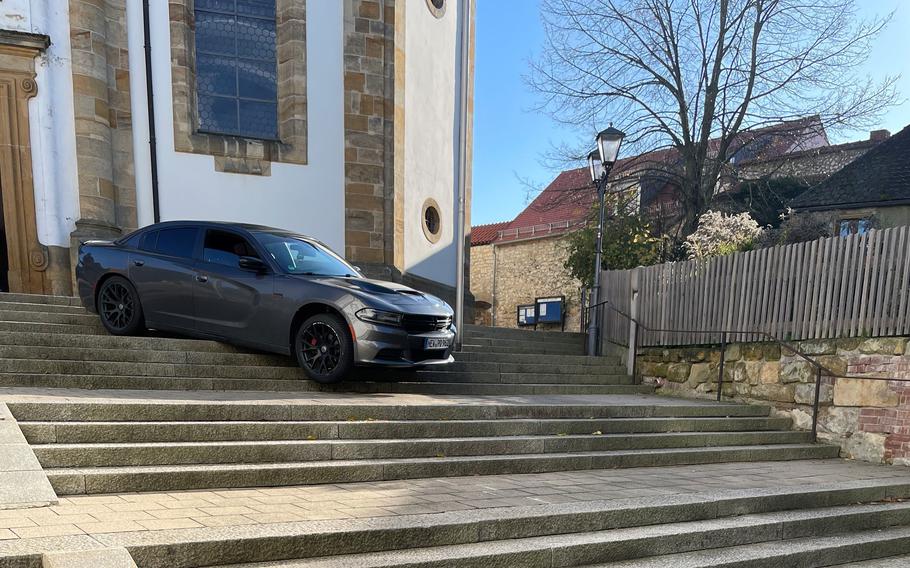 An American driver followed his car’s GPS around a construction zone and found himself on the front steps of St. Aegidius parish church near the market square in Vilseck, Germany, on Oct. 27, 2022, according to local police. (Vilseck police)

VILSECK, Germany — St. Aegidius parish church has been renovated many times since the 12th century, but no one ever adorned it with an American muscle car until recently.

A 20-year-old American was driving through construction near the market square in the small Bavarian village of Vilseck on Thursday when his navigation system led him down the wrong path, Vilseck police said Wednesday. Police did not disclose the American’s identity.

The navigation guidance took the driver down the church steps, where the car got stuck, police said. 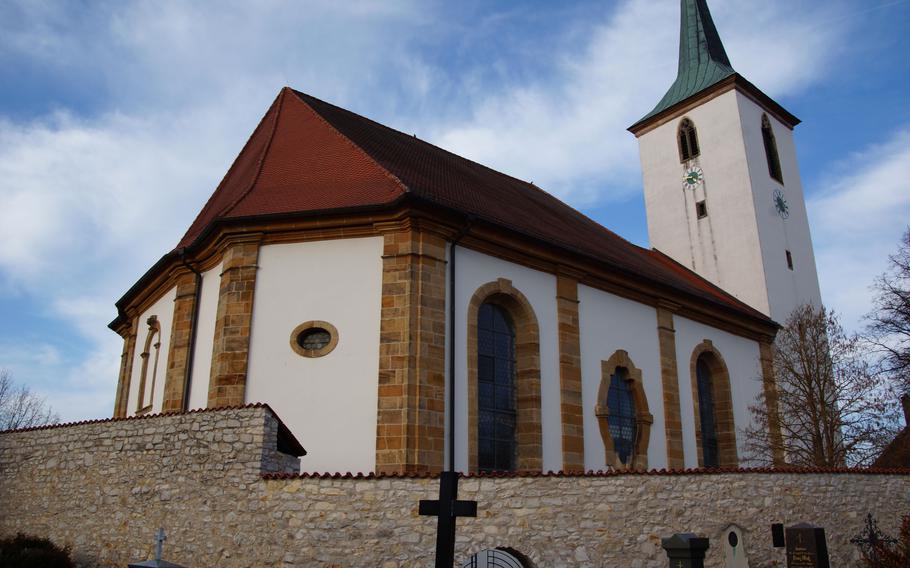 St. Aegidius church in Vilseck, Germany, traces its lineage to the early 12th century. An American driver in the town, which includes a large U.S. Army base, followed his car's GPS around a construction zone, Oct. 27, 2022, and ended up stuck on the church's front steps. (DALIBRI/Wikimedia Commons)

A towing company removed the car the same day. There was no damage to the stairs, and Vilseck police let the newly licensed driver off with a warning.

Pictures of the late-model Dodge Charger parked on the church’s steps soon made their way into regional newspapers after police announced the incident last week.

Those reports didn’t mention the driver’s nationality. But U.S. soldiers in the town, which hosts a portion of the largest Army training ground in Europe, came to their own conclusions.

That make and model are rarely seen at dealerships in Europe other than those on U.S. bases. 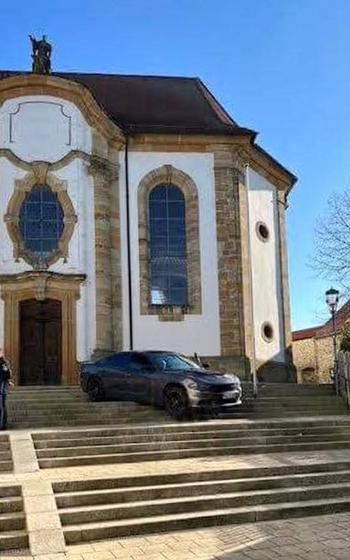 An American driver followed his car’s GPS around a construction zone and found himself on the front steps of St. Aegidius parish church near the market square in Vilseck, Germany, on Oct. 27, 2022, according to local police. The town has a large U.S. Army presence. (Facebook)

The photos soon showed up on U.S. Army WTF! Moments social media sites under the headline, “Nothing more American than parking your 17% interest dodge charger on the steps of a German Church #usausausa.”

The post attracted more than 800 mostly snarky comments, some of which thought that 17% might be a good rate for a young soldier with little or no credit.

The 2022 Charger’s sticker price of $30,940 is a few thousand dollars more than the basic annual pay of a private first class with less than three years of service.