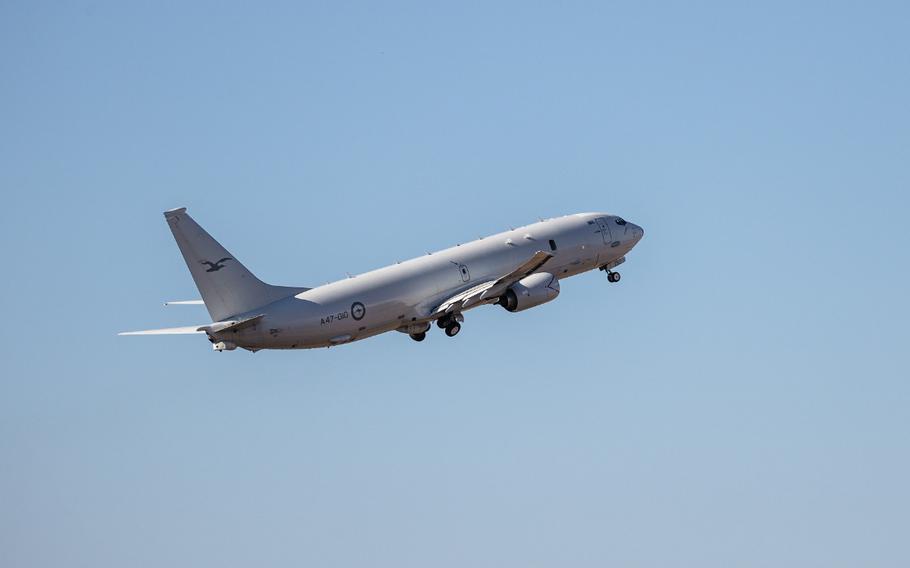 An Australian P-8A Poseidon made a three-day journey from its base in a suburb of Adelaide to join up with the NATO mission out of Sigonella, Italy.

The Australians brought a 45-man crew and flew missions between Oct. 3 and Oct. 14 in support of Operation Sea Guardian.

The deployment was an outgrowth of efforts by NATO to establish closer ties with Indo-Pacific partners such as Australia.

In June, the Australian prime minister and counterparts from several other Pacific partner countries attended a NATO heads of state summit for the first time.

During the meetings in Madrid, leaders agreed to a new strategic concept, which identified the Indo-Pacific as a region with broader security implications for security in Europe. It called for closer ties with Pacific partners.

The new focus on the Indo-Pacific is connected to heightened allied concern about China’s military and economic ambitions.

In the NATO strategy, the alliance called out China, describing its “malicious hybrid and cyber operations and its confrontational rhetoric” as harmful to member countries’ security.

Ultimately, the mission over the Mediterranean served as a testing ground for ensuring that Australia’s air force can integrate into NATO operations.

“This deployment was also more than just the aircraft,” Australian air force Cmdr. Adam Saber said in a statement. “It meant our maintenance team working with the host squadrons, our communications specialists and intelligence team connecting with the NATO networks and our logistics personnel moving mission equipment in and out of Europe.”