What is martial law, and why did Putin impose it in Ukrainian areas? 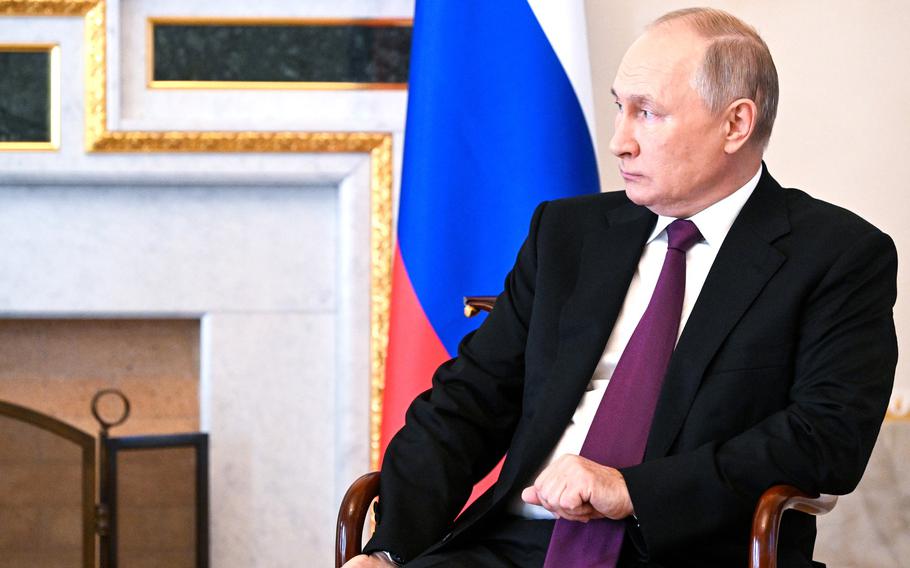 The four occupied regions of eastern and southern Ukraine are the focal point of the conflict. Moscow annexed the territories last month after staged referendums, in a move that Ukraine and the international community do not accept.

In practice, what will change on the ground in highly militarized regions already under military occupation, or under contest in Ukraine’s counteroffensive, remains unclear. The main change could be a new degree of cover for military actions under Russia’s legal system.

Here’s what you need to know about Putin’s imposition of martial law.

What is martial law?

“Martial law essentially means the suspension of the normal governance of the economy, of the rule of law,” said Max Bergmann, director of the Europe program at the Center for Strategic and International Studies. “It allows the military to seize civilian assets, buildings, deploy resources as needed. And essentially enables the military to call the shots.”

How will life change in the illegally annexed territories?

Moscow does not entirely control the four regions, so it’s unclear whether Russia will be able to effectively implement the provisions, or how they will diverge from existing conditions under military occupation.

According to Bergmann, the decree serves as “a formalization of a lot of what was already taking place on the ground.” It does away with the notion that these regions had elections, are “happily part of Russia and are being administered in a civilian capacity,” he said. It “gets rid of the facade and says, ‘Well, we’re just militarily occupying these regions.’ And that’s an important signal.”

The move could also serve as an opportunity to acquire and mobilize more resources for Russian troops, he said.

Moscow has not declared martial law since the Soviet Union, which preceded modern Russia, imposed it during World War II.

“During the Soviet period, Russia fought a number of wars, but it did so through its regular forces. It didn’t have to do the mass mobilization needed [now],” Bergmann said. In the past few decades, Russia invaded neighbors Georgia and Ukraine, and intervened in Syria, but those conflicts didn’t require a “mass mobilization.”

“There’s a real disconnect in the propaganda that Putin has used to sell the conflict and the sacrifices that the Russians are being asked to make,” he said. “The Russian people were told this was a special military operation and now are being mobilized like it’s World War II.”

What broader impact could the decree have?

In addition to declaring martial law, Putin has imposed “response levels” in 26 regions, including Moscow, which some experts say could have wider repercussions for Russia domestically.

In Russian regions that are close to or border Ukraine - Krasnodar, Belgorod, Bryansk, Voronezh, Kursk and Rostov,, as well as Crimea, the restrictions impose some wartime measures but are a step lower than the “maximum response” the Kremlin introduced in the occupied Ukrainian territories.

The measure could mean a new level of control over industries, repurposing them to support the military.

“What we see is sort of a ‘boiling frog’ strategy, where instead of announcing every major step that would perhaps overwhelm the Russian public, the idea is to roll these out gradually,” Bergmann said.

The measures in illegally annexed territories could mean further forced deportations to parts of Russia. “Putin’s martial law in the annexed regions . . . is preparation for the mass deportation of the Ukrainian population to depressed areas of [Russia] in order to change the ethnic composition of the occupied territory,” tweeted Oleksiy Danilov, the secretary of Ukraine’s national security and defense council. But such deportations have long been underway.