EU backs sanctions against Iran over drone sales to Russia 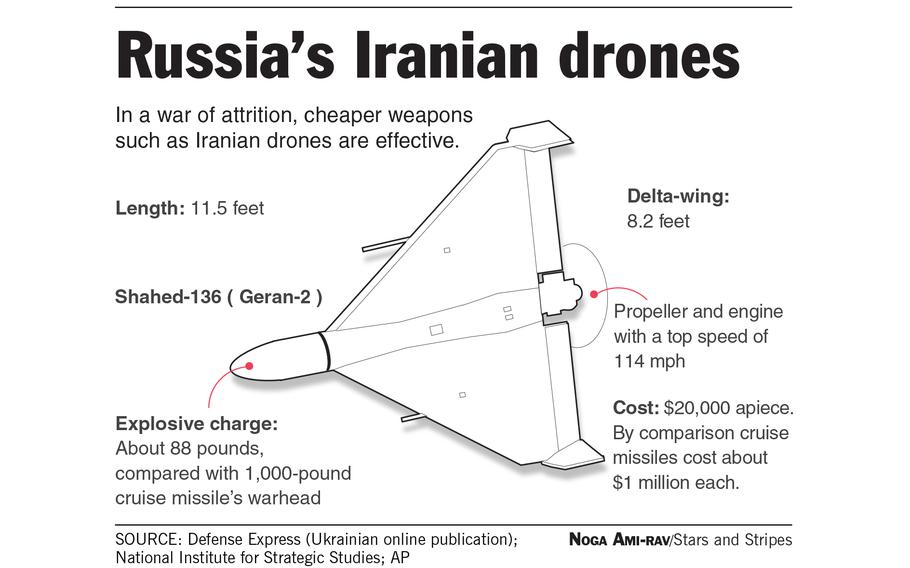 The European Union backed sanctions on three Iranian individuals and one entity for providing military support to Russia for its war against Ukraine and their involvement in providing Moscow with drones, according to people familiar with the matter.

An earlier proposal targeted Shahed Aviation Industries as responsible for the design and development of the Shahed series of Iranian drones that have been supplied to Russia and are currently being used in Ukraine, according to a document seen by Bloomberg.

The individuals are three senior generals, all with high-level supervisory positions and direct involvement in Iran's UAV program and its cooperation with Russia, the document showed.

E.U. ambassadors backed the sanctions Wednesday, with formal adoption due on Thursday, several officials said. The proposals could still change before they are adopted by member states. E.U. sanctions need the backing of all member states.

Iran has repeatedly denied exporting any weapons for use in the war in Ukraine.

The E.U. will also list two people and two entities under the bloc's measures linked to Russia's invasion, after they had previously been the target of restrictions as part of measures against Iran, according to the people.

The fresh package of measures on Iran comes just days after the E.U. sanctioned the country's morality police and other entities over its violent crackdown on protests and would represent the first time the bloc moved against another country besides Belarus over Russia's war in Ukraine.

E.U. foreign ministers discussed the alleged drone deliveries when they gathered in Luxembourg on Monday but didn't immediately agree to sanction the country on the issue. Some member states wanted to review evidence to confirm the Iranian drones were delivered to Russia after its invasion of Ukraine before imposing new sanctions against the country, officials have said.

Ukrainian officials have highlighted the use of Iranian-made drones in recent Russian attacks across Ukraine since mid-September, and the role they have had in targeting critical infrastructure across the country. Several reports and intelligence assessments have concluded that drones were most likely delivered during the summer.