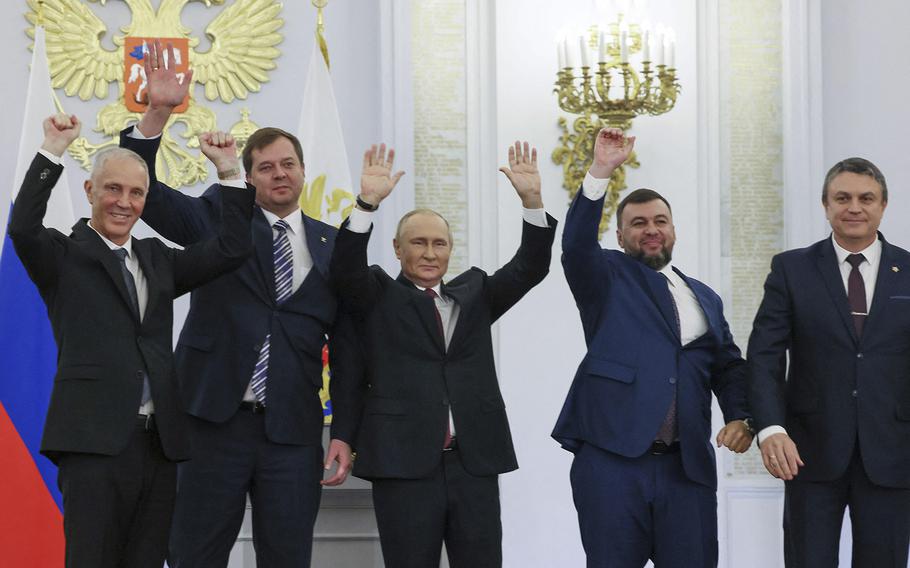 (Tribune News Service) — Vladimir Putin vowed Russia's annexation of four occupied regions in Ukraine is irreversible as he prepared to formalize Europe's biggest land grab since World War II, defying efforts by Kyiv, backed by the U.S. and its allies, to recapture its lost territory.