White House says Kremlin has been warned on nuclear weapons 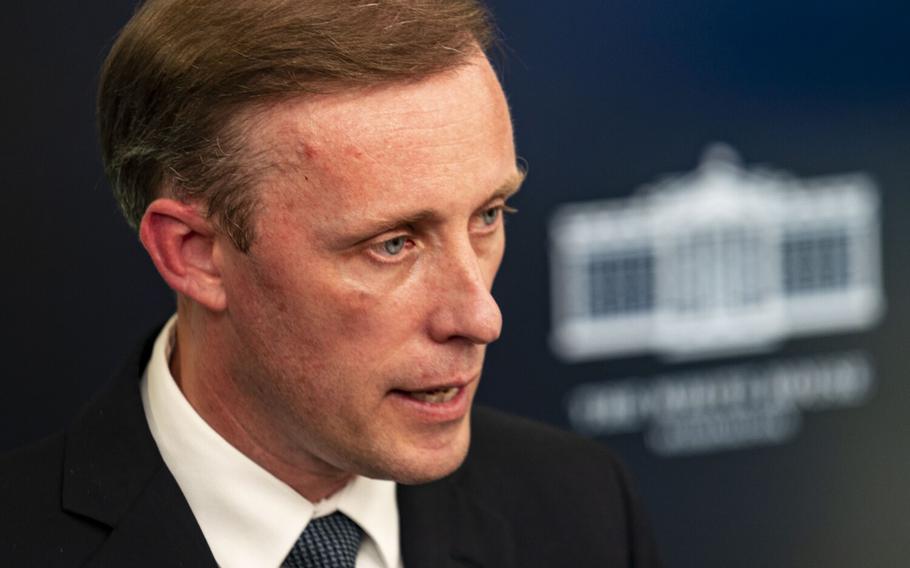 WASHINGTON (Tribune News Service) — President Joe Biden’s administration has privately told the Kremlin that any use of nuclear weapons in the war in Ukraine would have “catastrophic consequences” for Russia, White House national security adviser Jake Sullivan said.

Russian President Vladimir Putin renewed his warnings of a nuclear threat last week as he mobilized hundreds of thousands of reservists after Ukrainian forces recaptured a swath of Russian-occupied territory. Those nuclear threats are “a matter that we have to take deadly seriously,” Sullivan said on CBS’ “Face the Nation” on Sunday.

“We have communicated directly, privately at very high levels to the Kremlin that any use of nuclear weapons will be met with catastrophic consequences for Russia, that the United States and our allies will respond decisively, and we have been clear and specific about what that will entail,” Sullivan said.

“I think he didn’t anticipate the strength of reaction from the free world,” Truss said in an interview with CNN’s “State of the Union” broadcast Sunday. “And we should not be listening to his saber-rattling and his bogus threats.”

Sullivan said the U.S. also has made it clear in public that it would “respond decisively if Russia uses nuclear weapons and that we will continue to support Ukraine in in its efforts to defend its country and defend its democracy.”

He said that includes support for Ukraine’s drive to retake Russian-occupied areas.

The White House and the Russian government retain the ability to “speak directly at senior levels,” which has happened frequently in recent months and “even in just the last few days,” Sullivan said on NBC’s “Meet the Press.”

He said the U.S. hasn’t revealed specifics of those channels to ensure that they remain open, allowing the U.S. to tell Russia about the consequences if it “went down the dark road of nuclear weapons use.”