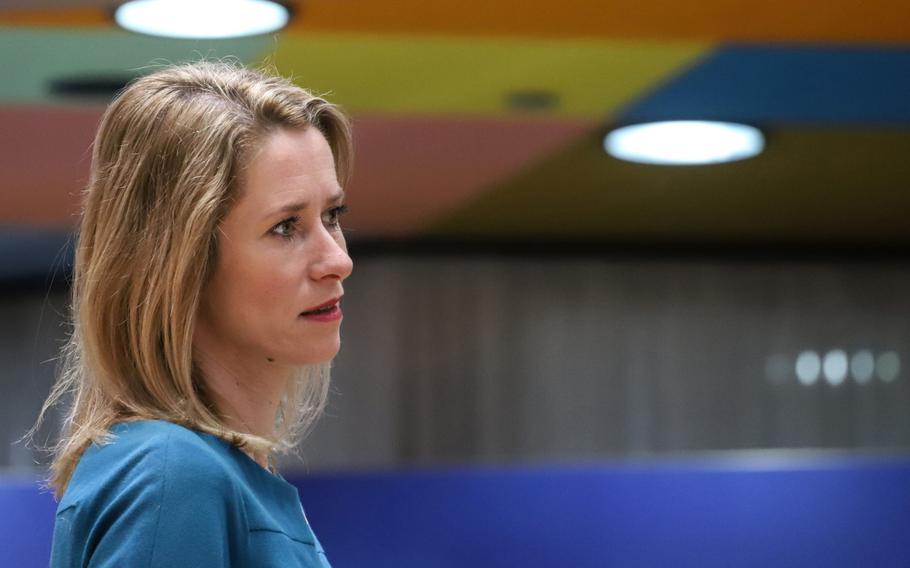 Estonian Prime Minister Kaja Kallas warned that Russia could be preparing to disconnect the three Baltic countries from its electricity grid, leading to potential blackouts amid a broader energy crisis.

The warning came as Russia delayed plans on Saturday to test the connection between its main power network with its Kaliningrad exclave, which is separated from Russia by Lithuania. The testing is seen by Estonia as a precursor to Russia cutting the Baltic nations from the shared grid.

"We have been preparing for desynchronization, or the disconnection of power grids, from Russia's frequency range for years, but if Russia does this abruptly, we may have blackouts," Kallas said in an interview with the Estonian public broadcaster Friday.

The Baltic nations - Estonia, Lithuania and Latvia - have taken a strong stance against Russia's invasion of Ukraine and stopped importing electricity from Russia after the start of the war. Even so, the region's electricity systems still depend on Russia for keeping the networks balanced.

With Europe racing to resolve a crippling energy crisis after Moscow crimped natural gas supplies, the Baltic nations have been working for years to phase out their dependence on Russian energy. The region could be synchronized with continental Europe's power system in a matter of hours, but a sudden disconnection might entail blackouts that could last a few hours or for days, the Estonian grid operator said.

Kaliningrad has previously conducted three separation tests, with the most recent taking place in 2021 and the longest test lasting 72 hours.