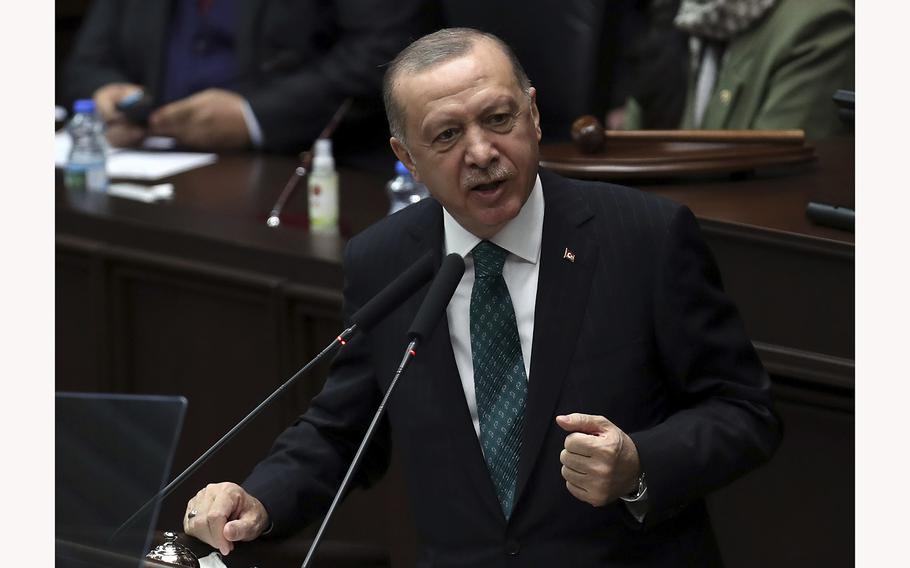 Erdogan made the announcement after attending the SCO summit in Uzbekistan on Friday where he held talks with leaders including China's President Xi Jinping and Russian President Vladimir Putin. A successful bid would make Turkey the first member of the North Atlantic Treaty Organization to join the bloc.

"Our relationship with these countries will be moved to a much different position with this step," Erdogan said about the SCO when he spoke with reporters in the city of Samarkand where the summit was held, according to Turkish state news agency Anadolu.

His remarks on Turkey's potential bid to join the SCO came as Erdogan sought, but could not yet secure, a one-on-one meeting with U.S. President Joe Biden during the General Assembly of the United Nations in New York, according to people familiar with the matter.

Turkey has been affiliated with the SCO since 2013, when it signed a partnership agreement. Full membership of the bloc would give Erdogan renewed leverage against the West and the prospect of stronger economic ties as the government attempts to stabilize a troubled economy ahead of next year's election. Apart from Russia and China, the eight-member SCO also includes India, Pakistan and Kazakhstan.