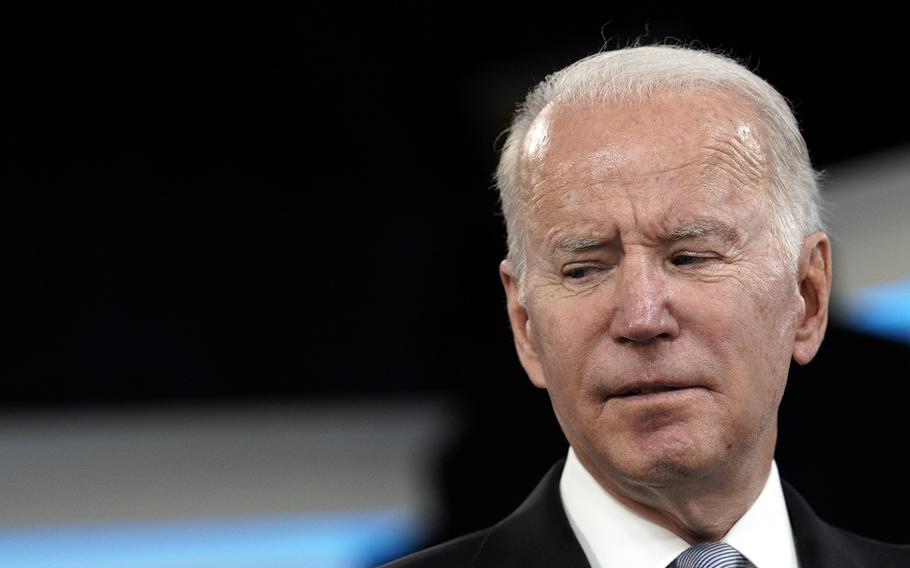 "Don't. Don't. Don't," Biden said in an excerpt from an interview with CBS's "60 Minutes" when asked what he would say if Putin were considering using tactical nuclear weapons or chemical weapons in the almost 7-month-old conflict. "You will change the face of war unlike anything since World War II."

Biden declined to specify the possible consequences, saying that "the extent of what they do" would determine the response.

"Of course, I'm not going to tell you. It'll be consequential," Biden said. "They'll become more of a pariah in the world than they ever have been. And depending on the extent of what they do will determine what response would occur."

Biden's full CBS interview will be broadcast on Sunday night.

Various Russian officials have issued veiled threats of nuclear escalation over Ukraine, including Foreign Minister Sergei Lavrov, who said in April there's a "serious" risk of nuclear war. Days after invading Ukraine, Putin ordered his country's nuclear forces on high alert for the first time since the end of the Cold War.

More recently, Defense Minister Sergei Shoigu told a security conference in Moscow on Aug. 16 that Russia had no plans to use tactical nuclear or chemical weapons in Ukraine.