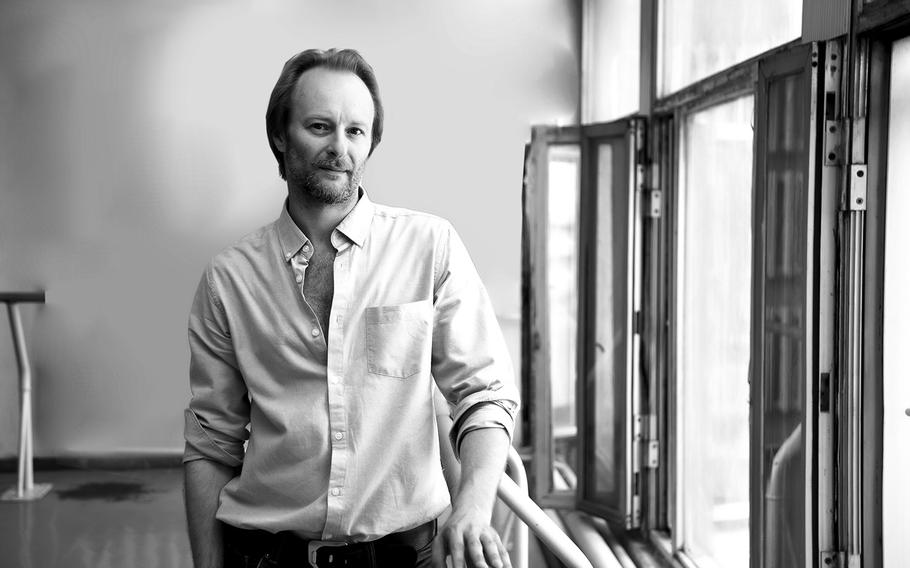 Oleksandr Shapoval had a 28-year career onstage and was teaching at the Kyiv State Choreographic College when the Russians invaded Ukraine in February, 2022. (National Opera of Ukraine)

The recent Ukrainian counteroffensive against Russian forces has been hailed as a surprising success, offering a jolt of optimism in a grueling nearly seven-month-old war. But the battlefield death earlier this week of beloved Ukrainian ballet star Oleksandr Shapoval, a father of two remembered as "a pure and bright soul," crystallizes the dreadful cost of the nation's military victories.

Shapoval's case is particularly poignant, because after a 28-year career onstage, and with no military training, he volunteered in April to help defend his country. As a member of the National Opera of Ukraine, he had danced the part of gallant romantics and dashing adventurers, and he'd earned the prestigious title Honored Artist of Ukraine. Shapoval retired in 2021 and was teaching at the Kyiv State Choreographic College when the Russians invaded in February.

Shapoval, along with countless Ukrainian civilians, joined the territorial defense forces, patrolling Kyiv's left bank, according to a statement from the national ballet. Then the 48-year-old Shapoval stepped up his military commitment - by joining the army. He trained as a grenade launcher and was sent to the front, where he died Monday in mortar shelling, the company said.

Shapoval's decision to enlist, when he could have remained in Kyiv, came as a shock, said ballerina Yuliia Moskalenko, 29, who danced with Shapoval at the national ballet.

"But I was also really proud of him," Moskalenko said in an interview Thursday from Miami, where she recently joined Miami City Ballet. "Proud that he's so brave and he went to fight for the independence of our country.

"It is thanks to people like him that now Ukraine gives a good rebuff to Russia," she continued. "On one hand it's good, but we understand what the price of it is. Inside, we all understand that behind our feat, a lot of our soldiers have died."

Moskalenko said she sees Shapoval's sacrifice as a double tragedy: for his family - his wife, 22-year-old son and 16-year-old daughter - and for the nation and its culture.

Indeed, the war's toll on Ukraine's arts has been devastating. Since the war began, artists have fled the country, some perhaps temporarily, but some may never return. Ukrainian ballet students and professional dancers have been taken in by academies and companies around the world.

And in the tightknit world of ballet, where students learn from personal attention rather than from books, scripts or scores, the loss of even one teacher with the breadth of experience and personal qualities of Shapoval can leave a significant hole. It means one less artist participating in the vital, hands-on chain of transmission upon which ballet depends - a chain of human contact, through which the secrets of interpretation and technique are physically passed from teacher to student through time. And from the veteran artist to a new member of the corps de ballet.

Shapoval "was an incredible dancer, very talented and charismatic," Moskalenko said. "He not only acted on the stage, he lived on the stage. He was very emotional, and he made it easy for me, as his partner, to live with him onstage."

More than that, she said, "he was an incredible person. Everybody loved him. He was very kind, with a pure and bright soul. He was helpful with anything. If you want to try something new by yourself in the studio, he tried to help you, he tried to teach you. He spent his time to help you."

Moskalenko, who is active on Instagram (@juliamoskalenko_), has started a fund for Shapoval's family. They had fled Kyiv after the invasion but are returning for the dancer's funeral Friday at the National Opera House of Ukraine, she said.

"He was an example that it doesn't matter what your occupation is but what kind of person you are inside. And in the case of Oleksandr," Moskalenko said, "he was a true hero - not only on the stage, but in real life."