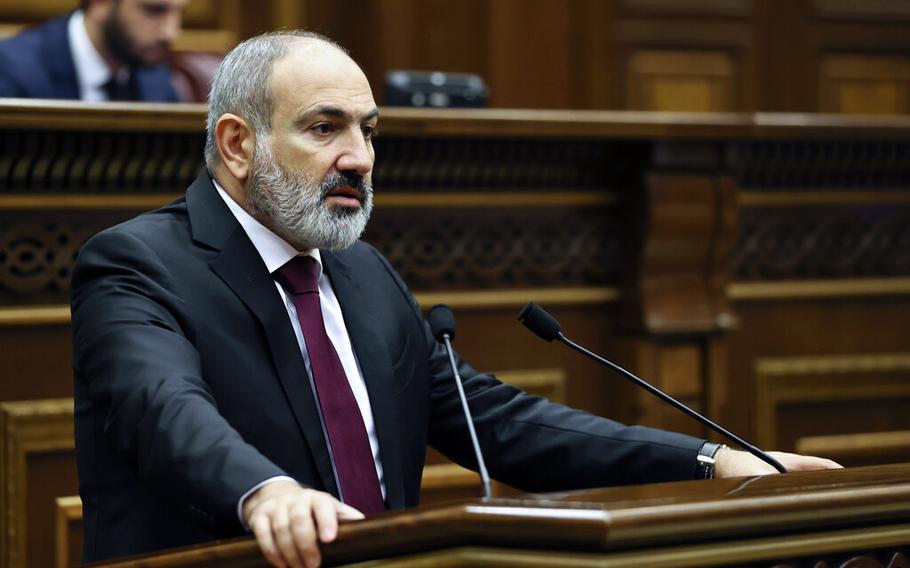 Azerbaijan and Armenia reported that a truce appeared to be holding after border clashes that killed more than 200 troops on both sides in the worst fighting between the Caucasus neighbors since a 2020 war.

Armenia and Azerbaijan blame each other for starting the fighting that began in the early hours of Tuesday and spiraled into the worst confrontation since a 44-day war over the disputed territory of Nagorno-Karabakh in 2020 that killed thousands of soldiers on both sides until Putin brokered a truce.

While Azerbaijan and Armenia have held talks to try to delineate their common border and open up transport routes as part of the cease-fire accord, they have yet to reach a final peace agreement.

The two countries should negotiate a peace treaty without "artificial delays," including on mutual recognition of their territorial integrity, Azerbaijani President Ilham Aliyev said Friday at a Shanghai Cooperation Organization summit in Uzbekistan. He's due to meet Putin for talks on the sidelines of the summit.

Azerbaijani forces have advanced as much as 4.7 miles into Armenia's territory as a result of the fighting, the head of the Armenian armed forces told foreign envoys during a visit Friday to the southern city of Jermuk.

Blinken has assumed a key role in the effort to end the clashes and secure a permanent cease-fire, a senior State Department official said Thursday, asking not to be identified discussing the diplomatic overtures. While a truce is in place, the official said much more must be done to address the causes of the conflict and put in place a formal peace process.

U.S. House Speaker Nancy Pelosi will travel to Armenia at the weekend in a show of support, Politico reported Thursday, citing two people familiar with the plan that it didn't identify.

A fact-finding mission from the Russia-led Collective Security Treaty Organization is in Armenia after Pashinyan formally invoked the defense pact and requested assistance from Moscow and other former Soviet republics to protect its sovereignty.

"Armenia's position is that Azerbaijan should withdraw its military forces from the territory of Armenia," he told the government meeting.