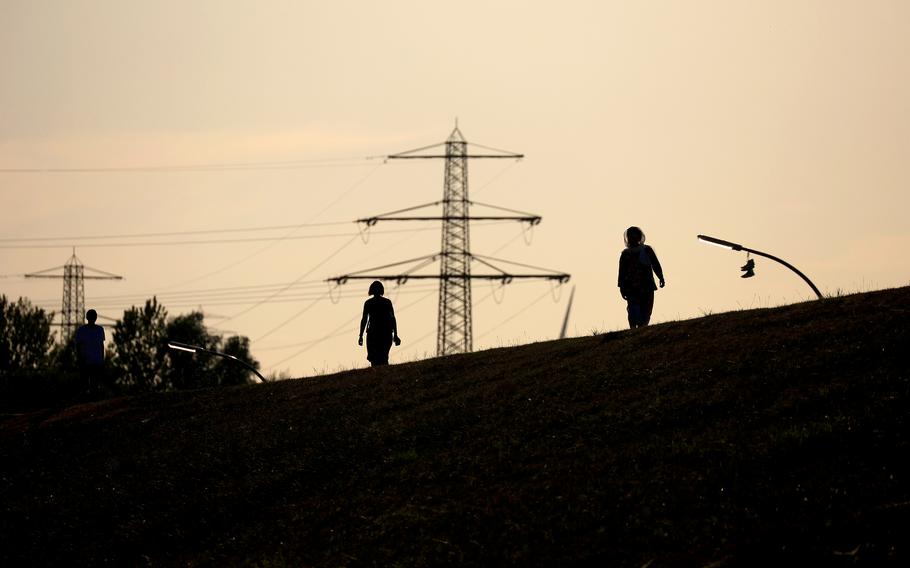 BRUSSELS — Faced with an “astronomic” rise in energy prices, European Union ministers will meet on Friday to discuss emergency measures to get their nations through the cold months ahead without additional social and economic upheavals.

The European Commission has asked countries to consider five immediate moves including a plan to redistribute some energy producers’ windfall revenue to businesses and households, a price cap on Russian pipeline gas and mandatory targets for reducing electricity use during peak hours, among other possible steps.

The potential plan underscores the widespread sense of alarm across Europe as the fallout from the war continues to weigh on European economies. It comes just days after energy giant Gazprom suspended the flow of gas through a key pipeline — a move initially blamed on technical issues until the Kremlin stepped in to say it was in fact about Western sanctions.

“We are facing an extraordinary situation, because Russia is an unreliable supplier and is manipulating our energy markets,” European Commission President Ursula von der Leyen said Wednesday, outlining the commission’s plan. “Our unity and our solidarity will ensure that we will prevail.”

But for all the talk of solidarity, the E.U. remains divided on the details, with some countries expressing skepticism about windfall taxes and others worried about the idea of a gas price cap. Some would like to tweak the bloc’s power market, while others want an overhaul, including the total decoupling of gas and electricity prices. “The devil is in the details,” said a senior E.U. diplomat, speaking on the condition of anonymity to discuss behind-the-scenes talks.

As Europe seeks common ground in the days and weeks ahead, Russian President Vladimir Putin will be looking to exploit the differences in position, playing countries with different levels of dependence on Russian energy off against each other to weaken the West’s response, said Simone Tagliapietra, an energy expert at Bruegel, a Brussels-based think tank. “For Russia, this is about divide and rule,” he said.

In the more than six months since Russia launched its full-scale invasion, the E.U. has been trying to weaken Russia’s energy leverage — with mixed results.

Russian pipeline gas now makes up 9 percent of E.U. gas imports, von der Leyen said Wednesday, not the 40 percent it was at the beginning of the war. The E.U. last week reached its goal to get gas stores to 80 percent well before the weather turns in November. As Europe’s reliance on Russian fossil fuels is waning, E.U. officials say, Putin is losing his grip.

For now, energy markets remain in crisis and E.U. countries are spending billions to subsidize electricity bills. Germany on Sunday announced plans for a nearly $65 billion relief package, with Chancellor Olaf Scholz vowing to clamp down on energy providers who are making “excessive profits.” Income from windfall taxes on such producers will be used to reduce consumer prices for gas, oil and coal.

The commission, the E.U.’s executive body, would like to see similar moves at the E.U. level, according to a paper they unveiled ahead of the summit. Von der Leyen on Wednesday outlined plans for what she called a cap on revenue of companies producing electricity at relatively low costs but selling it for high prices allowed under European market rules.

Wholesale electricity price have been soaring because they are currently tied to the cost of natural gas, which has been driven up exponentially by the Russian invasion of Ukraine. The current system inflates the cost of several other types of energy, such as solar power or electricity generated from waste-to-gas plants.

The commission aims to level out the costs and bring some consistency to electricity prices throughout Europe. It would create a de facto windfall tax on power producers that have been reaping record profits because of the high price of natural gas, using the revenue to lower consumer energy bills.

The plan is bold but it also carries significant risk. The underlying problem in Europe is demand for energy is far outstripping supply. Addressing that problem without substantially reducing demand or bringing more energy into Europe threatens to create market distortions that ultimately could exacerbate the shortages. The windfall tax, for example, could discourage companies from making new investments in desperately needed energy infrastructure. Price caps that lower the cost of energy may motivate consumers to use more of it, aggravating the supply problem.

The plan addresses these issues by also including a provision that sets mandatory reduction targets for energy use during peak times. But implementing such reductions is a heavy lift, which would require countries to pay subsidies to compensate for the losses incurred as companies are forced to cut back their production. The plan is vague on exactly how those reductions would be enforced, leaving it to individual countries to “identify the best means to decrease total consumption.”

Another provision in the plan would attempt to cap the price of natural gas flowing to Europe from Russia. That would allow countries to keep buying Russian gas as long as the price does not exceed a certain threshold. The idea would be to set the price ceiling above production costs but below current prices, encouraging Russia to keep gas flowing, but limiting profits.

“We must cut Russia’s revenue which Putin uses to finance this atrocious war in Ukraine,” von der Leyen said Wednesday.

But some countries and analysts are skeptical about how effective this would be, considering Russia already has the upper hand on gas supplies and has been using it as an economic weapon against Europe. Russia could use the measure to justify further disruptions or to cut off the flow of gas to Europe.

Putin, for his part, has made it abundantly clear that any new measures will not go unanswered. In a speech Wednesday, he inveighed against the Group of Seven most industrialized nations’ price cap on Russian oil and warned of additional cutoffs to come.

Halper reported from Washington. The Washington Post’s Kate Brady in Berlin contributed to this report.