Russians back war in Ukraine, but report finds notable opposition 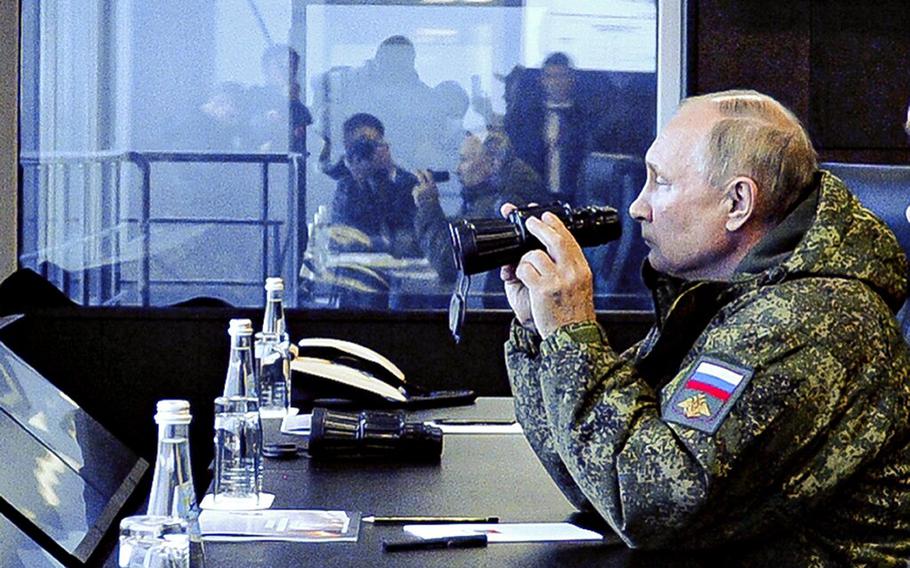 Russian public support for the war against Ukraine, while sky-high, is less solid than statistics generally suggest, according to an analysis by the Carnegie Endowment for International Peace, and has fallen in recent months with some supporters saying they are ambivalent, anxious, shocked or fearful about the ongoing military campaign.

Still, as Russian interest in the war wanes, many simply see it as a storm to be weathered before life returns to normal, the Carnegie report found.

And most Russians believe that their country could not be on the "bad side," while very few believe the country may be defeated, according to the paper by political analysts Andrei Kolesnikov of Carnegie and Denis Volkov, director of independent pollster the Levada Center.

The paper was based on polling from February to August by the center and on focus groups' work from March to May.

Kolesnikov and Volkov said the view, often prevalent in the West, that Russian President Vladimir Putin has the full support of Russian society is "simply incorrect." They argued that the true picture is complex.

"Rather than consolidating Russian society, the conflict has exacerbated existing divisions on a diverse array of issues, including support for the regime," they wrote.

Since the invasion on Feb. 24, "old friends have fallen out; parents and children are no longer on speaking terms; long-married couples no longer trust each other; and teachers and students are denouncing each other."

"Opinions are becoming polarized. Over time, polarized opinions are becoming radicalized. All of that points to growing conflict within Russian society," Kolesnikov and Volkov wrote, pointing to sharp differences between the 47 percent who definitely supported the war in June - described in Russia as a "special military operation" - and the 28 percent who mostly supported it.

Putin's massive crackdown on protests and independent media has succeeded in stemming public criticism of the war - which has been criminalized.

But unease about the war, even among those who profess to support it, underscores potential long-term political risks of a policy led by the president and a small group of hard-liners that appears to rely on militarization of society, indoctrination of schoolchildren, suppression of information about the war and jailing of those who dissent.

Even among those who said they supported the war, many were ambivalent. The 28 percent who mostly supported the war were more likely to express anxiety, fear or horror about it, according to Kolesnikov and Volkov.

Some supporters of the war were detached, preferring to "stay neutral" or saying that the government knows best.

But Russians ambivalent about the war could become "a reservoir for future discontent" for Putin and his regime, especially if the economic situation for ordinary Russians worsens, Kolesnikov said in the interview.

In the lead-up to the 2024 presidential election, when many expect Putin to retain office, Kolesnikov and Volkov predict an increasingly authoritarian shift, potentially involving a hunt for "national traitors" and show trials that would foster fear and deter dissent.

"Almost surely, there will be even greater pressure on dissenters, with a range of authoritarian tools and repressive laws," they wrote.

The 47 percent of strong supporters of the war tended to be dogmatic and proud of Russia's military actions, and appeared to adopt some of the Kremlin's most common propaganda, according to the analysis. "It's not like we are taking anything (that isn't ours)" was a typical focus group comment. "We're liberating (Ukraine) from Nazis and fascists" was another.

Those respondents were often men ages 45 to 50. "War is the locomotive of history," one said.

Many of them, dependent on state television for their news, said they believe Russia "never invaded anyone" and "only ever defended our borders," according to Kolesnikov and Volkov.

"No one in the entire world is listening to us. They all think we are the enemy, that we're the bad guys. How can we debunk all these fakes? We're doing the right thing in good conscience," one supporter of the war said, according to the analysis.

But Kolesnikov said nearly half of Russians who support the war also want peace talks.

Russian state television for years has portrayed Ukrainians as aggressors persecuting Russian speakers in eastern Ukraine where Moscow fomented a separatist uprising in 2014 and established pro-Kremlin proxies, shortly after invading and annexing Crimea in violation of international law.

Most Russians blame the West for the war and for the hardships in Russia caused by sanctions, while any information that contradicts the official state version "is rejected by many as lies, manifestations of Russophobia, or enemy propaganda," according to the paper.

Kremlin spokesman Dmitry Peskov said Tuesday that the war had united Russian society, not polarized it, claiming that support for Putin was gaining momentum.

He said "unprecedented events and tectonic shifts" had "led to the absolute consolidation of our society around President Putin. This can't be disputed. It is beyond doubt."

Peskov said a minority opposed the war, and those who broke the law (for example, by criticizing the law publicly, protesting or making comments on social media) were "held responsible in line with the law. Absolutely normal processes are underway."

The 20 percent opposed to the war are more likely to be young residents of Moscow or of other large cities who get their news from the internet, not state television. But only 9 to 10 percent of Russians were willing to protest, given the risk of being arrested, losing their jobs or going to prison. Some saw protests as pointless, believing they could change nothing.

"I went to a rally, and what happened? Did it change anything? Yes it did: I was fired!" one said, according to the paper.

Almost 16,500 people have been arrested since the invasion for protesting or expressing dissent, according to the rights group OVD-Info.

For many, the war - initially an unexpected shock - has become routine and faded into the background.

"Fewer Russians are paying attention. Concern over the conflict is waning," Kolesnikov and Volkov wrote. "The drawn-out hostilities are starting to be seen as something of a second pandemic: a storm that must simply be weathered, after which everything will return to the way it should be."

In March, about 45 percent of people "definitely approved" of Putin's actions as president, double the number in January. Around 38 percent "mostly approved," with reservations, for example, about the low level of pension payments.

"Right now we have to (approve). You can't oppose them when there is a war on!" one said, according to the analysis.