Biden-Truss era begins with caution, doubt and silence on trade 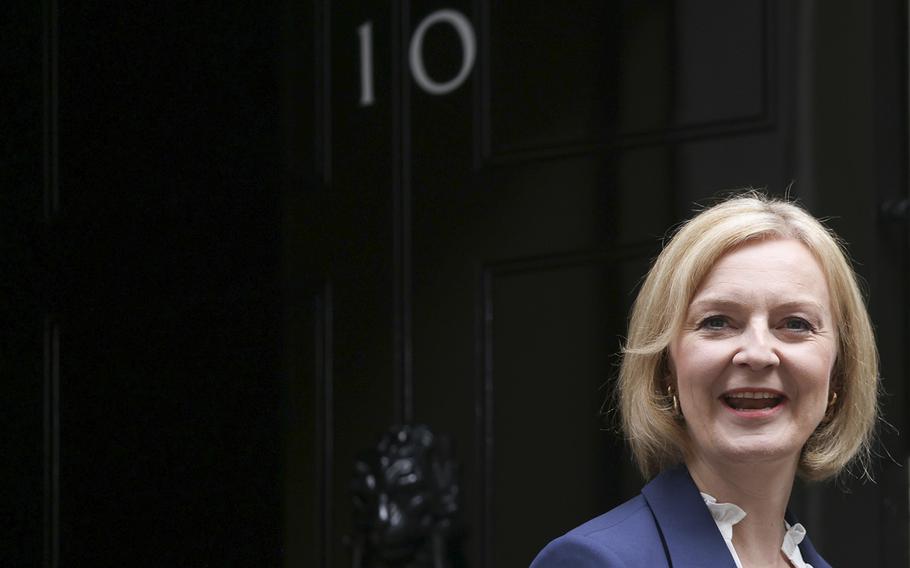 Joe Biden and the new U.K. leader, Liz Truss, are not entirely strangers. As foreign secretary, she sat in on an Oval Office meeting where the U.S. president hosted her flamboyant predecessor.

Now, almost precisely one year after Boris Johnson hopped on Biden's beloved Amtrak to tend to ties in Washington, Truss is seeking her own one-on-one. And the U.S. president is so far giving only minimal encouragement to a leader casting herself in the mold of stalwart conservatives he scoffs at and who has bristled at his support for Ireland over Brexit.

At stake is the state of the "special relationship," a term the U.K. press fixates on as a status symbol. It's undergone different iterations, from the bond forged during World War II between Winston Churchill and Franklin Delano Roosevelt to that of Ronald Reagan and Margaret Thatcher in the 1980s or George W. Bush and Tony Blair in the 2000s.

But it's been strained, including by the morass of Bush's war in Iraq and odd-couple pairings that followed. Now Biden's administration -- the U.S. president was Truss's second leader call as prime minister Tuesday, after Ukraine's Volodymyr Zelensky -- is papering over its own simmering doubts about the Truss era by signaling that it's the national relationship that's most special, almost regardless of the vagaries of who occupies the White House or 10 Downing Street.

The administration said Tuesday that Biden and Truss "reaffirmed the special relationship" and "expressed their readiness to further deepen those ties." It stressed cooperation on Russia, China and Iran. But some U.S. aides are privately expressing little hope for a close kinship between the two, according to conversations with several U.S. officials and people familiar with the U.S. view.

Biden's view was expressed as much by what his White House wouldn't say as what it did -- they were silent on Truss's request for a meeting, though it could yet be scheduled, and declined to comment on whether they want to kick-start talks on a U.S.-U.K. trade pact. The prospect of a bilateral trade deal was once held up as a chief incentive for Brexit, which Truss opposed before recasting herself as a hardline advocate. She came to Washington three years ago to push for a a pact on trade but talks have never fully launched.

It all portends a more transactional relationship, aligned on some issues while tensions linger on others.

"I suspect she'll be more likely than Boris Johnson has been in standing up to Joe Biden," said Nile Gardiner, director of the Margaret Thatcher Center for Freedom at The Heritage Foundation, a prominent conservative think tank that hosted Truss three years ago in a speech advocating for a U.S.-U.K. trade pact, talks on which are stalled. 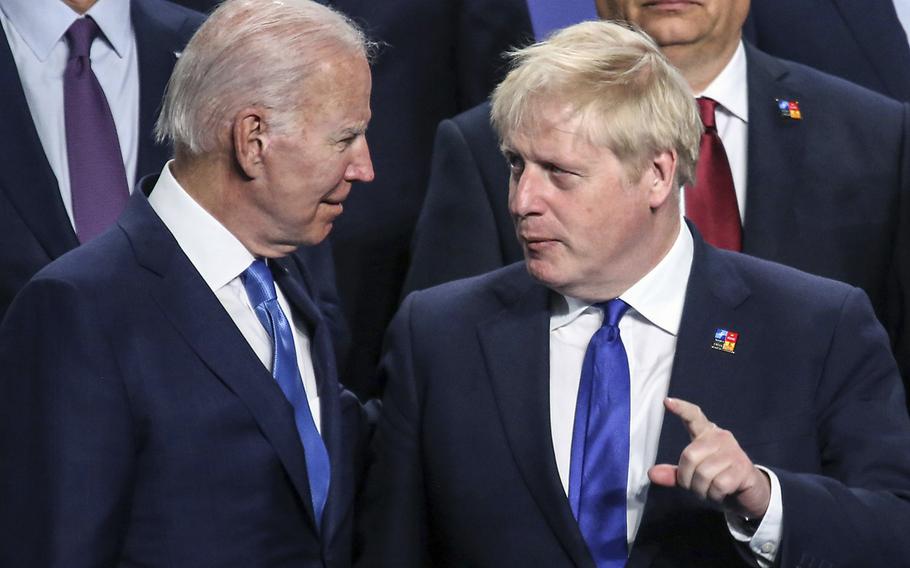 President Joe Biden and then British Prime Minister Boris Johnson speak with each other during a NATO summit in Madrid in June 2022. (Valeria Mongelli/Bloomberg )

The "Special Relationship" endures regardless changeovers in leadership, Gardiner said. "Having said that, there are significant tensions."

White House Press Secretary Karine Jean-Pierre declined comment when asked about the fate of those talks; A spokesman for the U.S. Trade Representative pointed to the "Dialog on the Future of Atlantic Trade" initiated earlier this year. All told, Truss's first day as premier ended with ambivalence about a meeting and public silence about new trade talks.

Truss has been irritated by Biden's comments on negotiations with the European Union over Northern Ireland, considering it a domestic issue that the U.S. should stay out of, according to an official familiar with her thinking. All the same, she considers their partnership on Ukraine to be far more consequential and sees this as the foundation for a strong relationship going forward, the official added.

Biden and Truss are cut from different cloths. Truss, 47, is a pro-Brexit Tory pursuing an overhaul along the border with Ireland who has drawn praise from American conservatives -- Biden's rivals. Biden, 79, is an avowed supporter of labor unions who cherishes his Irish heritage, and derides Reagan's legacy.

Truss's Washington speech three years ago saw her praise the U.S. -- then led by Donald Trump -- and recall her own time working there. "We share so much language and culture," she said.

But, as she rose in Tory ranks, she peppered in more skepticism. In a speech last year, Truss said she sees the relationship with the U.S. as "special but not exclusive," derisively likening jostling in London for attention from Washington to a beauty contest.

The U.K. shouldn't be "worried like some teenage girl at a party if we're not considered to be good enough," she added at the time. "I just don't see it like that." When it comes to another NATO ally -- French President Emmanuel Macron -- Truss has said the "jury's out" on whether he's a friend or foe.

She's also raised the prospect of new customs controls across the border with Ireland by threatening to tear up parts of the Brexit agreement, risking a U.S. rift. The White House flashed a warning sign on Tuesday. Biden "has been clear about his continued interest in Northern Ireland," Jean-Pierre said. In the U.S. -- with its large Irish diaspora and many lawmakers of Irish heritage -- support for the Good Friday Agreement runs far deeper than just Biden.

Biden and Truss "discussed their shared commitment to protecting the gains of the Belfast/Good Friday Agreement and the importance of reaching a negotiated agreement with the European Union on the Northern Ireland Protocol," the U.S. said after their call. Officials privately acknowledge that Biden and Truss aren't likely to be kindred spirits.

U.S. officials have publicly downplayed the tensions, with some saying flatly that the "special relationship" will endure and that they'd work to find common ground. "Our special relationship with the U.K. remains solid and strong and historically so," said John Kirby, a spokesman for the U.S. National Security Council, the White House's foreign affairs wing, speaking before Truss's victory was announced. Biden looks forward to working with whomever wins. "That will not change," he said.

Bloomberg's Alex Wickham and Kitty Donaldson contributed to this report.