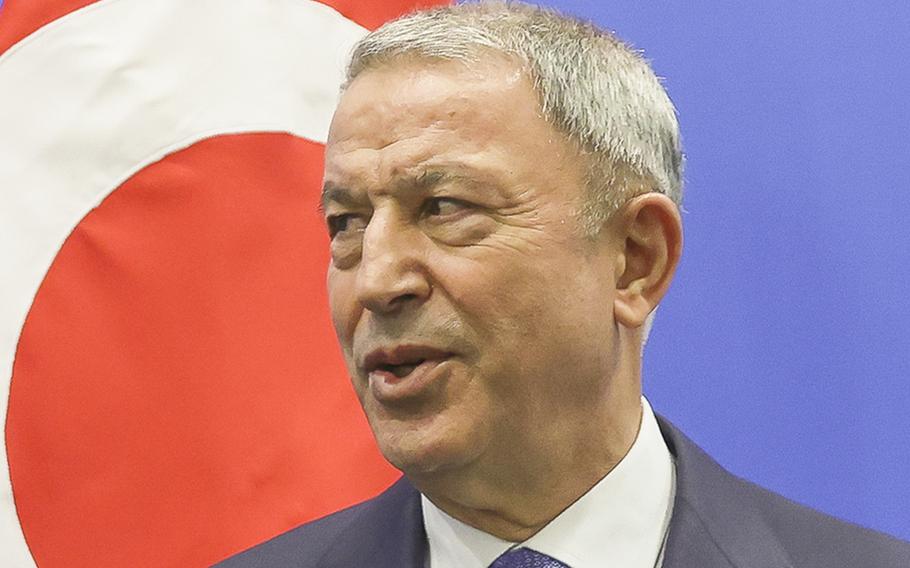 Turkey's defense minister was flown in an F-16 warplane over the Aegean Sea, a defiant gesture as the country is engaged in a deepening tussle over military use of airspace with rival and fellow NATO member Greece.

Hulusi Akar appeared at a military ceremony in central Eskisehir province on Friday, where he vowed that Turkey had "always responded to this impertinence of Greece and we will continue to do so." He was accompanied by Air Force Commander Atilla Gulan.

Tensions between the two neighbors are on the rise again. Turkey last month accused Greek forces of locking radar on a Turkish jet and promised to send records of the incident to NATO. Greece denied the claim.

"Radar lock" means that the radar system of a missile or fighter jet automatically follows a selected target, tracking its flight to be able to accurately strike. They are common in mock dogfights between countries that are not at war, where fighter-jet pilots confront each other by targeting their rivals, but refrain from actually shooting.

In another recent spat, Turkey alleged that Greece exceeded agreed-upon limits for military forces on some Greek islands in the Aegean. There's also an ongoing dispute over Turkey's natural-gas exploration in Mediterranean waters, where Cyprus and Greece also claim territorial rights.

Turkey has been seeking to upgrade its aging fleet of American warplanes after it was cast out of the program to help manufacture and buy the next-generation F-35 fighter.

Turkey has declared it won't accept pre-conditions over the use of any newly supplied F-16s.