Ukrainians describe beatings and torture while held as Russian POWs 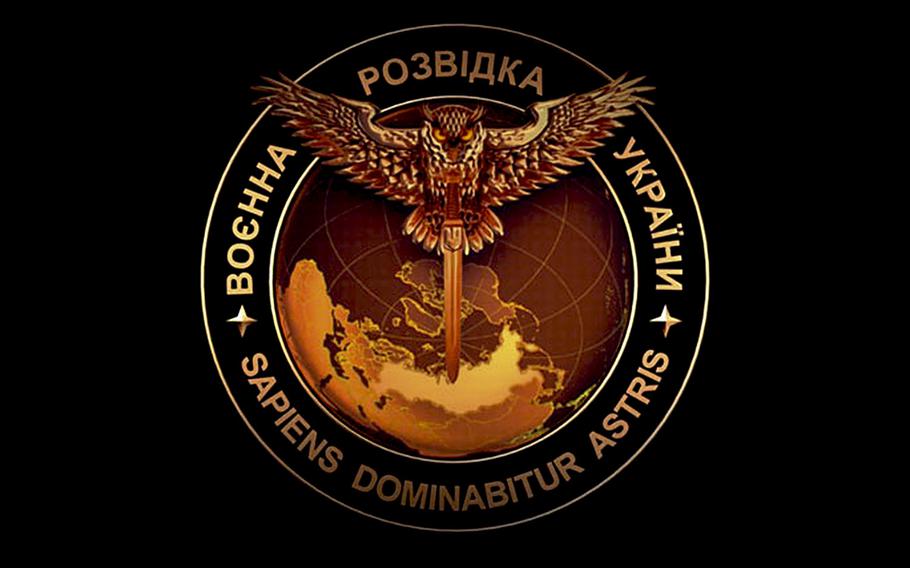 Thousands of Ukrainians are believed to have been held as POWs since Russia launched its full-scale invasion in February 2022. (Defense Intelligence of the Ministry of Defense of Ukraine/Facebook)

KYIV, Ukraine — In early April, after Russian forces took control of the southeastern city of Berdyansk, they made local police officer Yuri Mykytenko an offer: He could stay on the job - so long as he collaborated with them.

The 30-year-old asked for 10 minutes to think it over. Then he ran.

He was caught at a checkpoint on his way out of town, and became a prisoner of war.

Mykytenko is one of thousands of Ukrainians believed to have been held as POWs since Russia launched its full-scale invasion in February. And in the past month, two incidents have underscored the dangers they may face.

First, dozens of Ukrainian prisoners from the Azov Regiment - who spent months defending a steel plant in Mariupol - were killed after the detention center where they were being held in Russian-occupied territory came under attack. Ukraine and Russia each accused the other of launching the attack.

Soon after, Ukrainian officials demanded a probe into video footage that appeared to show pro-Russian forces castrating a Ukrainian fighter and then executing him. The European Union has backed the request for an investigation.

Both incidents represent nightmare scenarios for prisoners of war, who are often taken by force or surrender under duress in the hope they will at least survive their detention. Under the Geneva Conventions, POWs are supposed to be treated humanely, and any abuse can amount to a war crime.

Holding prisoners offers warring parties both an advantage and a burden, said David Silbey, a military historian at Cornell University. For centuries, POWs have been used as important bargaining chips. But they can also cause logistical hurdles during a conflict, when they must be fed and kept out of harm's way.

In Ukraine, some missing people or suspected POWs' whereabouts remain unknown. But others - like Mykytenko - have been swapped for Russian troops in dramatic exchanges near the front lines.

Returned POWs can often offer intelligence picked up during their time in custody. Details of their experience can also help military officials better train soldiers on how to behave if they are taken prisoner.

Andriy Yusov, representative of Ukraine's Coordination Headquarters for the Treatment of Prisoners of War, said in a statement that as of July, 573 Ukrainian "defenders" had been released from captivity. He declined to comment on how many POWs each side was holding.

The Ukrainian government, often with the assistance of the International Committee of the Red Cross, is "constantly in negotiations" regarding prisoner releases, Yusov said.

After his arrest, Mykytenko was held in several places. First, he said, soldiers he believed to be Chechen based on their accents beat him on his "back, hands, legs, everything except my face." They then forced him and other prisoners to sing Russian hymns as an act of humiliation. There were no questions, he said, "just beating."

After several days he was transferred to the southern city of Melitopol, where he said he was interrogated by agents of the FSB, the Russian security agency. He said agents showed him a photo of himself in his police uniform. "I am sure this information was given to the FSB by a collaborator from the police station," he said.

While there, he said, troops he said he thought were Dagestani based on their accents beat him with electrical wires, leaving scars on his hands. One carried out a mock execution of Mykytenko, pointing his AK-47 at his head and then shooting the wall next to him, he recalled.

Soon he was moved again, this time to Crimea, where he said he was handed over to Russian police and held in a facility with around 120 others. At one point, he said, Russian TV crews came to film the prisoners and ask them questions about the controversial 2014 referendum conducted by Russia that Moscow has used to justify its annexation of the peninsula.

There he was again offered an opportunity to collaborate with Russian forces in Berdyansk, and he said he again refused. Then, at the end of April, he and six others were blindfolded and loaded onto a military vehicle.

When they finally stopped and their blindfolds were removed, they saw Ukrainian police vehicles sitting just 50 yards away and realized they were being exchanged. Their hands taped together, they walked straight past a group of smiling Russian troops heading toward them from the other side.

"We flipped them off behind our backs," Mykytenko said.

Swaps can be risky for both sides, which are exposed to potential attacks, Silbey said. Among the most famous prisoner exchanges were those on Germany's Glienicke Bridge - also known as the Bridge of Spies - during the Cold War.

"It's a very sort of tense moment where it's often easy for it to go very wrong," Silbey said. "You look for places to make exchanges that are relatively geographically contained and also where it's hard [for either side] to get an advantage."

Around the time Mykytenko was detained, Anton Stovbur, 34, cleared his phone history and set off on a dangerous mission to try to rescue Ukrainian civilians living under Russian control in Berdyansk, Mykytenko's hometown.

But at a Russian checkpoint, soldiers searched his phone and found one exchange he had forgotten to delete, which gave away his loyalty to Kyiv.

The Russian soldiers, Stovbur recounted in a phone interview, pulled him from his car to the side of the road. There, he said, they made him strip to check for military tattoos. A man the troops identified as their captain fired shots just above Stovbur's head and near his legs, he said, before threatening to chop off his ear.

For several hours, he sat at the Russians' roadside base. On the radio, the captain asked someone for guidance, he said, about "what he must do with me: Shoot me, let me go or wait until someone can take me?"

Ukrainian army psychologist Olena Sek said being taken prisoner is generally more traumatic for civilians than for soldiers, who are trained to handle that "professional risk."

Soldiers often "compress" their emotions and thoughts "to the point that some don't feel physical pain from torture." She said her job was to "decompress" them after their release.

Stovbur said he was severely beaten by his Russian captors, often twice a day. "It was fun for them," he said.

In late April, after several weeks in detention, he and six other civilian prisoners and more than two dozen military prisoners, some severely wounded, were loaded into military trucks. They were driven to a river and told to walk across on the rocks, carrying the wounded.

Ukrainian troops waited for them on the other side. They were being traded for Russian prisoners, but Stovbur didn't look at them, he said, worried that something could go wrong right up until he knew he was safe.

"I didn't care about them," he said of the Russians. "I had an injured Ukrainian in my hands and I needed to get him to the checkpoint."

When he finally made it back to his hometown of Zaporizhzhia, Stovbur went back to volunteering to help with the war effort, this time organizing a Telegram channel that helps residents find fuel.

Mykytenko, the police officer, volunteered to serve in a rotation on the front line. When reached by phone this summer, he said his position was under heavy artillery shelling and he was terrified of being captured again.

He said his captors had told him that if they detained him again, "we are definitely going to kill you."