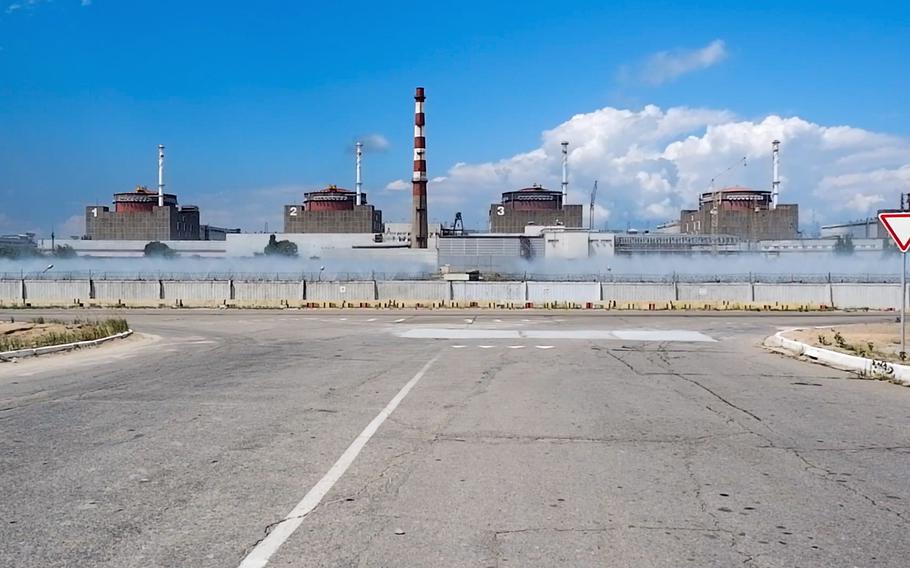 Few countries understand the risks posed by nuclear energy like Ukraine. Just a couple of hours' drive from Kyiv is the now-decommissioned Chernobyl power plant, the site of perhaps the worst-ever nuclear accident and certainly the most notorious.

Yet despite the Chernobyl disaster, Ukraine never gave up on nuclear energy. The country has four separate nuclear power plants operating 15 different reactors. It is one of the most nuclear-reliant countries on earth. According to the International Atomic Energy Agency, these plants provided 51 percent of Ukraine's electricity in 2020 — a vital source for a middle-income country.

The paradox of risk and reward from nuclear power has been brought to the fore again by the war in Ukraine. Earlier this year, Russia's invasion had led many countries to reconsider nuclear power, given the geopolitical reality of fossil fuels. Germany, now mulling a delay to the planned shutdown of its nuclear plants to enable it to wean itself off Russian gas, is just the latest.

In many ways, these countries are following a pattern that Ukraine itself set. A decade ago, concerns about Moscow again shutting off gas supplies to Ukraine coincided with plans to spend billions on new nuclear plants.

But Russia's invasion shows the immense danger nuclear power can pose in conflict. The largest nuclear power plant in Europe, Zaporizhzhia, lies in southeastern Ukraine. It has been held by Russian forces since March, but amplified fighting over recent weeks has led to an unprecedented fear of a nuclear catastrophe coinciding with a brutal war.

Russia has been accused of using the plant, which is still functioning and producing power, as a staging ground for war. This week, an employee of the power plant and his driver were killed in a mortar explosion outside the facility, showing how close it is to the front line. The plant is already running on a skeleton crew, less than 10% of its usual workforce.

Russia has its own motives for occupying the plant. Ukraine says Russia is trying to link the plant to its own power grid — effectively stealing as much as a fifth of Ukraine's electricity in one swoop if it is successful, despite the risks posed by the procedure. But that risk itself may be the second strategy, allowing Russian troops a degree of protection and presenting an implicit threat to attackers.

Russia has appeared willing to risk nuclear catastrophe throughout the conflict. Early in the war, it occupied the now-decommissioned Chernobyl site. When it pulled out, Ukraine reported that safety equipment had been looted and buildings defaced. One official told The Post the cost of the damage was more than $135 million, if not more given some irreplaceable software was taken.

The country has also alluded to the use of nuclear weapons repeatedly, alarming many in the West.

"We must be clear that any potential damage to Zaporizhzhia, or any other nuclear facilities in Ukraine, leading to a possible nuclear incident would have catastrophic consequences, not only for the immediate vicinity, but for the region and beyond," said Rosemary DiCarlo, U.N. under-secretary-general for political and peacebuilding affairs.

The IAEA, the world's top nuclear watchdog, is hoping to visit the site within days.

The main risk is not necessarily that a reactor will be struck, but that a series of events could cut off the plant's electricity supply — meaning that cooling systems would no longer be able to keep the nuclear power plant within acceptable temperatures. Though there are backup generators, there are no guarantees in a bitter and often brutal conflict.

"Nuclear power plants are simply not designed to be in war zones," James Acton, co-director of the Nuclear Policy Program at the Carnegie Endowment for International Peace, told Washington Post reporter Claire Parker.

Surprisingly, nuclear energy gained momentum after the invasion of Ukraine. Though groups like Greenpeace and others had warned of the potential threat to nuclear sites during a conflict, to some governments the threat posed by energy insecurity was far more urgent.

Even Germany, which had pledged to end nuclear energy by the end of the year, is now quietly debating whether it can temporarily keep some of its nuclear power plants operational to avoid being at the whims of Moscow's gas supply this winter.

In theory, European countries that make widespread use of nuclear energy are less vulnerable to Russian restrictions. When Boris Johnson announced plans to build up to eight new nuclear plants by 2050, the British prime minister said it was so his country could not be "subject to blackmail, as it were, by people like Vladimir Putin."

The reality is more complicated, however. France, the most nuclear-reliant country on earth, is struggling with rising energy prices anyway amid multiple problems at the nation's nuclear power operator.

The situation in Ukraine, meanwhile, shows that nuclear power plants cannot be assumed safe from conflict. As Mark Hibbs, a nonresident senior fellow in Carnegie's Nuclear Policy Program, said during testimony to Britain's House of Commons in April, "until Russia's invasion of Ukraine, no nuclear power plant has ever been attacked, overrun and occupied by an invading army."

Now two have. And the threat may not be limited to Ukraine, nor to physical conflict: In March, the United States unsealed charges on four Russian officials of carrying out a series of cyberattacks targeting U.S. infrastructure. One apparent target? A nuclear power plant in Kansas.