UK travel chaos goes on as most trains delayed or canceled 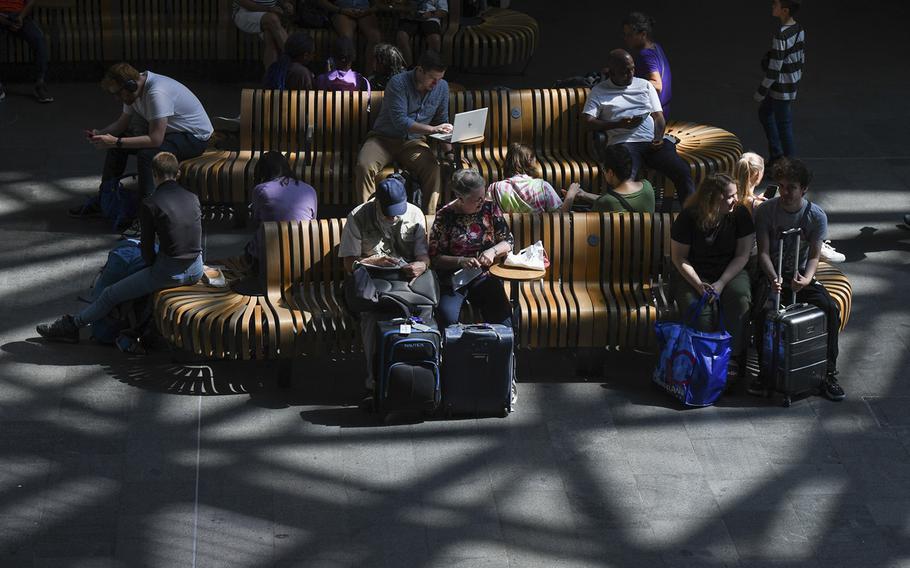 The latest action comes a day after London's subway network ground to a halt as its workers went on strike, and follows an earlier stoppage by train staff on Thursday.

Only about 20% of Britain's rail network was scheduled to be open on Saturday, with a skeletal service running between 7:30 a.m. and 6:30 p.m., according to Network Rail, which manages the U.K.'s stations and tracks. More disruption is expected on Sunday as a knock-on effect from the walkout, the group said on its website.

The labor actions come against a worsening economic backdrop, with inflation at a four-decade high driving up the cost of everything from food to energy and clothing. The Bank of England expects price growth to top 13% in the coming months, while real wages are falling at a record pace.

Britain's rail industry has been hit particularly hard. Even as inflation soars, the government is pressing companies to scale back costs to reflect lower ridership after the Covid crisis. Further transport upheaval is due Sunday, when dockworkers at Felixstowe, the largest U.K. container port, start an eight-day strike.

There's been little sign of progress toward a resolution of the rail disputes, raising concern they will drag on, undermining the economy.

The National Union of Rail, Maritime and Transport Workers, which organized the train and Tube strikes, along with the Transport Salaried Staffs' Association, has accused Transport Secretary Grant Shapps of blocking a deal to resolve workers' issues.

"I'll be talking to senior executives in the industry all through next week trying to create solutions to these problems and then we'll decide whether we need to take more industrial action but I've got to say that it's very likely given the gap between us at this time," RMT General Secretary Mick Lynch told BBC Breakfast on Saturday.

Shapps in turn blamed union chiefs for failing to present settlement offers to members. "It's time for the union bosses to get out of the way and put the deals on the table," Sky News reported on Friday, citing the transport secretary.

Labor unrest has spilled over into other industries as well. Some 115,000 Royal Mail postal workers begin a series of strikes on Aug. 26. Barristers have staged walkouts in England and Wales, and even nurses are planning to hold a strike vote.