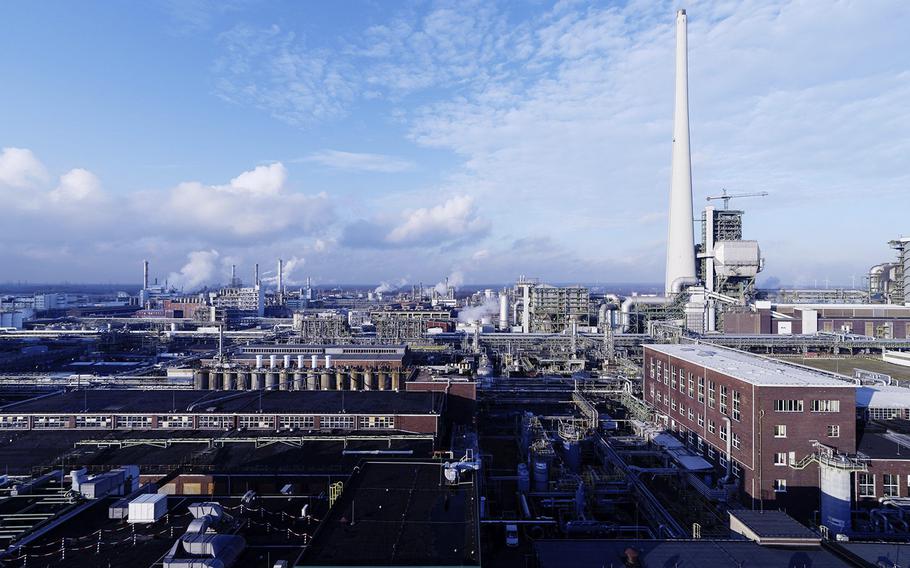 Power and gas prices in Germany more than doubled in just two months, with year-ahead electricity -- a benchmark for the continent -- soaring to 570 euros ($573) per megawatt hour. Two years ago, it was 40 euros.

"Energy inflation is way more dramatic here than elsewhere," said Ralf Stoffels, chief executive officer of BIW Isolierstoffe, a maker of silicone parts for the auto, aerospace and appliance industries. "I fear a gradual de-industrialization of the German economy."

The nation relied on gas from Russia to fuel its power plants and factories, but now it's preparing for an unprecedented challenge to keep the lights on and businesses running after Russia slashed those flows. Temporary shutdowns due to high prices have been seen before, with fertilizer and steel production curbed in December and March.

Now, prices are going through an even more sustained rally that's tightening the squeeze. European gas for next month settled Thursday at a record high of 241 euros per megawatt-hour, about 11 times higher than usual for this time of the year.

While the government is limiting the increases faced by households to some extent, businesses aren't immune to those soaring costs, and many are set to pass on expenses to customers or even shut altogether.

"Prices are placing a heavy burden on many energy-intensive companies competing internationally," said Matthias Ruch, a spokesman for Evonik Industries, the world's second-largest chemical producer with plants in 27 countries.

The company is substituting as much as 40% of its German gas volumes with liquefied petroleum gas and coal, and passing some higher costs on to customers. But the notion of relocating is a nonstarter, a spokesman said.

Still, there's evidence that Germany's industrial position is slipping. In the first six months of this year, the volume of chemical imports rose by about 27% from the same period last year, according to government data analyzed by consultant Oxford Economics. Simultaneously, chemical production fell, with output in June down almost 8% from December.

"If the industry has to go to shortened work weeks and reduced pay thanks to the energy crunch, this is where I get nervous," said Martin Devenish, a former Goldman Sachs managing director who now works for S-RM Intelligence &amp; Risk Consulting. "The ingredients for social unrest are there and the risk of that is under-appreciated."

The International Monetary Fund also said last month that Germany is set to be the worst performer in the Group of Seven nations this year due to industry's reliance on Russian gas.

BMW is stepping up its preparations for a potential shortage. The Munich-based automaker runs 37 gas-powered facilities that generate heat and electricity at plants in Germany and Austria, and it's considering using local utilities instead.

Packaging firm Delkeskamp Verpackungswerke GmbH plans to close a paper mill in the northern city of Nortrup because of high energy costs, with 70 workers losing their jobs.

"Some industries will go under serious stress and will have to rethink their production in Europe," he said.