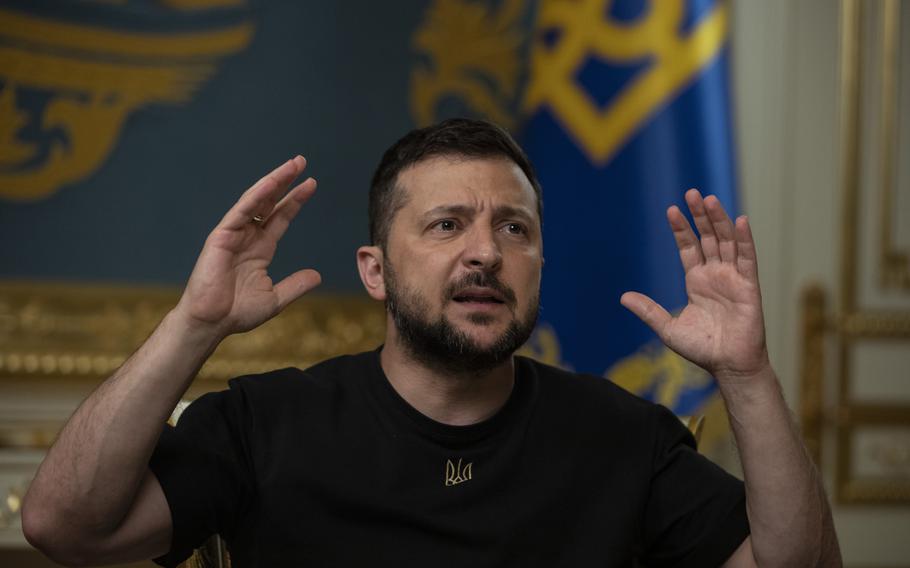 KYIV, Ukraine — Until this week, Ukrainians seemed to see President Volodymyr Zelenskyy as beyond reproach, a national hero who stayed in Kyiv despite the risk to his personal safety to lead his country against invading Russian troops.

Comments he made to The Washington Post justifying his decision to not share with Ukrainians details of repeated U.S. warnings that Russia planned to invade have punctured the bubble, triggering a cascade of public criticism unprecedented since the war began.

People tweeted their experiences of chaos and dislocation after an invasion for which they were unprepared, describing how they might have made different choices had they known what was coming. Public figures and academics wrote harsh critiques on Facebook of Zelensky’s decision to downplay the risk of an invasion, saying he bears at least some responsibility for the atrocities that followed.

In the interview with The Post, published Tuesday, Zelenskyy cited his fears that Ukrainians would panic, flee the country and trigger economic collapse as the reason he chose not to share the stark warnings passed on by U.S. officials regarding Russia’s plans.

“If we had communicated that . . . then I would have been losing $7 billion a month since last October, and at the moment when the Russians did attack, they would have taken us in three days,” Zelenskyy said.

He added that subsequent events — with Russian troops failing to reach the capital — suggested he had made the right call.

“That’s what happened when the invasion started — we were as strong as we could be,” he said. “Some of our people left, but most of them stayed here, they fought for their homes. And as cynical as it may sound, those are the people who stopped everything.”

Many Ukrainians took exception to the implication that Zelenskyy had prioritized the health of the economy over their well-being, suggesting that many lives might have been saved had the government better prepared the population for war.

Sevgil Musaieva, editor in chief of the Ukrainska Pravda, a Ukrainian news site, posted on Facebook that she was “personally offended” by Zelenskyy’s explanation, saying it called into question the intelligence of Ukrainians. She wouldn’t have fled, she said, and the potential $7 billion-a-month cost to the economy has to be weighed against the lives lost, the swift capture by Russia of parts of southern Ukraine and the fear and intimidation of civilians who unexpectedly found themselves under Russian occupation.

“Honestly, my hair stood on end when I read what [Zelenskyy] said about evacuation. . . . How can a person who has Mariupol, Bucha and Kherson on his conscience say that an evacuation would have overwhelmed the country?” journalist Bohdan Butkevich wrote on his Facebook page, referring to places where Russia has been accused of atrocities.

“He didn’t want to put the country on a military footing because he was afraid of losing power,” Butkevich wrote.

The lack of warning for civilians living in the threatened areas, and especially those with children, the elderly and those with impaired mobility, was “not a glitch, not a mistake, not an unfortunate misunderstanding, not a strategic miscalculation — it is a crime,” said Ukrainian author Kateryna Babkina. 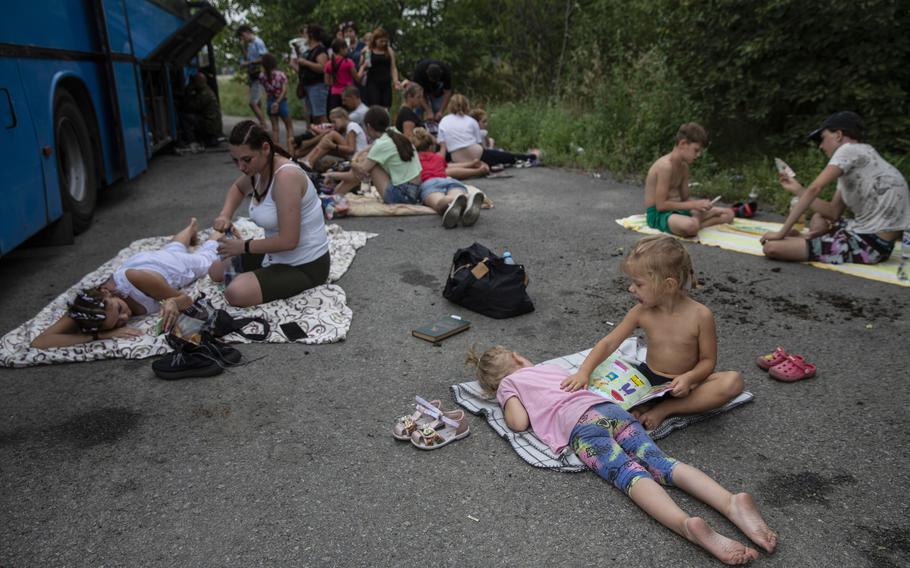 Ukrainian families that have fled areas under the control of Russian forces wait next to a broken-down bus near Chervonokamyane, Ukraine, on Aug. 15, 2022. (Heidi Levine/The Washington Post)

The outpouring also included many defenses of Zelenskyy. Valerii Pekar, a publicist who teaches at the Kyiv-Mohyla Business School, wrote on Facebook that Ukrainians had ample access to media reports about the American warnings.

“Anyone who did not pack his own rucksack after reading the news about American intelligence reports has no right to claim that he was not warned,” he said.

“We all knew, and understood, that war was coming. We just didn’t want to believe it because it’s too terrible to be true,” Olena Gnes, founder of the What is Ukraine project, wrote on her Facebook page. “None of Zelenskyi’s statements would have changed anything significantly.”

Some of the criticisms came from political opponents who would seize on any opportunity to attack the president, said Musaieva, the newspaper editor, in an interview. But many did not.

The level of outrage is unprecedented in wartime Ukraine, she said, and represents perhaps “the first serious communication crisis” for Zelenskyy, regarded as a master communicator, and his team.

Even those who said they understood why Zelenskyy didn’t want to provoke panic said they nonetheless wondered whether there were steps that could have been taken to alleviate the impact of the invasion — from preparing blood banks to digging trenches along the northern border to prevent Russian troops from overrunning many towns and villages before they were halted outside Kyiv.

Such questions had lingered, unspoken, since the ferocity of the invasion stunned the country on Feb. 24, Ukrainians said. But the consensus has been that Ukrainians need to unite and refrain from criticisms while the country is at war, said Oksana, 30, who was discussing the controversy Thursday in a Kyiv cafe with her partner. She asked that her full name not be used.

Now that some people are raising questions about Zelenskyy’s choices, many are debating whether more could have been done, she said.

“My biggest question is about the level of atrocities we saw, and I think about whether they could have been prevented,” said Oksana, who did not vote for Zelenskyy but now supports him wholeheartedly as the leader Ukraine needs to win the war.

“It will damage us to discuss this now,” she said. “Ukraine is winning because of our belief in the president and our armed forces. So I’m ready to wait for the explanation until after we win the war.”

“Then we start asking questions,” she said. “There are questions that need answers because this is the society we are fighting for — a society of accountability.”