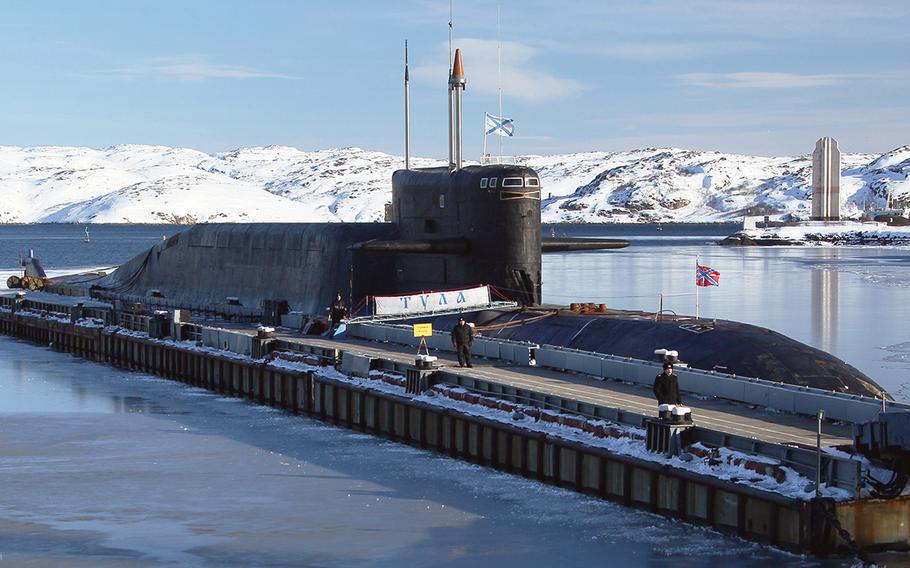 An ambitious new Russian maritime strategy introduced this week aims to challenge the global reach of the U.S. Navy, but it remains to be seen whether the plan is more than Moscow’s standard bravado, analysts say.

The 55-page document, signed by Russian President Vladimir Putin on Sunday during the country’s Navy Day celebrations, updates Russia’s maritime strategy as the Kremlin wages war in Ukraine after a full-scale invasion that began Feb. 24.

Moscow wants to push back on what it sees as Western efforts to limit Russian access to the world’s oceans and transportation lanes in an effort to establish U.S. naval supremacy.

The doctrine also specifies that NATO expansion toward Russia’s borders is unacceptable, according to a report Sunday by Russian news agency Tass.

This week, the U.S. Senate voted to ratify NATO membership for Finland and Sweden, which responded to Russia’s unprovoked invasion by relinquishing decades of neutrality and asking to join the alliance. 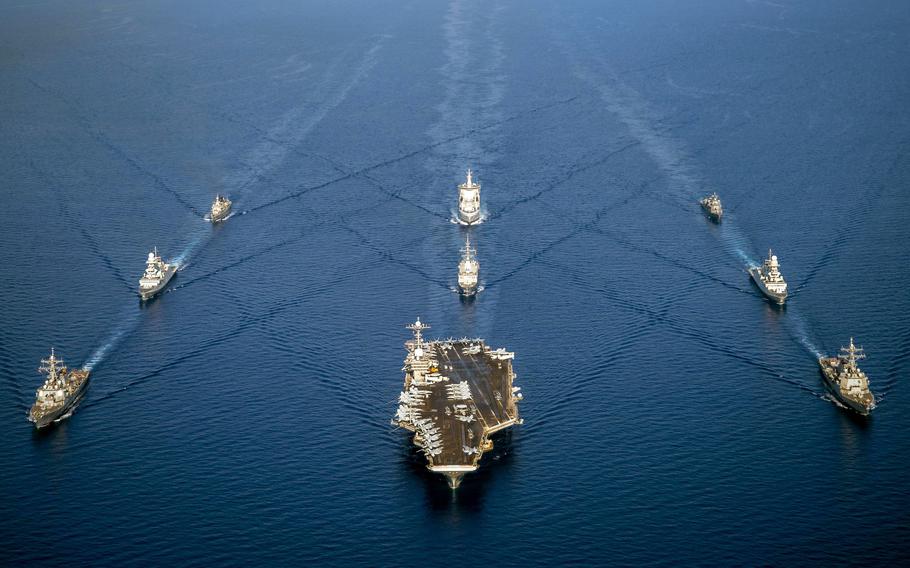 Ships from the aircraft carrier USS Harry S. Truman, the destroyer USS Cole and the Italian navy frigate ITS Alpino sail in formation in the Mediterranean Sea, on July 24, 2022. Russia released a new maritime doctrine this week that identifies the U.S. and NATO as the country’s chief threats. (Crayton Agnew/Navy)

In a series of tweets Monday about the strategy, Samuel Bendett, an adjunct senior fellow at the Center for a New American Security, said it also prioritizes environmental research, development of a secure information system in the Arctic and better technologies to develop weapons systems, among other goals.

“There are still questions if Russia has the resources for such an expansive commitment given the ongoing war in Ukraine and the resources needed to sustain it,” Bendett tweeted.

Analysts point out that Russia’s fleet consists mostly of smaller ships that are outmatched by the U.S. blue water fleet, which includes 11 aircraft carriers and 92 cruisers and destroyers, among other ships. 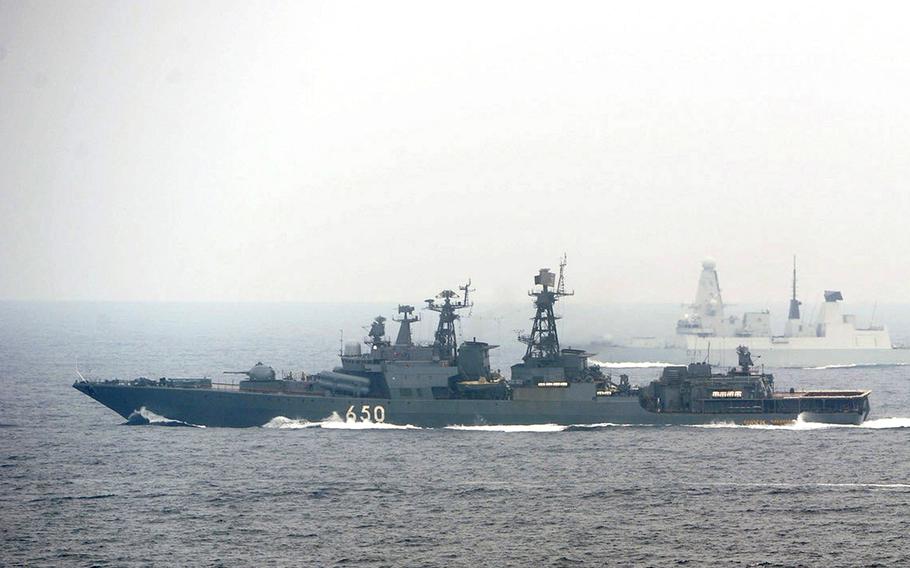 The Russian navy destroyer Admiral Chabanenko maneuvers during an international exercise in the Atlantic Ocean in 2011. Russia released a revised maritime strategy this week as the country celebrated Navy Day. (Christopher B. Stoltz/Navy)

However, Russia’s small but capable nuclear submarine fleet does pose a threat that could be used against the U.S., analysts have said.

Russia has about 210 ships, of which about 55 are fully functional blue water ships and submarines, Wolfgang Pusztai, a senior analyst at the Austrian Institute for European and Security Policy, said Monday on the al-Jazeera television program “Inside Story.”

He said that of those 55, about half the vessels are modern.

“This means that it’s unlikely that the Russians will be able to threaten American sea control,” Pusztai said. “(The Kremlin’s) aim is not so much to dominate the seas but to challenge U.S. sea control.”

Russia’s only aircraft carrier, the Admiral Kuznetsov, started an overhaul in 2017 but has been beset by problems and won’t return to service until at least 2024.

Moscow’s national maritime policy in the Atlantic Ocean is a response to the existence of NATO, whose activity "is aimed at direct confrontation with the Russian Federation and its allies," Tass reported the document as saying.