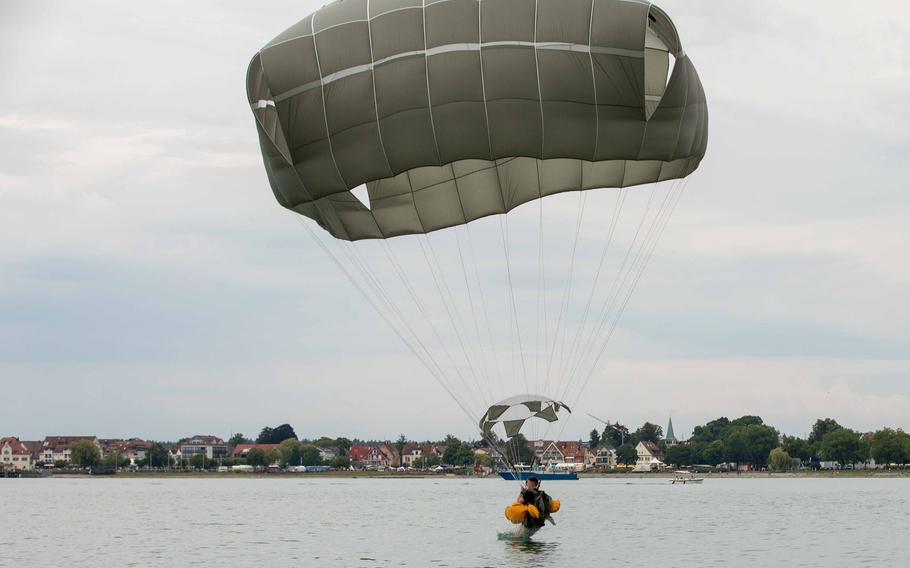 VICENZA, Italy — The Army is rarely this fun.

But there they were, 68 paratroopers with the 173rd Airborne Brigade, jumping from the back of C-130J Hercules at 1,250 feet of alpine airspace on a sunny summer day into the blue water of Lake Constance.

“It was almost like standing on the edge of the world,” said Sgt. Shannon O’Gara, behavioral health non-commissioned officer in charge with the brigade’s 173rd Support Battalion, in a phone call after the jump. “It was so quiet. You see the beautiful lake, the mountains, the town... It was one of the most amazing things I could ever have imagined.”

The Friday jump into the lake that lies between Germany, Switzerland and Austria, after an invitation from the German 26th (Saarland) Airborne Brigade, provided the paratroopers more than their first - and perhaps only- water jump. It was also, for most, the first time exiting the back of an aircraft that gave them minutes to view the scene below, something they don’t get with usual side-door exits. And, as their jumpmasters were German, it provided them with the coveted German Parachutist Badge.

But the pleasure of the jump was paramount, said Lt. Col. Tony Newman, commander of the 173rd Brigade Support Battalion. Newman, coming up on his 19th year as a soldier, was on his 61st jump. He said he’d never experienced anything like it. It was his first water jump- and the best jump ever.

“It allowed our troops to hang in awe of the view - Austria, Switzerland, the mountains, towns,” he said. “Then all you see is crystal clear water, sailboats, spectators watching you float down. 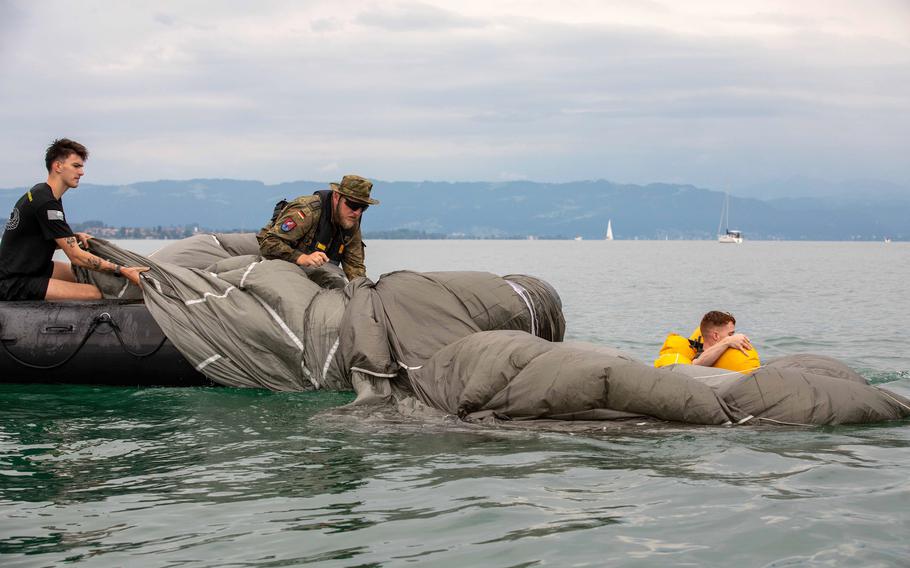 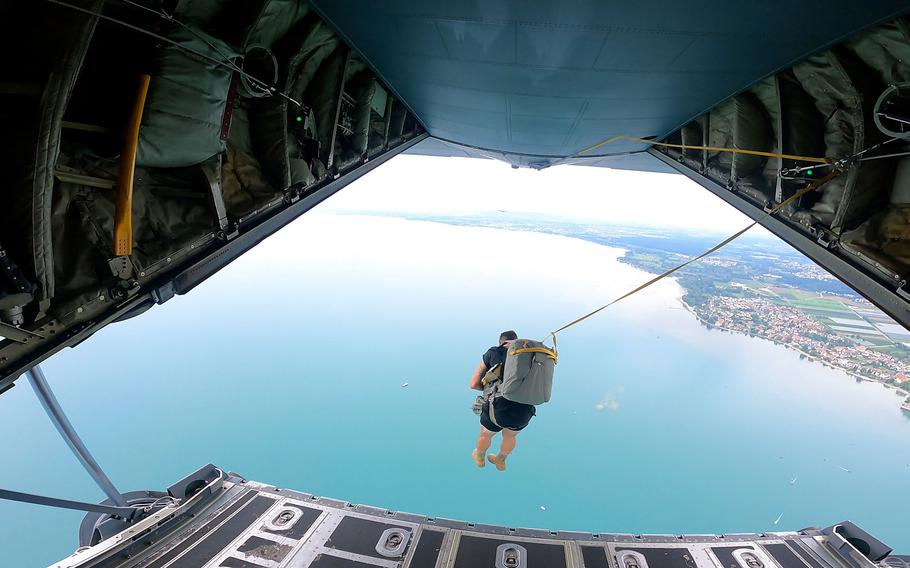 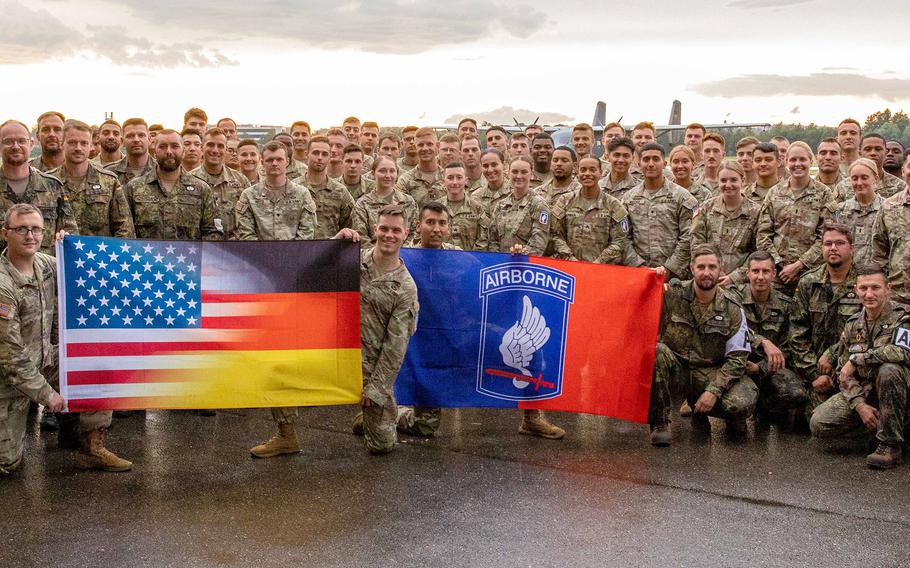 He said he “plopped” into the water with the same velocity of a kid jumping off a 10-foot roof or after a bounce on a diving board — a far softer landing than often occurs in regular jumps. And the water temperature? Unexpectedly balmy — ”like a summer swimming pool,” Newman said.

The troops were required beforehand to undergo “wet silk training” in a swimming pool and show that they could swim 25 meters, 10 underwater, followed by a 10-minute tread. The training also included swimming underneath a parachute. Of 150 paratroopers who tried, “surprisingly,” 135 passed, Newman said. “We’re in the Army, not the Navy,” he said.

None of the paratroopers, all wearing life vests, encountered any difficulties in the water, Newman said. As each grouping of 10 troops jumped, German engineers in Zodiac boats would race out to the presumed landing spots — one boat per jumper — to ensure no one was caught under their canopy.

Originally, 75 paratroopers were to jump. But a thunderstorm blew in, scuttling the turns of seven soldiers. “They were disappointed,” Newman said.

He told them he’d try to arrange another water jump next spring.

The experience was excellent for morale, Newman said, and would inspire young leaders. Reading troops’ social media comments about the joys of the jump had left him “a little euphoric,” he said.

“Our troops deserve to have fun in the Army,” Newman said. “It’s to give them moments they can always remember. Our troops will talk about this for the rest of their lives.”