Klug assumes command at US Navy base in Greece 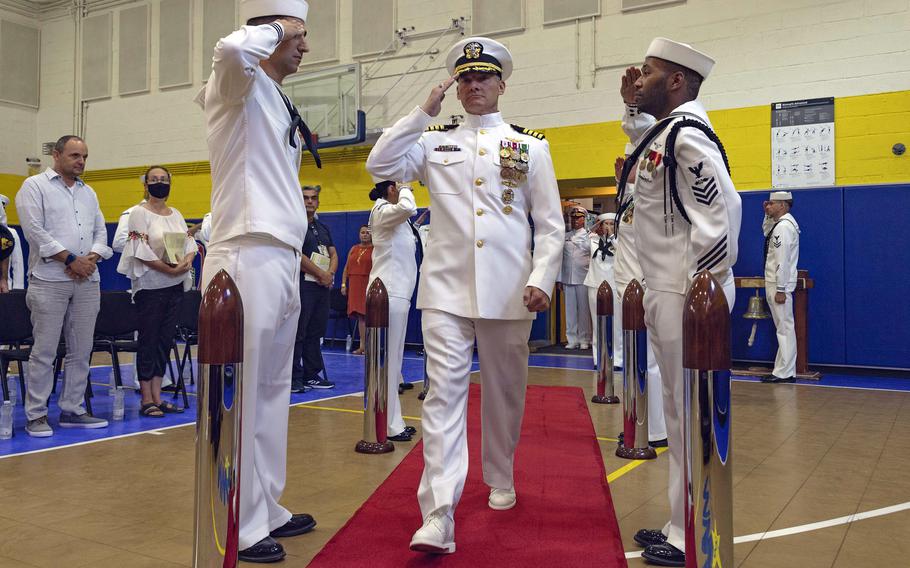 A naval officer whose roles have included helicopter duty in the Middle East and arms control policy adviser to the State Department took command Friday of Naval Support Activity Souda Bay on the Greek island of Crete.

Capt. Odin Klug relieved Capt. Rafael Facundo, who had led the small but strategically located operational base in the eastern Mediterranean Sea since July 2020, NSA Souda Bay announced in a statement.

Klug, who most recently served as deputy director of support and technologies at the Joint Information Operations Warfare Center, said the base’s mission success depends on the courage of its personnel to communicate honestly and transparently.

He said he aims to leverage the spirit of teamwork among sailors that allows them to “achieve something greater, well beyond what an individual teammate can do alone.” 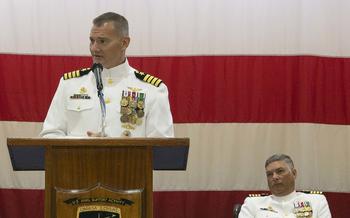 Klug is a 1996 Naval Academy graduate who served with Helicopter Antisubmarine squadrons 11 and 5 supporting operations Iraqi Freedom and Enduring Freedom, according to his Navy biography.

During the nearly hourlong change of command ceremony, Facundo was praised for his leadership during the COVID-19 pandemic and oversight of such base improvements as installation of an aircraft refueling system.

He will next become deputy commander and chief of staff at U.S. Naval Forces Japan, according to the statement.

NSA Souda Bay, which is near the Black and Red seas, is home to several tenant commands, including the U.S. Air Force 95th Reconnaissance Squadron.

It also is the homeport for the expeditionary sea base USS Hershel “Woody” Williams, the first warship permanently assigned to U.S. Africa Command.