German soldier who posed as refugee convicted of attack plot 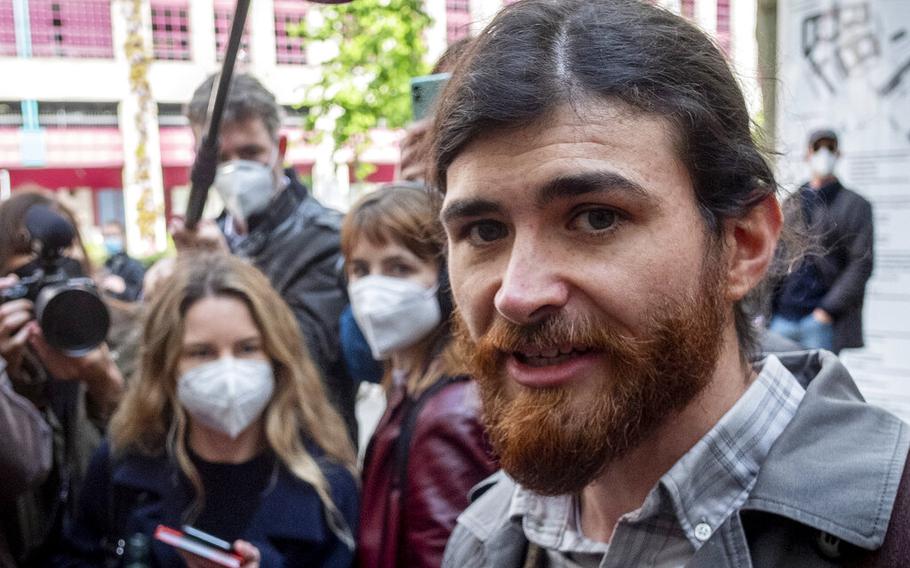 BERLIN — A German court on Friday convicted a military officer who posed as a Syrian asylum-seeker of plotting to attack prominent politicians, sentencing him to 5½ years in prison.

The Frankfurt state court convicted the defendant of preparing a serious crime meant to endanger the state, violations of weapons laws and fraud, German news agency dpa reported. It also found that he has right-wing extremist views. He has been identified only as 1st Lt. Franco A. in line with German privacy rules.

The 33-year-old German came to the attention of authorities after he was arrested in February 2017 while going to retrieve a pistol he had stashed in a Vienna airport bathroom. He was freed, but Austrian authorities informed Germany. When the soldier's fingerprint matched the one he had given to register as an asylum-seeker, it triggered the investigation.

The defendant was accused of plotting to kill prominent politicians and blame the attack on refugees. Prosecutors alleged that the defendant's targets included then-Justice Minister Heiko Maas and the Jewish head of an anti-racism organization.

He had stockpiled four firearms including an assault rifle, more than 1,000 rounds of ammunition and more than 50 explosive devices, some stolen from military stores, they said.

The court found that the defendant had decided to carry out the attacks, but was unable to establish whether he planned to do so while posing as a Syrian refugee, dpa reported. It also was unable to clear up where he procured weapons and where they are now.

The soldier denied having planned attacks at his trial, which opened in May last year, but said that he had hoarded weapons and ammunition in case public order collapsed in Germany. He has asserted that, by posing as an asylum-seeker, he wanted to uncover faults in asylum proceedings.

Prosecutors, who labeled him a "radical right-wing terrorist," had sought a sentence of six years and three months.

The defense had sought his acquittal on the main charge of preparing a serious crime meant to endanger the state, and fines or suspended sentences on other charges. Defense lawyers say they plan to appeal the verdict.