US to terminate treaty with Hungary over resistance to global tax 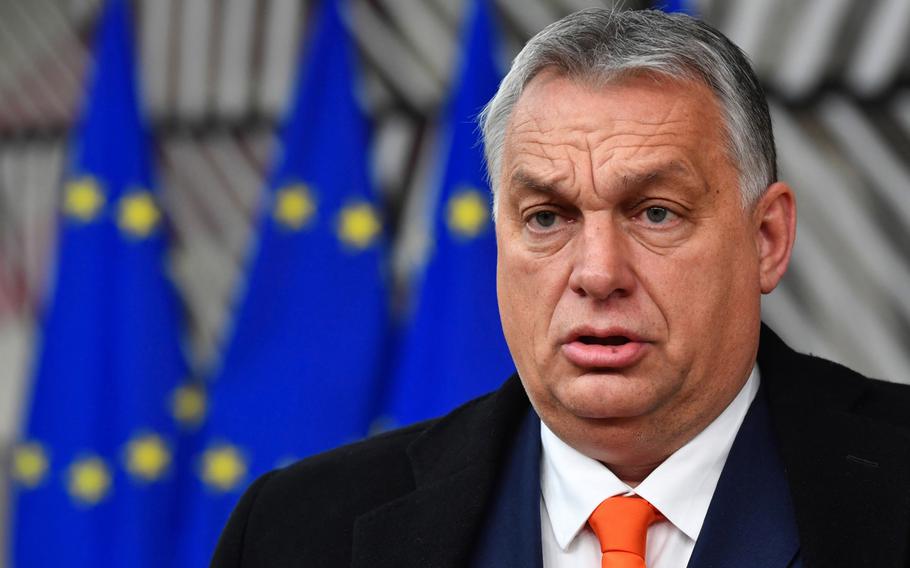 WASHINGTON - The Biden administration on Friday said it will terminate its four-decade-old tax treaty with Hungary over that country’s resistance to implementing a global minimum tax, as the United States seeks to create a global tax floor for large multinational corporations.

In a statement on Friday, the Treasury Department said the United States is ending the treaty with Hungary because “the benefits are no longer reciprocal,” citing a loss of tax revenue for the United States and little return for American investment in the country. Hungary, which has one of the lowest corporate tax rates in Europe, is currently blocking the European Union’s implementation of the global minimum tax agreement. World leaders have agreed on a 15 percent corporate tax floor, championed as a top priority by Treasury Secretary Janet Yellen. Hungary’s corporate tax rate is 9%. Each country in the European Union has veto power over the bloc’s tax agreements, and every other E.U. member country supports the proposal.

An analysis by the Treasury Department said the treaty unilaterally benefits Hungary. When the treaty was agreed to, Hungary’s tax rate was 50%; it is now 9% - less than half the U.S. rate.

Tax treaties are designed to help residents of countries that have signed them avoid paying taxes on the same income to both nations and to resolve other potentially complicated tax situations.

The Biden administration has said the new global minimum tax will help states fund social programs and escape a mutually damaging “race to the bottom” by competing for business by lowering corporate tax rates. Those efforts have largely unified countries in the European Union, with Yellen and her partners winning over holdouts such as Ireland and Poland.

But Hungary’s resistance has become the latest major roadblock to implementing the plan, with Hungarian officials warning that the measure will hurt investment and growth in their country. The Washington Post previously reported that Republican lawmakers, who also oppose the global tax deal, are working with senior officials in the Hungarian government.

“No matter how much pressure we are under . . . we do not risk the jobs of tens of thousands of Hungarians,” Peter Szijjarto, Hungary’s foreign minister, said in a Facebook post on Saturday. “We continue professional consultations on tax affairs with our Republican friends.”

The news that the tax treaty would be terminated was first reported by Reuters.