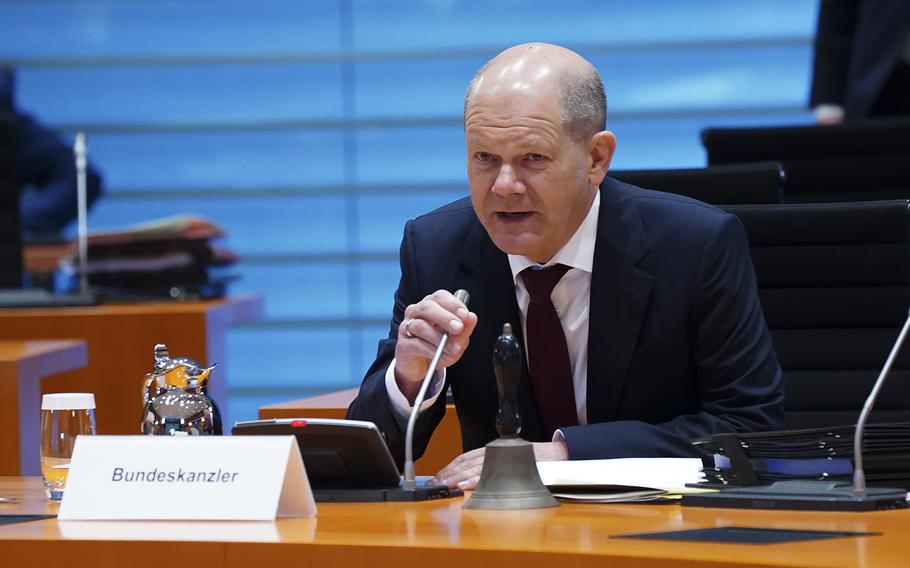 Germany is pushing for Group of Seven nations to walk back a commitment that would halt the financing of overseas fossil fuel projects by the end of the year, according to people familiar with the matter. That would be a major reversal on tackling climate change as Russia's war in Ukraine upends access to energy supplies.

A draft text shared with Bloomberg would see the G-7 "acknowledge that publicly supported investment in the gas sector is necessary as a temporary response to the current energy crisis."

The caveat in the proposal is that such funding is done "in a manner consistent with our climate objectives and without creating lock-in effects."

The text remains under debate and could change before G-7 leaders hold their summit in the Bavarian Alps starting Sunday hosted by Chancellor Olaf Scholz. The U.K. opposes the proposal, two of the people said. A German government spokesman declined to comment.

A person familiar with the discussions said Italy wasn't actively opposing the German proposal. Italy, like Germany, is highly dependent on Russian gas. On Friday, speaking during a press conference in Brussels, Prime Minister Mario Draghi said Italy has managed to reduce Russian gas imports from 40% last year to 25% at the moment. This has been possible also by signing new gas deals in countries including Congo, Algeria and Angola.

A government spokesperson said Italy did not support Germany's idea.

Asked about the proposal on Air Force One as President Joe Biden flew to Europe, National Security Council spokesman John Kirby said he did not want to preempt discussions at the summit. "Our position last May was that the president was clear that he did not feel like these investments were the right course of action," he told reporters. "I know of no such change to that policy."

The debate comes as Europe in particular struggles for alternative sources of fuel to Russian gas. The German government has warned that Russia's moves to limit supply risk a Lehman-like collapse in the energy markets, with Europe's largest economy facing the unprecedented prospect of businesses and consumers running out of power.

Germany has responded to the cuts by reviving coal plants and providing financing to secure gas supplies, while continuing with plans to phase out nuclear energy. The World Nuclear Association, an industry lobby group, is urging the G-7 to boost access to nuclear technologies.

Italy has said it will monitor the potential need to trigger emergency energy plans. Any such move could also see it boost coal production.

A G-7 shift from a commitment initiated last year and firmed up in May would be a u-turn in global efforts to fight climate change. It would make it harder to rally the rest of the world around more stringent targets and direct investments toward cleaner sources of energy.

It would also go against International Energy Agency advice that no new oil and gas projects should be developed if the world is to limit global warming to 1.5 degrees Celsius.

The ministers acknowledged, however, that investment in the LNG sector was a necessary response to the current crisis "in a manner consistent with our climate objectives and without creating lock-in effects."

"This would be a huge setback from the progress we made last month at the G-7 energy and environment ministers when we finally brought Japan, the last G-7 holdout, into the commitment to end such financial support for fossil fuels," said Alden Meyer, a senior associate at climate change think E3G.

"Where we saw Chancellor Merkel being the climate chancellor at the last G-7 summit Germany hosted, Scholz could go down in history as the climate backtracking Chancellor, which I think would be a real mark on his record, and we don't need to do this," he added.