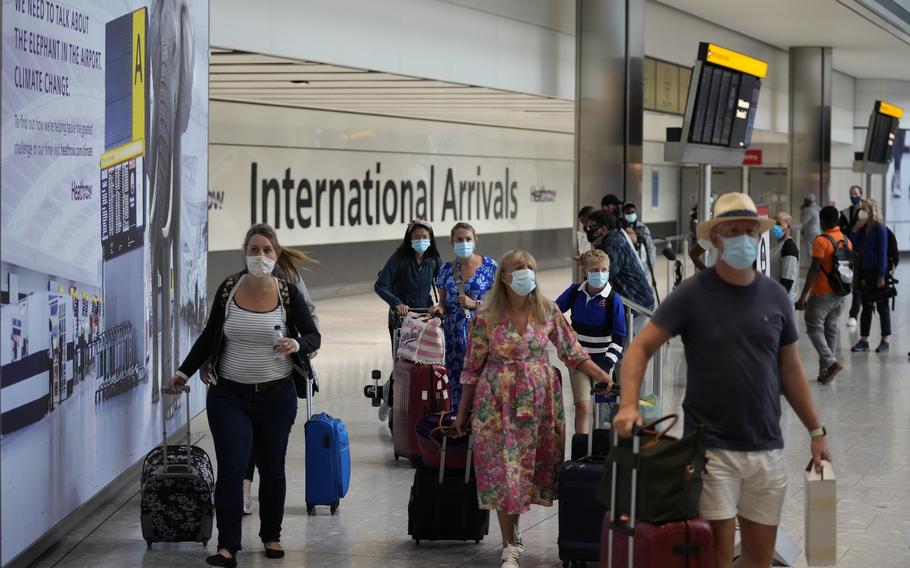 Just as summer travel kicks off and the United States lifts its coronavirus testing requirement for arriving international passengers, many European airports are suffering major disruption.

“The majority of people who are traveling in the United Kingdom or in the European Union will have undisrupted flights,” said Rory Boland, the travel editor at Which magazine. “That being said, this is the most disruption we have ever seen, and it is significant.”

Here’s what you need to know about the problems at European airports.

There were indications that British airports were having problems delivering bags as early as March and April, said Henry Harteveldt, a travel industry analyst at Atmosphere Research Group. But the problems have grown in scale and magnitude.

In May, passengers reported that check-in and security lines at Amsterdam’s Schiphol airport were so long that they were waiting for hours outside before even entering the terminal. This month, that’s happening in Stockholm and Dublin.

A shortage of security agents in Britain has left passengers stranded in line in London, Manchester and other airports, leading airlines to cancel dozens of flights. The CEO of Ryanair, a budget carrier, suggested “bringing in the army” to alleviate the logjams; British authorities quickly rejected the idea, according to the Guardian.

Similarly long lines have been reported by passengers arriving at immigration checkpoints in London, Amsterdam and elsewhere. And once they get through, there’s no guarantee their bags will be waiting for them - baggage handlers are also in short supply, meaning days-long delays in getting luggage to customers in some cases.

Why are things so bad?

Like many industries, airlines and airports laid off employees during the pandemic and are struggling to return to prior staffing levels, according to Boland. The air travel industry faces extra hurdles because new hires often need to wait for security credentials or specialized training.

Low pay at many European airports and airlines make it hard to compete for workers with other industries, Boland said.

Those working conditions have also led to strikes among airport workers in Paris and air traffic controllers in Italy in recent weeks, Bloomberg News and Reuters reported, each leading to hundreds of flight cancellations.

All of this has coincided with “pent-up demand” for travel - a surge in passengers that “caught [the industry] off guard,” said Peter Vlitas, executive vice president of partner relations at Internova Travel Group.

“I don’t think anyone predicted we would go this fast,” he said.

How long will this go on?

“The problem with this is it’s not an issue that’s easy to solve,” Boland said. “So if you’re looking ahead to the summer holidays, we are almost certainly going to continue to see significant disruption because there simply aren’t enough staff.”

Even as companies sweeten their offers to recruit employees, the labor shortage may continue for several months, he predicted.

Harteveldt said that even though conditions are improving each week, the problems at European airports could last into fall or winter.

Analysts are uncertain how the removal of the United States’ pre-departure testing requirement on Sunday will have on Europe’s travel woes. It could be a catalyst for even more travel, as travelers who were worried about a positive coronavirus test stranding them in Europe may now feel free to fly. On the other hand, it could help relieve congestion in terminals, as some airlines required United States-bound travelers to stand in line and have their test results manually reviewed, according to Harteveldt.

What should I know to be prepared?

If you’re planning a trip to Europe, here’s a few tips from travel experts:

- Check airport and airline websites at least a day in advance. Some airports post updates to their websites on crowding levels or other disruptions, which lets you plan when to arrive or even whether to consider rebooking your flight.

- Arrive an extra hour or two early. While airlines typically recommend arriving two hours early for an international flight, it’s best to allow for three or four hours at European hubs this summer, Harteveldt said. “If you miss your flight, you may not be able to get home for several days because flights are so full and airlines are not operating as many flights between Europe and the U.S. as they were before COVID,” he said. Even fast-track or priority lanes for business and first-class travelers are taking longer than usual.

- Carry on luggage if you can. Because of the shortage of baggage handlers, avoid having your trip derailed by a delayed or lost piece of luggage. If you do need to check your bag, bring a few sets of clothes and any medications with you on board.

- Book with ample time for connections. Don’t forget that you may need to clear immigration - and, in some cases, security again - when connecting through European hubs. Be sure to factor in unpredictable wait times at passport control.

- Consider a European airline. According to Boland, European airlines often offer better consumer protections than their U.S. counterparts on the same routes. “If you face a significant delay or disruption, you are probably going to be paid several hundred dollars in compensation if you’re with that European or U.K. airline,” he said.

- Bring a jacket. In an acknowledgment that check-in lines can stretch outside the terminal building, Amsterdam airport recommends bringing a coat for the wait. 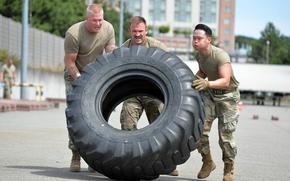