US moves to seize two Abramovich jets over Russia sanctions 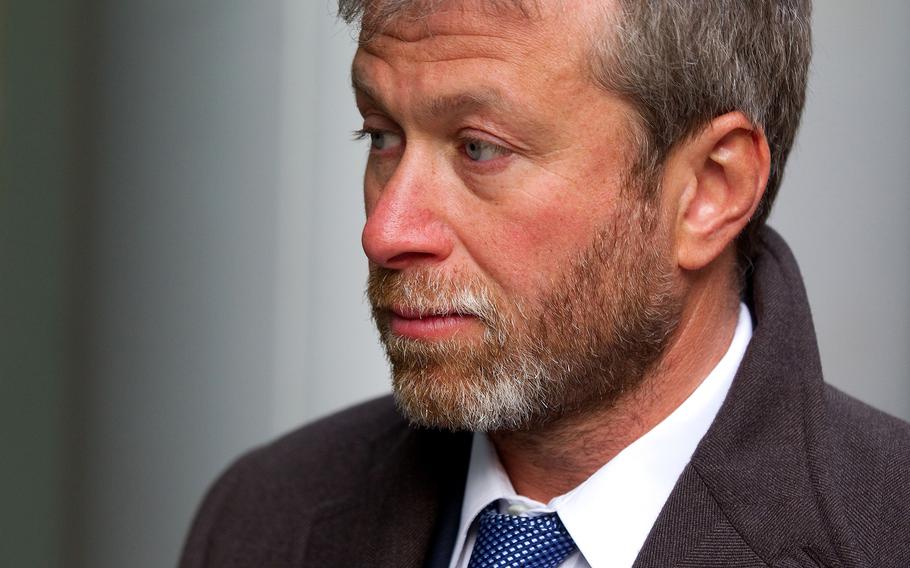 The United States obtained a warrant to seize two jets owned or controlled by Russian billionaire Roman Abramovich as tensions between Washington and Moscow increase.

U.S. Magistrate Judge Sarah Cave on Monday signed a warrant of seizure for a Boeing 787-8 Dreamliner and a Gulfstream G650ER, according to documents released by Manhattan U.S. Attorney Damian Williams's office. Cave found probable cause that the aircraft are subject to seizure and forfeiture, she said in the two-page document.

The aircraft are valued at more than $400 million together, according to the United States.

Abramovich violated U.S. sanctions by re-exporting the aircraft to Russia without a required license, a U.S. Commerce Department official claimed in a letter Monday. The Boeing has remained in Dubai, in the United Arab Emirates, since March, while the Gulfstream has been in Moscow since then, according to an FBI affidavit.

The seizure effort comes amid Russia's war in Ukraine and as U.S. officials renew a push for sanctions against Abramovich after his trip to Kyiv to revive peace talks failed.

Abramovich, 55, has long denied he has financial links to the Kremlin. He's one of the richest people in Russia and is a well-known figure outside the country as the former owner of Britain's Chelsea Football Club. Earlier this year he was forced to put the team up for sale after owning it for almost two decades, under pressure from sanctions as part of the British response to the Russian invasion.