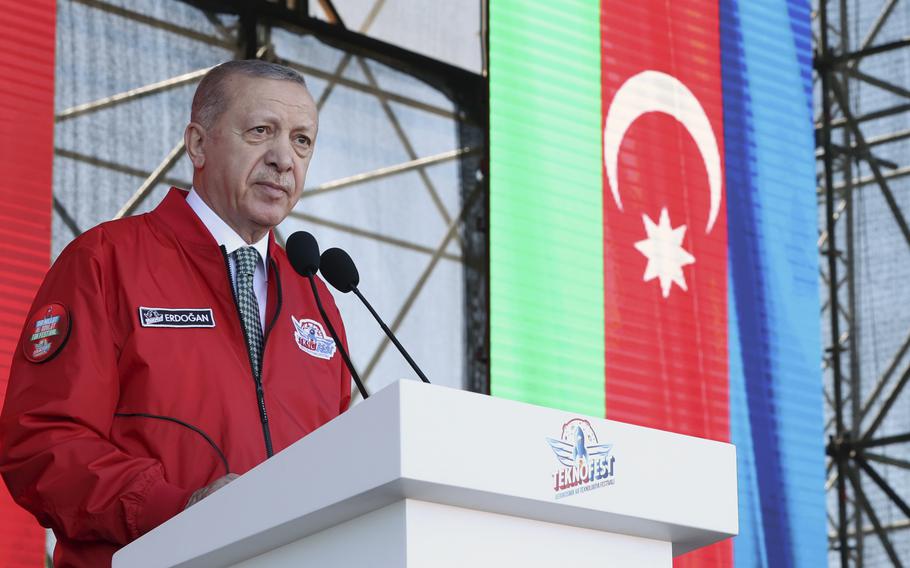 In a move destined to fuel a surge in pronunciation tutorials, the United Nations confirmed on Thursday that it had accepted a request on the part of Turkey to change its official name.

Now, it is Türkiye.

Turkish Foreign Minister Mevlut Cavusoglu announced this week that his country would be sending a letter to the United Nations and other international organizations requesting the use of “Türkiye” in the international arena.

Stéphane Dujarric, a spokesman for the U.N. secretary general, said Thursday that the change was in effect. “It is not uncommon for us to receive such requests,” he told The Washington Post.

The country had adopted its official name, Türkiye Cumhuriyeti, or the Republic of Turkey, after its founding in 1923. The name refers to the Turkish people, a moniker used to refer to those living in the region since at least the Middle Ages. The founding president of the new republic, Mustafa Kemal, was later given the honorific surname Atatürk, which describes him as a “father of the Turks.”

Though the country had been known as Turkey in the English language for at least a century, and that name has seen some use within the country as well, there has been a growing push for Türkiye. In January 2020, a Turkish exporter group said that it would use “Made in Türkiye” on all its labels in a bid to standardize branding.

The move was made official in a 2021 decree from President Recep Tayyip Erdogan. “The phrase Türkiye represents and expresses the culture, civilization and values of the Turkish nation in the best way,” Erdogan’s decree said.

The new name would take the place not only of Turkey, but other names used internationally, such as “Turkei” and “Turquie.”

Erdogan’s government has portrayed the move as an economic branding exercise, designed to strengthen the country’s trade position on the world stage.

The Turkish economy has been in crisis for months due to a rapid rise in inflation, amid the president’s push to cut interest rates. The low value of the Turkish lira makes exports from the country relatively cheap, though economists say the country’s trade deficit is likely to continue because of the high cost of intermediate goods.

Turkish general elections are due to be held in just over a year. The economy is a key issue for Erdogan, who has been in power since 2003.

Another motivation for changing the name may be pride. One recent article from state broadcaster TRT World noted that the word “turkey,” beyond its use as a proper noun, has some unflattering definitions.

“Type ‘Turkey’ into Google, and you will get a muddled set of images, articles, and dictionary definitions that conflate the country with Meleagris - otherwise known as the turkey, a large bird native to North America - which is famous for being served on Christmas menus or Thanksgiving dinners,” the article, published in December, points out. “Flip through the Cambridge Dictionary and ‘turkey’ is defined as ‘something that fails badly’ or ‘a stupid or silly person.’”

Historians say the bird was actually named after the place - either because the traders who first brought it back from North America were from the Ottoman Empire, then colloquially known as Turkey in English, or because they thought it was similar to another bird already imported by Ottoman traders.

Countries have changed their names throughout history for various reasons. In just the past few years, the Netherlands ditched the name Holland to more accurately represent its geography; Swaziland became Eswatini to celebrate the 50th anniversary of independence; and Macedonia appended “North” to its name to appease its neighbor Greece.

The moves can sometimes cause confusion. In 2016, politicians in Prague requested that their country be known by “Czechia” rather than the Czech Republic, though the latter would remain a conventional long-form name.

The slow adoption of the shorter name disappointed some who had campaigned for it.

“We need to be realistic,” Petr Pavlinek, a representative of the Czechia Initiative, a group that campaigns for wider adoption of the name, told The Washington Post in 2017, adding that we “cannot expect that the world and the Czechs will switch to Czechia overnight.”