WHO members condemn Russia, warn its voting rights could be stripped

The World Health Assembly on Thursday voted in favor of a resolution that condemned Russian attacks on the health-care system in Ukraine before rejecting a parallel proposal presented by Moscow that Kyiv’s representative to the United Nations in Geneva had called a “subterfuge” that presented a “twisted alternative reality” of the conflict.

Ukraine’s successful resolution, which was backed by member states 88-to-12 with 53 abstentions, raises the possibility that Russia could be suspended from the assembly if attacks on hospitals and clinics continue. The assembly is the decision-making body of the World Health Organization, a United Nations global health agency with a sprawling mandate.

A counterproposal put forward by Russia and Syria, which suggested that Kyiv bears the blame for some civilian deaths, was also rejected on Thursday, 66-to-15 with 70 abstentions. Ukrainian diplomats have accused Russia of copying the language that condemned an “ongoing health emergency in and around Ukraine” while stripping any language that said Russia was to blame.

Russian diplomats speaking at the assembly accused Ukraine of trying to use a traditionally apolitical forum to settle scores. Vasily Nebenzya, permanent representative of Russia to the United Nations, told the assembly that it was unacceptable to use the WHO to “stigmatize one country.”

Kyiv and its allies argued that the assembly was the place to discuss the health-care impact of the conflict, pointing not only to reports of Russian strikes on medical facilities but also to the risk of famine around the world due to the allegedly deliberate blocking of Ukrainian ports.

“War is a health issue,” said Simon Manley, Britain’s representative to the United Nations in Geneva. “Health for peace. Peace for health. The World Health Assembly must not be afraid to address health crises, including the cause and, in this case, the aggressor.”

The dueling votes at the annual assembly in Geneva were the latest blow to Russia’s standing in international organizations since it invaded Ukraine on Feb. 24. Two U.N. General Assembly resolutions passed in March censured Russia for its aggression, and the country was suspended from the U.N. Human Rights Council on April 7.

A separate vote of European WHO member states at a regional meeting on May 10 had pushed the U.N. agency to take a harder stance on Russia during the war and called on WHO officials to consider closing an office in Moscow.

The conflict has taken a huge toll on Ukraine’s health-care sector. In a report released by the WHO on Thursday, the organization said it had recorded 256 attacks on health facilities and personnel during the war, resulting in 59 reported injuries and 75 reported deaths. In total, 3,998 civilian deaths had been recorded since the invasion began.

Ukraine’s successful vote at the World Health Assembly, the top global health event of the year, may not carry with it immediate repercussions for Russia. However, it pointed to references in the WHO constitution that allowed the stripping of voting rights and other rights and benefits.

It was another reminder of how isolated Moscow is on the world stage and offered its many critics a chance to condemn the impact the war was having inside and outside Ukraine. Ukraine’s draft resolution had been co-sponsored by more than 40 other countries, including the United States and all European Union nations except Hungary.

“The devastating military actions undermine the efforts to ensure health and well-being for everybody [and] undermine the mission of WHO,” Polish Health Minister Adam Niedzielski told the assembly. “I believe the organization cannot remain silent in these cases.”

Yevheniia Filipenko, permanent representative of Ukraine to the U.N. in Geneva, said that “in voting down Russia’s draft the World Health Assembly confirmed that the responsibility for the health crisis in Ukraine rests exclusively with the Russian Federation.”

But some nations, without supporting Russia, expressed concern about condemning a single nation at the assembly. The number of abstentions in both votes was relatively high.

The suspension of a member’s voting rights would be extremely unusual, though not unprecedented: The WHO stripped South Africa of its voting rights in 1964 after it codified its apartheid policy of racial segregation. It did not return the rights until apartheid ended 30 years later.

Earlier this month, Russia’s State Duma, the lower house of parliament, said it was considering a Russian withdrawal from both the WHO and the World Trade Organization. Pyotr Tolstoy, the deputy chairman of the State Duma, said the two organizations had “neglected all obligations in relation to our country.” 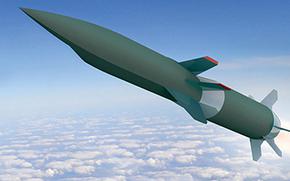