How Russia prompted Finland and Sweden to reconsider NATO membership 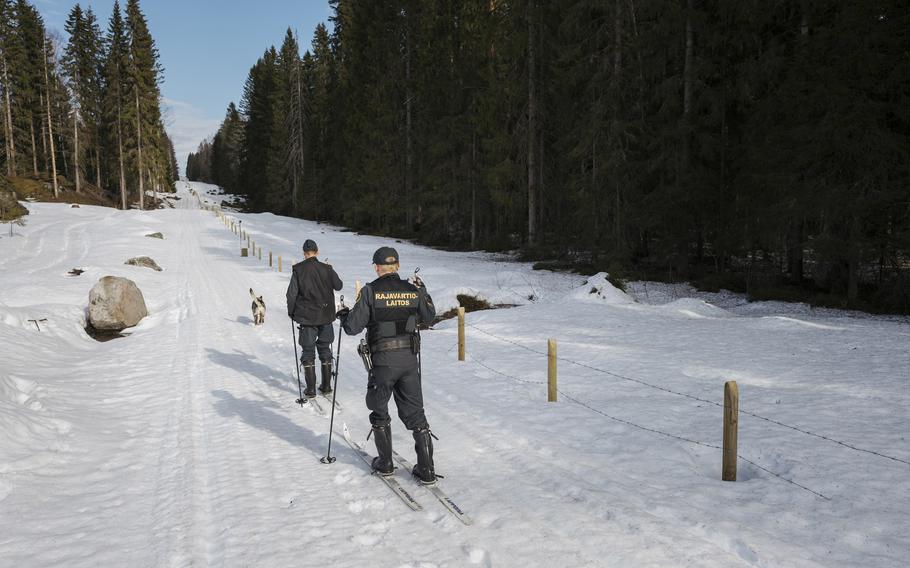 When NATO was founded in 1949, governments in Western Europe and North America viewed it as a means of collective security against the military might of the Soviet Union and its allies. But throughout the Cold War, there were two notable countries that bucked the calls to join: Sweden and Finland.

Instead, these countries pursued a different method for ensuring their security: A carefully maintained official policy of non-alignment and neutrality.

Now, almost three-quarters of a century later, the invasion of Ukraine by Russian forces has prompted both Swedish and Finnish governments to openly move towards NATO membership after decades without it.

On Thursday, after weeks of internal deliberations, Finnish President Sauli Niinisto and Prime Minister Sanna Marin announced that their nation must “apply for NATO membership without delay.” A similar Swedish announcement is widely expected next week. The military bloc has indicated it would accept their bids.

The ascension of Sweden and Finland to NATO would mark one of the biggest changes to the alliance in decades and a stark turnaround for both nations’ position on the international stage.

Q: Why were Sweden and Finland neutral?

A: Sweden and Finland adopted a policy of neutrality during the Cold War, even as their neighbors Norway and Denmark joined NATO. They kept this policy up for decades, even as the military alliance expanded further.

Though they were both neutral, their reasons for being so were distinct.

Sweden had adopted an official policy of remaining neutral during conflicts in the 19th century; the last time it fought a war was 1814, when it fought neighboring Norway. It had fought against the Russian Empire in a war that ended in 1809 with Sweden ceding the territory that would become Finland.

During World War II, Sweden had maintained its neutrality and did not join the conflict - unlike Finland, Norway and Denmark, the latter two of which were invaded despite claiming neutrality.

Finland had a different experience, fighting off a Soviet invasion in the brutal 1939-1940 Winter War. The country, which had only become independent in 1917, would go on to fight against the Soviet Union again and then against Nazi Germany during the war.

In the end, the country lost roughly 10% of its territory but remained independent. After a 1948 agreement with the Soviet Union, it became officially neutral - though its deference to its larger neighbor meant “Finlandization” became a by-word for a kind of limited sovereignty.

Q: When did the move away from neutrality begin?

A: Neither Sweden nor Finland was ever fully neutral. Decades after the Cold War ended, it was revealed that Sweden quietly worked with NATO, while the Soviet submarines harassed it - most famously during the 1981 “Whiskey on the Rocks” incident when a Soviet Whiskey-class submarine ran aground on the south coast of Sweden.

But things really changed after the collapse of the Soviet Union. Sweden and Finland soon abandoned their claims of neutrality, opting instead to be militarily non-aligned. Both joined the European Union in 1995.

A further shift came after the 2014 annexation of Crimea by Russia. Following the move, as well as Moscow’s support for separatists in eastern Ukraine, both Finland and Sweden stepped up their official cooperation with NATO. Sweden, which had downsized its military significantly after the end of the Cold War, with the country bringing back a limited form of conscription in 2017.

The Russian invasion of Ukraine on Feb. 24 appears to have swung things past the point of no return. Crucially, public sentiment in both countries now backs NATO membership, with recent polls showing 57% of Swedes in favor and 76% of Finns in favor.

Kai Sauer, Finland’s undersecretary of state for foreign and security policy, told The Washington Post recently that Finland had long been realistic about the risk of conflict. “There is a very high willingness to defend the country,” he said. “It might sound old-fashioned, but it is a consequence of our history and geographic position.”

While the center-left Finnish government has moved quickly to embrace NATO, the Swedish government, also led by a center-left party, has moved more haltingly. Swedish Prime Minister Magdalena Andersson had spoken against NATO membership in March, but this week local media reported the country would send its application next week.

Q: How would Sweden and Finland change NATO?

Finland’s border with Russia is 830 miles long; if it joins NATO, the military alliance’s border with Russia would be doubled. Sweden, while not bordering Russia directly, holds on to the strategically important island of Gotland, just 200 miles away from the Russian military in Kaliningrad.

Finland already meets the NATO military spending target of 2% of its annual economic output, while Sweden is at 1.4%.

Moscow has condemned the possibility of either nation joining NATO, with the Kremlin vowing “retaliatory steps” to “balance the situation.” But NATO has suggested it would welcome their membership, while the United States and Britain have offered security guarantees during the application process.

“I would say that this is probably the most significant strategic blunder in the recent history of Russia as a nation,” NATO Deputy Secretary-General Mircea Geoană said at an event in Washington this week.