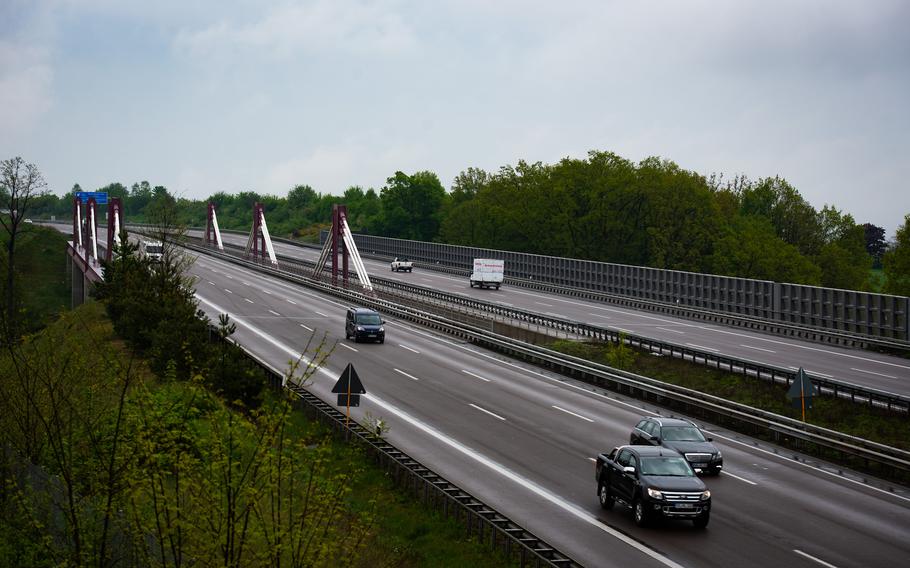 Highway A6 in Kaiserslautern, Germany, May 5, 2022. The road is a major thoroughfare for commuters and travelers, and runs between U.S. Army and Air Force bases. (Alexander Riedel/Stars and Stripes)

The crash resulted in minor injuries for two people in the Tesla. The civilian driver of the military truck was unharmed. A steady rain was falling in the area at the time of the crash.

Traffic on the busy autobahn backed up for nearly an hour before responders and service crews cleared the roadway for traffic.

The damage to the military vehicle was estimated to be at least $500, according to Kaiserslautern police. Damage to the Tesla has not yet been assessed, but police photos show the front end of the car totaled.