The Central Processing Center on Kleber Kaserne in Kaiserslautern, Germany, is one of the first places many go when they arrive in the country. Soldiers moving to Europe will soon have to submit certain documents to the Army electronically upon arrival, or risk not getting paid. (Nicole Alberico/U.S. Army)

KAISERSLAUTERN, Germany — U.S. soldiers moving to Germany, Italy or Belgium soon will have to submit certain documents to the Army electronically upon arrival or risk not getting paid.

Soldiers assigned a permanent change of station, or PCS, to Europe have for many years completed a travel voucher with their finance department after their arrival.

But starting June 1, they will be required to submit those claims themselves through the Defense Finance and Accounting Service’s online system, SmartVoucher.

It’s part of a push by the Army to have more paperwork tasks completed virtually when possible. Soldiers moving to Europe will soon be required to submit electronic travel vouchers by themselves through the Defense Finance and Accounting Services SmartVoucher online system. (Maria McClure/U.S. Army)

SmartVoucher is already operating in the U.S. and will be familiar to some soldiers moving overseas. Its rollout in Europe is part of a scheduled expansion of the system, said Kimberly Jordan, a director at the 266th Finance Support Center, part of the Kaiserslautern-based 21st Theater Sustainment Command.

“It’s kind of like a TurboTax system, where it asks questions and then the responses to those questions are what build the PCS voucher,” Jordan said.

Once completed, the voucher is sent to the soldier’s finance office for final review before submission to the Defense Finance and Accounting Service.

Soldiers are being advised to complete the voucher the day they arrive in Europe to help ensure that they get paid correctly and that their salary isn’t frozen.

“Their pay record just won’t be right if they don’t submit the voucher,” Jordan said, adding that salaries would be frozen only in extreme cases that aren’t rectified within four months. 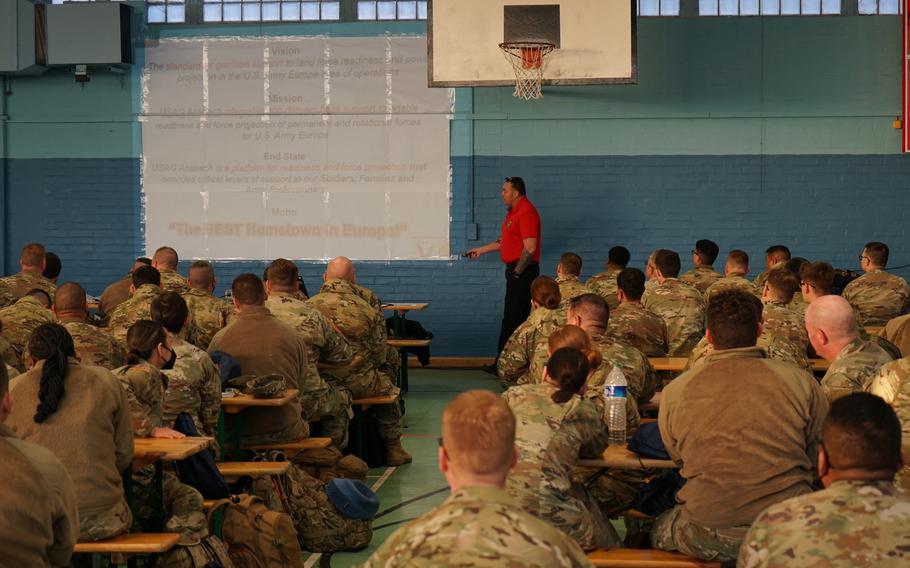 Soldiers with a myPay account automatically have access to SmartVoucher, so no registration is needed. Even after filing the claim online, soldiers still need to contact their unit finance office on arrival.

Only soldiers are required to submit the claim to SmartVoucher under the new policy; other military branches have their own rules.