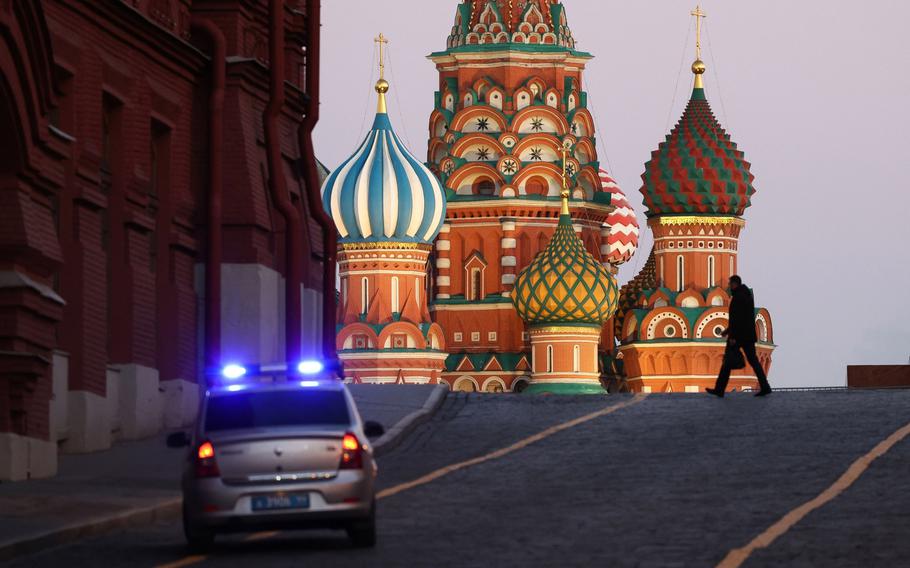 In an escalating war of words, Russia warned Western countries not to “test our patience” after the United States and Britain publicly backed Ukraine’s right to strike Russian territory following a spate of mysterious fires.

Russia’s Foreign Ministry accused the West of openly encouraging Ukraine to attack Russia - and said Thursday that countries should take seriously Moscow’s warnings that any attack will lead to a “tough response.”

“The West openly calls on Kyiv to attack Russia, using, among other things, weapons received from NATO countries,” spokesperson Maria Zakharova told journalists in Moscow. “We advise you not to further test our patience,” she said.

The comments come after U.S. Secretary of State Antony Blinken said it was Ukraine’s prerogative to strike back on Russian soil. Asked whether the United States should support offensive operations, Blinken said he believed that it was “vital” that Ukraine “do whatever is necessary to defend against Russian aggression” and that “the tactics of this are their decisions.”

The comments come as Ukrainian officials said unexplained fires and explosions that were reported in recent days against sensitive targets in Russia were justified - and could increase - but did not take responsibility for them.

Blinken’s comments, made in testimony to a congressional panel, appeared to resonate in Kyiv, where an adviser to Ukraine’s president cited them - and insisted the country would “defend itself in any way, including strikes on the warehouses and bases of the killers [Russia].”

Podolyak, one day earlier, had said reports of explosions in three Russian regions near Ukraine’s eastern border - including Belgorod, where Kremlin officials earlier this month accused Ukraine of carrying out a helicopter attack against a fuel depot - were “karma.”

Podolyak cited “different reasons” - including possible “divine intervention” - for the alleged attacks, but he did not confirm or deny whether Ukraine was responsible. “If you decided to attack another country en masse, kill everyone there en masse, crush civilians with tanks en masse, and use warehouses in your regions to ensure the killings, then sooner or later the debts will have to be repaid,” Podolyak said in a Telegram post written in Russian. “Karma is a cruel thing.”

Podolyak also suggested on Ukrainian state television that the pace of the attacks could increase in line with the rise in tensions in Ukraine, according to Ukrainian Pravda.

Britain’s defense minister, Ben Wallace, told the BBC on Thursday that it would be “legitimate under international law” for Ukraine to attack “the logistics structure of the Russian army.” British armed forces minister James Heappey made similar comments on Tuesday and indicated that his country would not oppose Ukraine’s use of British-supplied weapons to hit military targets in Russia - sparking immediate blowback from Russia.

Russian President Vladimir Putin threatened “lightning-fast” retaliation Wednesday against any country that intervenes to support Ukraine. “If anyone intends to intervene from the outside and create a strategic threat to Russia that is unacceptable to us, they should know that our retaliatory strikes will be lightning-fast,” Putin told Russian lawmakers at the Tauride Palace in St. Petersburg.

Russia’s Defense Ministry, citing Heappey’s comments, accused Britain of encouraging Kyiv to strike Russia and threatened to respond. “We would like to underline that London’s direct provocation of the Kiev regime into such actions, if such actions are carried out, will immediately lead to our proportional response,” the ministry said.

Putin’s foreign minister said earlier in the week that the chances of the conflict in Ukraine escalating into a nuclear war should not be underestimated. Sergei Lavrov said Monday on Russian television that the risk was “serious” and “real,” and accused Western powers of fighting a “proxy” war against Russia by funneling weapons into Ukraine.

Kremlin spokesman Dmitry Peskov said Western donations of weapons to Ukraine and other countries “threaten the security of the continent” and “provoke instability,” according to the Russian state news agency Tass.