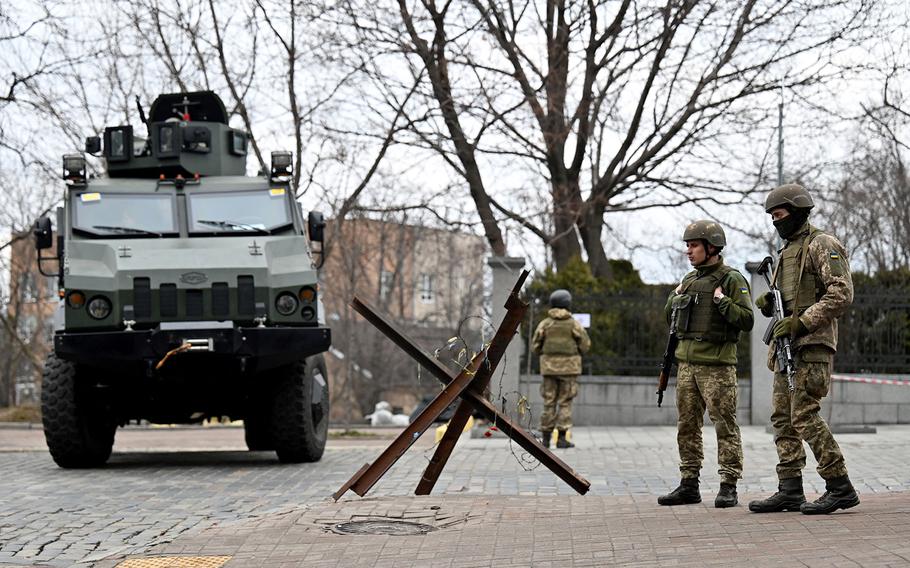 (Tribune News Service) — Global military expenditure has surpassed $2 trillion per year for the first time, and looks set to rise further as European countries beef up their armed forces in response to Russia’s invasion of Ukraine.

In 2021, countries spent a total of $2,113 billion on their militaries, up 0.7% in real terms from the year before, according to a report released Monday by the Stockholm International Peace Research Institute, or SIPRI.

After a brief period of declining military spending between 2011 and 2014, outlays have increased for seven consecutive years, according to SIPRI data. In the wake of the full-scale invasion of Ukraine, several European governments have pledged a spending overhaul to boost their forces’ capabilities.

“Europe was already on an increasing trend, and this trend will accelerate and intensify,” Lucie Beraud-Sudreau, director of SIPRI’s military expenditure and arms production program, said in a phone interview. “Usually change happens slowly, until you are in a crisis and then change really happens. I think that’s where we are now.”

The upturn since 2015 has partly been fueled by higher spending in Europe, after Russia’s 2014 annexation of Crimea raised the perceived threat level at the same time as the U.S. administration under Donald Trump increased pressure on NATO allies to spend more on their armed forces, Beraud-Sudreau said.

European spending in 2021 accounted for 20% of the global total, and China’s defense budget, the world’s second largest, is estimated to make up 14%.

The U.S. remains by far the biggest spender, with $801 billion allocated to the armed forces in 2021, according to SIPRI. In the last decade, U.S. military spending has made up as much as 39% of global expenditures. While the country’s arms purchases have declined, more funds have been devoted to military research and development, suggesting that the U.S. is focusing more on next-generation technologies, according to SIPRI researcher Alexandra Marksteiner.

As European nations from Sweden to Spain have pledged to increase defense budgets, early indications are that modernizing and upgrading weapons systems will be a key priority, Beraud-Sudreau said. In doing so, they are facing a choice of whether to prioritize a quick buildup by buying equipment off-the-shelf from arms manufacturers in other parts of the world, or taking a more long-term approach by increasing funding for domestic industry.

However, the purchase of arms isn’t the only requirement highlighted by Russia’s invasion.

“You see that many of Russian forces’ challenges are related to things like logistics, fuel, tires and secure communications,” she said. “Buying that stuff might be less visible, but the situation in Ukraine has shown to external observers how important that is for waging war.”