What is Transnistria, and will Russia advance toward Moldova? 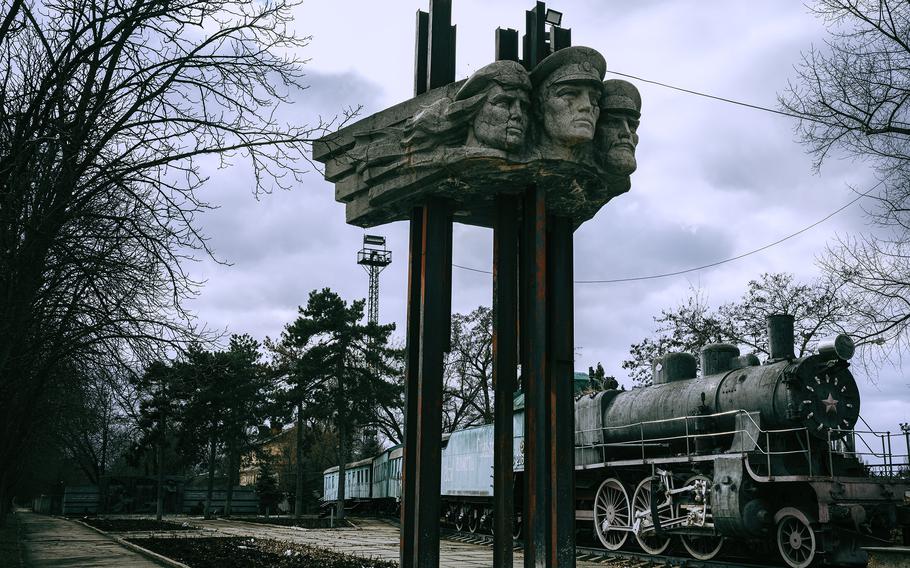 An abandoned train station from the Soviet era in Bender, Transnistria, on March 6, 2022. (Gianmarco Maraviglia for The Washington Post)

Two months into the invasion of Ukraine, a Russian military commander suggested Friday that Moscow aims to establish a corridor through southern Ukraine to Transnistria, a breakaway republic in eastern Moldova.

"Control over the south of Ukraine is another way out to Transnistria, where there are also facts of oppression of the Russian-speaking population," said Rustam Minnekaev, acting commander of Russia's Central Military District, according to the Russian news agency Interfax.

It was unclear whether Minnekaev's statement reflects the official Kremlin line. The comment surprised some analysts, since Russia tried and failed in the early weeks of the war to advance on southwestern Ukraine - the area it would need to secure to reach the border with Transnistria.

Nonetheless, it sparked global conversation about the separatist enclave and represents the most direct challenge to Moldova to date. Moldova summoned Russia's ambassador later Friday to express "deep concern" over Minnekaev's comments.

"These statements are unfounded and contradict the position of the Russian Federation supporting the sovereignty and territorial integrity of the Republic of Moldova, within its internationally recognized borders," the Moldovan foreign ministry said in a statement provided to The Washington Post.

Analysts say it's unlikely that the Russian military, embroiled in a fight to take eastern Ukraine, is capable of carving out such a path. And even though Transnistria is backed by Moscow and hosts Russian troops, that may not mean its residents want to get involved in the war.

Here's what to know about the breakaway republic.

The small Eastern European country of Moldova, sandwiched between Ukraine and Romania, used to be part of Romania. It was integrated into the Soviet Union in 1940. The collapse of the Soviet Union five decades later triggered a civil conflict in the early 1990s between the newly independent Republic of Moldova and separatists in Transnistria, who wanted to maintain Soviet ties.

Transnistria, a thin strip of land that runs along Moldova's border with Ukraine, has a population of about 500,000. No country - not even Russia - recognizes the territory as independent. But it functions as a separate nation, where Moldovan authorities admit they have no control. 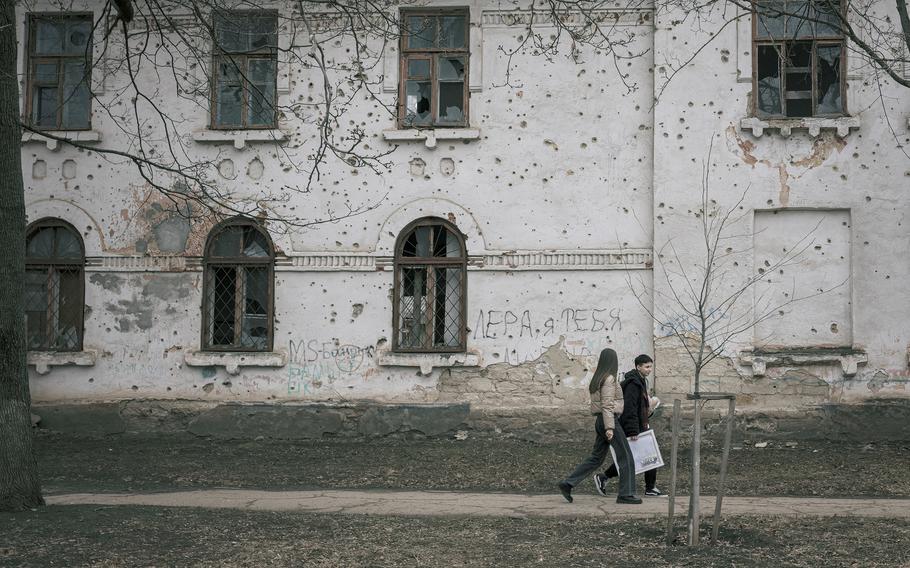 Reminders of the early 1990s conflict remain in the city, including this building marked by artillery fire, in Bender, Transnistria, on March 6, 2022. (Gianmarco Maraviglia for The Washington Post)

Russian troops have been stationed in the area for decades as "peacekeepers," with an estimated 1,500 there today. Moldovans make fun of the sliver of land as a backwater stuck in the Soviet era, where Lenin statues remain, international bank cards don't work and a monopolistic company, Sheriff, controls virtually everything.

The idea of Russia seeking to establish a geographic link to Transnistria has been "in the discourse since at least the 1990s," said Anton Barbashin, a political analyst at Riddle, an online journal of Russian affairs.

When Moldova began its application for European Union membership in early March - a week into the invasion of Ukraine - Transnistrian leaders said they had no intention of doing the same and demanded once again to create "two independent states."

But the area itself doesn't have a lot of strategic value for Moscow, Barbashin said. Sending troops there would "create more problems than it solves" for Russia, likely triggering additional international sanctions and destroying Moscow's relationship with Moldova, which is constitutionally neutral and has said it will not join NATO.

Still, the war in neighboring Ukraine and the reality of the Russian troop presence in a slice of Moldova has made Moldovans jittery, and worried that Russia could attack them next. The Ukrainian government has also claimed that Russian forces stationed in Transnistria could be used to attack Ukraine.

How likely is a Russian advance toward the region?

Russia has reoriented its military efforts on gaining control of the Donbas region of eastern Ukraine, after attempts to seize Kyiv, the capital, and broader swaths of Ukraine failed. The Russian military has sustained heavy losses during its two-month assault and significant battlefield reversals that surprised many observers and exposed its weaknesses.

"The conversation about Transnistria is a complete canard," said Michael Kofman, a Russia expert at CNA, a nonprofit research and analysis organization in Arlington, Va. "The Russian military has no capacity for this kind of offensive. It's very likely that they will be a spent force after the offensive in Donbas."

Kofman said the statement from Minnekaev, the Russian commander, that Moscow intended to take control of southern Ukraine wasn't new. "They literally tried this in phase one," he said.

Russian attempts to advance beyond the southern Ukrainian city of Mykolaiv made little headway, leaving southwestern Ukraine under Kyiv's control.

Moldova's foreign minister, Nicu Popescu, said at an event hosted by the German Marshall Fund in Washington this week that the situation in Transnistria is "more or less calm" and that Moldova had not seen signs of any unusual military activity there.

Mihai Popsoi, a Moldovan member of Parliament, said authorities have seen no intelligence indicating that Russian troops could move in the direction of Transnistria.

"The facts on the ground are basically that the fighting in Donbas is the key area to monitor at the moment, and Russia certainly does not have the capacity to do this and do the south of Ukraine as well without a large-scale mobilization," Barbashin said.

The Russian commander's statement may have been an off-the-cuff remark, he added - and in a war, and particularly one waged by Russia, "everything should be taken with an extra grain of salt."

Still, Moldovan and regional politicians are taking the threat seriously, Popsoi said. He speculated that at the very least, Moscow intended to scare Moldova and other countries in the region.

"You cannot help but take these kinds of threat seriously and we have been taking them seriously from the very beginning of this monstrous war," he said.

The Moldovan government put out a statement Friday refuting the commander's assertions that Russian speakers in Transnistria faced persecution.

But even if Russian troops were to march toward Transnistria, they may not be welcomed with open arms. Though residents of the breakaway republic rely on support from Moscow, some hold Moldovan passports and most of Transnistria's exports go to the E.U.

Transnistrian authorities have offered neither public support nor condemnation of Russia's invasion of Ukraine. Transnistria shares deep ties with its neighbor, and about 100,000 residents hold Ukrainian citizenship, de facto foreign minister Vitaly Ignatyev said this month. "We stand exclusively for the peace and security of all people who live in" Transnistria, he said.

The breakaway republic has taken in more than 27,000 Ukrainian refugees, he said. Transnistria appears to be holding back from supporting Russia in the war and instead is using its hosting of Ukrainian refugees as a means of garnering international legitimacy, analyst Keith Harrington wrote in a blog post.

"Our reading of the situation and what we get from the region is that there are very few people in that region who are wanting to trade their existing situation for becoming part of a war zone," Popescu told reporters in Washington on Tuesday. "Having said that, we cannot predict how things will evolve. We cannot speculate and we have been preparing from November and we continue to be very alert to the full spectrum of threats."

The Washington Post's Chico Harlan contributed to this report.