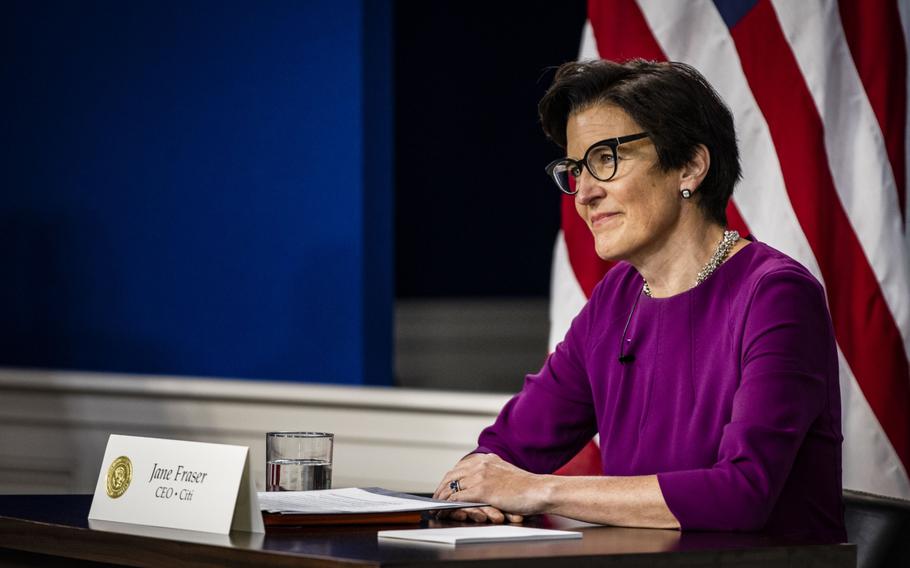 The country has been inching closer after JPMorgan Chase, under orders from the U.S. Department of the Treasury, halted interest payments the country owed on two dollar-denominated bonds in recent weeks. The move forced the Russian central bank to make the payments in rubles instead and left it scrambling for ways to sidestep JPMorgan and rival Citigroup to make good on its debt.

The situation got more serious on Wednesday: The Credit Derivatives Determinations Committee said the ruble payment was a potential default, fueling growing consensus that Russia may have reneged on its debt obligations. The CDDC’s ruling, which doesn’t directly impact the debt, could trigger payment of credit-default swaps if Russia doesn’t pay bondholders in dollars before the debt’s grace period ends on May 4. The nation could still avert a default if it pays bondholders in dollars before that period ends.

Russia “is not at threat of default” and “has enough financial resources,” central bank Governor Elvira Nabiullina said on Thursday.

The country is exploring ways to reroute payments through domestic institutions as well as its own clearing agent. But it remains unclear if the efforts stand any chance of success and whether the moves would even help the country avoid default.

“There’s no clarity about any of this in the language” of the bond documents, Mitu Gulati, a professor at the University of Virginia School of Law, said in an interview. “Some judge would presumably have to decide all of this.”

One option being considered is replacing the foreign banks acting as correspondent banks and paying agents on foreign-debt deals with the Central Bank of Russia, according to the Russian newspaper Vedomosti. A correspondent bank performs basic treasury services and manages foreign exchange for clients, while a paying-agent bank handles housekeeping on bonds, collecting interest from issuers and helping distribute it to investors.

Under this scenario, payments to bondholders would progress to the Central Bank of Russia instead of the foreign correspondent bank and paying agent. They would then move to Russia’s domestic clearing agent, the National Settlement Depository. From there, the money would end up with local bondholders or in specially created “Type C” accounts for bondholders from so-called hostile nations, like the U.S.

For Russia, relying on its own domestic clearing agent would also allow it to sidestep foreign rivals that have held up payments to Russian investors. Euroclear and Clearstream, which process payments as central securities depositories, have blocked accounts the national Russian depository has with them, leaving payments to local bondholders in limbo.

Russia’s big-business lobby, the Union of Industrialists and Entrepreneurs, pitched a similar proposal for corporate borrowers as part of the group’s plan to avoid a wave of cross-defaults and foreign-asset freezes. In their pitch, nonresidents would receive payments for the bonds in special foreign-currency accounts with Russian banks, along with the right to sell the notes to the finance ministry or its agent.

The move seeks to help a bevy of Russian companies that have been forced into technical default as their interest payments get held up in the web of foreign banks’ due-diligence processes. Even Russian entities not subject to U.S. penalties have run into delays: Citigroup, for instance, ordered Severstal to seek a special waiver from the U.S. Treasury Department before it would process the steelmaker’s interest payment.

Citigroup’s action -- which came after the Treasury issued a blocked-pending-investigation order, or BPI -- meant Severstal ran out of time to pay interest on the dollar debt. Representatives for Citigroup and Severstal declined to comment while the Treasury didn’t immediately respond to requests for comment.

State-controlled lender VTB gave investors a glimpse into how these scenarios could work when it paid coupons on a dollar-denominated eurobond in rubles, Vedomosti reported on Wednesday. Investors from Russia and “friendly” nations received funds in their ruble accounts, while Russian currency was transferred to special “C” accounts for residents of hostile countries, the newspaper said.

Still, switching paying agents likely won’t be easy: It requires agreement from a majority of creditors and, in some cases, bond documents require borrowers to give investors months of notice before they could make such a change.

It’s also not clear that paying out in rubles would even help Russia or large Russian corporations avoid default. The country’s move to pay its sovereign dollar bonds maturing in 2022 and 2042 in rubles, for instance, resulted in S&P Global Ratings cutting Russia’s unsolicited foreign currency issuer credit ratings to “selective default.”

“Although the default could be remedied under a 30-day grace period allowed under the terms and conditions of the bonds, we don’t expect that investors will be able to convert those ruble payments into dollars equivalent to the originally due amounts, or that the government will convert those payments within that grace period,” S&P said.

But Gulati, who focuses on sovereign debt restructuring, said Russia’s bond documents do include a currency indemnity provision that appears to allow Russia to discharge its debt by paying in rubles, so long as the recipient can use those rubles to buy a sufficient number of dollars.

“Boiled down, the clause seems to say that payment in a different currency can constitute a ‘discharge,’ so long as the recipient can use those rubles to buy a sufficient number of dollars,” Gulati said in a post on his blog. “That seems to mean that Russia can discharge its obligations by paying in rubles.”

Under a second proposal recommended by the Russian government, borrowers would make interest payments to investors through separate channels depending on where an investor is based. Payments to foreign holders would be handled by a foreign payment agent, though that entity could run into similar restrictions. Russian holders would get their funds via domestic institutions.

The Russian government subcommittee that put forward the plan also recommended using rubles to buy back eurobonds from Russian investors as an alternative, a move Russia already made with a $2 billion bond that matured on Apr. 4.

The stalled coupon payments -- along with a bevy of others that are linked to debt from Russia’s biggest companies -- have thrust the normally staid back office of Wall Street into the spotlight. It also underscores the quagmire Wall Street’s biggest banks have found themselves in as de facto enforcers of U.S. President Joe Biden’s sanctions, an outcome they’d anticipated since Russia’s invasion of Ukraine first began.

“We are in continuous communication with the U.S. government and we continue to do our part to enforce the sanctions regime,” Citigroup Chief Executive Officer Jane Fraser told analysts on a conference call last week. “But I’ve run out of words to describe the tragic consequences of the war in Ukraine.”