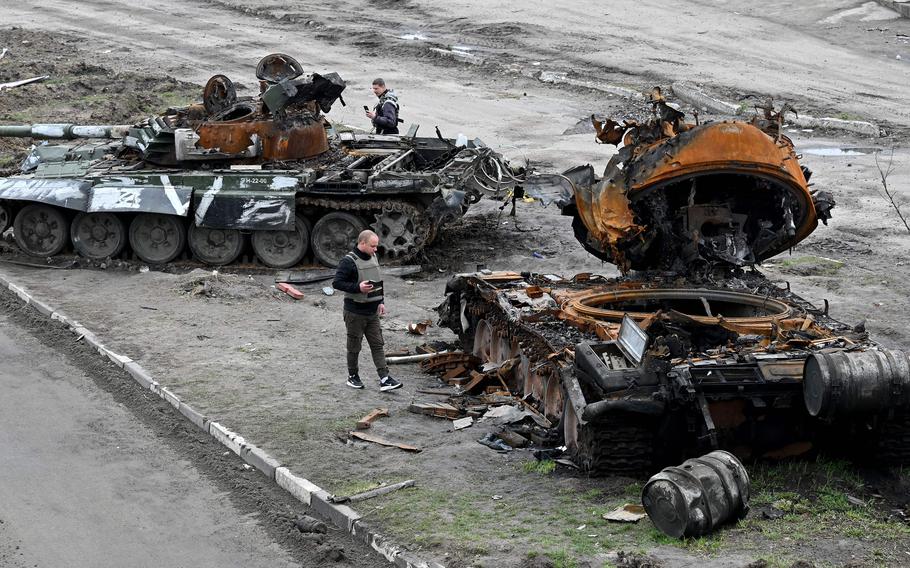 KYIV, UKRAINE (Tribune News Service) - Billionaire Roman Abramovich has traveled to Kyiv in a bid to restart peace talks between Russia and Ukraine, which stalled after evidence emerged of Russian atrocities against civilians.

Abramovich met with Ukrainian negotiators to discuss ways of reviving the negotiations, according to people with knowledge of the matter. The Russian billionaire, who has longtime ties to President Vladimir Putin, has been acting as an informal mediator since the war began in late February, when Ukrainian President Volodymyr Zelenskyy asked him to get involved.

A spokesperson for Abramovich declined to comment, as did Ukrainian negotiator Mykhailo Podolyak.

After the last round of face-to-face meetings in Istanbul on Mar. 29 — which Abramovich attended — there’s been little sign of progress. Putin on Tuesday said they’re at a “dead end” and vowed to continue his invasion. Zelenskyy has said the discovery in recent weeks of evidence of war crimes by Russian troops stationed in Bucha and other towns near Kyiv has complicated prospects for the negotiations. Moscow denies its forces committed atrocities.

Since the Istanbul meeting, Russia has redeployed troops from northern Ukraine to the Donbas region in the east, preparing what’s expected to be a major new ground assault in the coming days or weeks to take more territory.

Russian troops increased shelling of Ukraine’s cities in recent days after the sinking of the flagship of its Black Sea Fleet, the cruiser Moskva. Ukraine said its missiles hit the ship, while Russia has said only that it caught fire, without explaining how. Regions including Kyiv and Lviv in Ukraine’s far west have come under fire.

Ukraine still hasn’t had an official response from the Kremlin on proposals it made to Russia at the Istanbul talks, while Moscow has repeatedly accused Kyiv of stalling. Lower-level talks have continued via video link, with scant signs of progress.

Zelenskyy has called on Western countries to provide more weapons and to increase sanctions against Russia to strengthen his hand in the negotiations.

“I always tell all our partners with whom I discuss this issue, that the amount of support for Ukraine directly affects the restoration of peace,” Zelenskyy said Friday in an address to the nation. Russia has warned the U.S. and its allies against sending more arms, though so far without success. ___ ©2022 Bloomberg L.P.