Britain's Boris Johnson banned from Russia over support for Ukraine 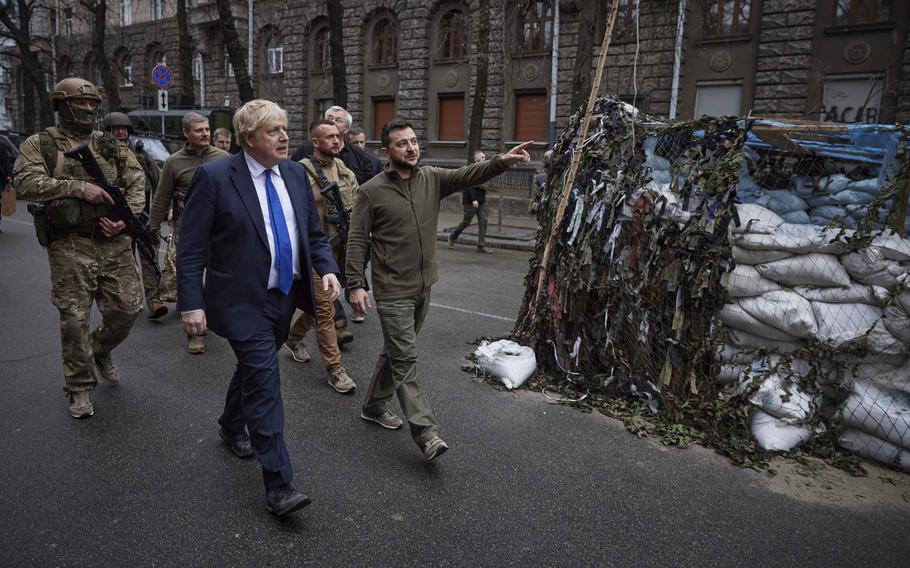 LONDON - Prime Minister Boris Johnson and other senior British politicians have been banned from entering Russia in response to what the Russian government said was Britain's "unprecedented hostile actions" over the war in Ukraine.

"This step was taken as a response to London's unbridled information and political campaign aimed at isolating Russia internationally, creating conditions for restricting our country and strangling the domestic economy," Russia's Foreign Ministry said in a statement Saturday.

Russia's Foreign Ministry said the British leadership was "deliberately aggravating the situation surrounding Ukraine, pumping the Kyiv regime with lethal weapons and coordinating similar efforts on the behalf of NATO."

The statement referred to "unprecedented hostile actions" by Britain and in particular highlighted British sanctions on senior Russian officials.

Britain has sent military assistance and financial aid to Ukraine and has imposed sanctions on Russian companies, oligarchs and hundreds of Russian lawmakers. Britain's Ministry of Defense also tweets daily bulletins on its latest intelligence assessments of the war in Ukraine.

Last week, Johnson made a surprise visit to Ukraine, where he toured Kyiv with Ukrainian President Volodymyr Zelensky and pledged to send more military equipment. After the visit, Johnson tweeted a picture of his walk through the streets and said that "Putin's barbaric venture cannot be allowed to succeed."

Relations between Britain and Russia have been in a deep freeze for years, hitting a previous low point in 2018 when Britain accused Russian intelligence agents of poisoning a former Russian double agent and his daughter in Salisbury, England.

Johnson last visited Russia in 2017, when he was foreign secretary.

"None of us are planning tourist trips to Russia and none of us have bank accounts we won't be able to access, so we will forge ahead," she said.