A month into the war, dozens of companies haven’t left Russia 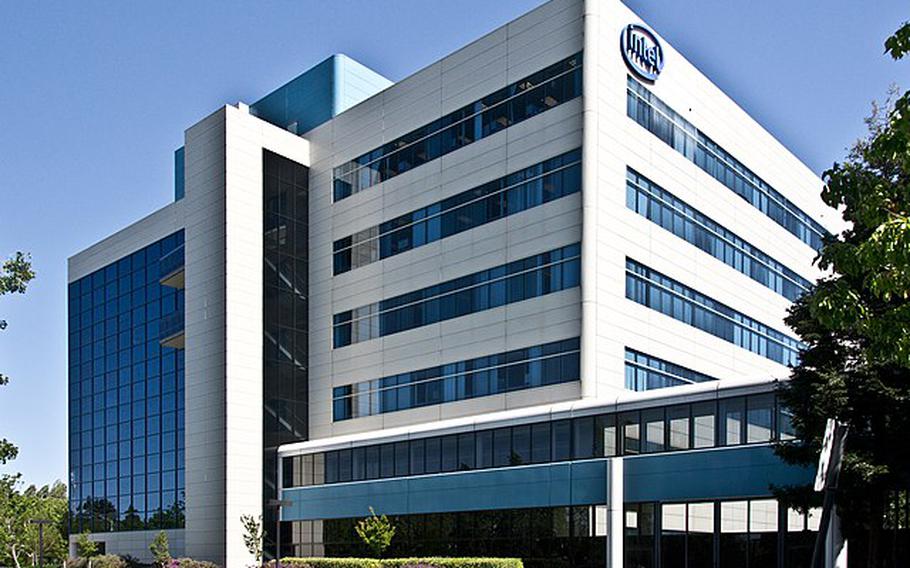 The headquarters of Intel Corporation in Santa Clara, CA. Intel is the latest global corporation to halt business in Russia. (Wikimedia Commons)

Businesses have found it increasingly hard to justify continued operations in Russia as troubling images of death and despair filter out of Ukraine and Western governments take steps to further isolate Russia economically.

Chip-making giant Intel is the latest global corporation to halt business in Russia, saying in a statement Wednesday that it was calling for “a swift return to peace.” The same day, the White House announced a new sanctions package that includes a prohibition on new investment in Russia by any U.S. person — a measure that legal experts said could hasten the departure of many more firms lingering in the country.

The investment ban comes after more than 600 multinational corporations announced plans to voluntarily exit Russia, while making the country less attractive to those businesses that plan to stay. At least 155 companies have resisted demands to exit or reduce activities there while another 96 are holding off on new investments or trying to buy time, according to Jeffrey Sonnenfeld, a Yale professor who is tracking corporate investments in Russia.

“You don’t have to eat at McDonald’s to feel the impact of its closure,” said Aaron Klein, a senior fellow at Brookings Institution. “For average Russian people, seeing name-brand Western companies exit Russia is a message that they are at risk of returning to the Soviet era of society.”

Intel’s exit comes after more than two decades of business collaboration at a research and development facility near Moscow, where teams of engineers would work on advanced chip technology for use around the world.

The company said it is halting business operations there “effective immediately” in response to Moscow’s unprovoked attack on neighboring Ukraine, according to a Wednesday statement on its website. It stopped all shipments to Russia and Belarus on March 3, and has previously issued statements condemning the violence.

“We are working to support all of our employees through this difficult situation, including our 1,200 employees in Russia,” the company wrote in an unsigned statement. “We have also implemented business continuity measures to minimize disruption to our global operations.”

In announcing the new sanction measures, the Treasury Department also said it would prevent U.S. banks from processing Russian debt payments in dollars, pushing the country closer to default. If early sanctions were meant to sever Russia’s ties to global business community, the ones announced Wednesday were meant to make that split-up permanent.

The ban on investments is not clear-cut for many American businesses that continue to operate factories and other facilities in Russia. Over time, maintaining those facilities will require some form of investment, which could force the United States to scrutinize individual company decisions, said Ariel Cohen, a nonresident senior fellow at Atlantic Council, a think tank.

“Is the investment to refurbish existing production lines? If you need to replace machine parts, even whole machines, is it caught in those sanctions?” Cohen asked. “The answer is between Treasury and the legal interpretations on a case-by-case basis.”

Koch Industries, which operates a large glass-producing business in Russia, has already suspended new capital investments but has balked at closing.

In an emailed statement Wednesday, company spokesman David Dziok said Koch would “comply with all applicable sanctions, laws and regulations” concerning its operations, and that it would “closely monitor the situation and modify our decisions as circumstances warrant.”

In a March 24 email to employees, president and chief operating officer Dave Robertson said abandoning its glass plants in Russia would “do more harm than good” because it would leave employees open to prosecution or harassment by Russian authorities. Plus, he added, Moscow would seize the plants and keep them open anyway.

“If [Koch] were to walk away from these glass facilities, it would give full control of the assets to the Russian government, who we believe would keep them running and capture 100 percent of the financial benefit,” Robertson wrote.

In the letter, Robertson also said the company “condemns the heinous actions of the Russian government in Ukraine.”

Some legal experts believed the Biden administration purposely left the definition of “investments” ambiguous to force companies to make their own determinations of how much legal risk they want to take on by continuing Russian operations. Many businesses probably will err on the side of caution, said David Szakonyi, an assistant professor of political science at George Washington University.

“Companies doing business in Russia are going to have to spend a lot of time and resources to fully understand this new investments rule, which could in turn create enough motivation to completely pull out of the Russian market to avoid running afoul or crossing the line,” Szakonyi said.

“The executive order bans new investment so it wouldn’t impact existing plants,” the Treasury Department said in a statement. “As is standard with the implementation other executive orders, Treasury’s Office of Foreign Asset Control will issue additional public guidance for the private sector. Every business is dealing with different circumstances and we are in close contact with the private sector to address individual questions.”

Sonnenfeld said the investment ban is likely to have minimal impact on companies’ long-term plans, as few multinationals want to pursue new Russian investments at this point. Some may try to redefine what counts as a new investment, as opposed to a capital upgrade meant to maintain existing operations.

The White House continued to grant exemptions for businesses that are supporting sectors important to humanitarian activities, which it specified to include food and agricultural commodities, medicine and telecommunications services that connect the Russian people to the outside world.

Several U.S. corporations cited that exemption to justify continued sales there, including Cargill, one of the world’s largest agricultural companies. Last month it suspended all investments in Russia but said it would maintain a staff of about 2,500 there to continue providing “essential food” such as bread, infant formula and cereal.

For other companies, the decision to pull out of Russia is complicated by contracts with business partners. Major U.S. hotel chains, including Hyatt and Hilton, continue to operate hotels in the country that are owned by third-party companies.

Todd Davis, a spokesman for Hyatt, said his company is “currently assessing the new measures and [continues] to evaluate our existing agreements with the third-party entities that own Hyatt hotels in Russia.” Meg Ryan, a spokeswoman for Hilton, said the company would continue to comply with all applicable trade sanctions.