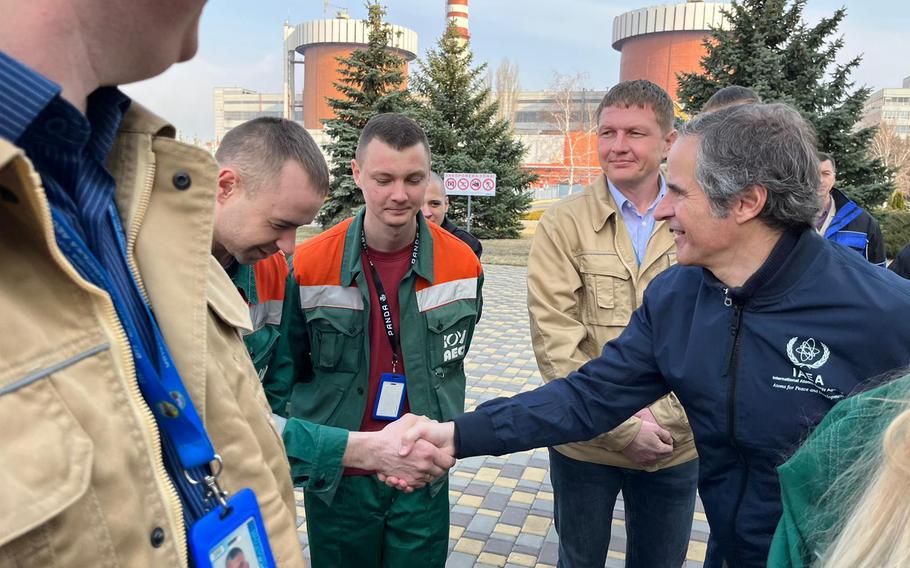 International nuclear monitors are preparing to return to the stricken Chernobyl nuclear power plant -- site of the deadly 1986 meltdown -- as soon as Russian troops complete their withdrawal and Ukrainian operators take back control.

International Atomic Energy Agency monitors will be on the ground "very soon," Director General Rafael Mariano Grossi said at a press briefing in Vienna. The Argentine diplomat returned Friday from a week-long trip to Ukraine and Russia, where he worked out separate deals to boost the safety and security of nuclear sites amid a military conflict now in its second month.

"This is undoubtedly a step in the right direction," Grossi said of the Russia withdrawal from Chernobyl. "The plant has to be operated by its own natural operators."

In the absence of international oversight, a war of words has erupted between Ukrainian and Russian nuclear-safety officials over radiation risks at Chernobyl. Russians who began leaving the plant got "significant doses" of radiation from digging trenches at the highly contaminated site, Ukraine's state power company said Friday. Moscow's IAEA envoy reported Thursday that Ukraine workers at the plant sabotaged transmission lines used to monitor radiation safety.

Grossi said that radiation levels around the plant were normal and that the IAEA hasn't seen any evidence that Russian troops received dangerous doses. Heavy vehicles kicking up dust as they exit could temporarily trigger higher measurements, as they did when Russia troops first arrived in February, he said.

The 1,000 square mile Chernobyl exclusion zone contains long-lived radioactive material that will take thousands of years to decay. It also houses a nuclear-waste facility, where spent fuel from Ukraine's reactors is encased for safe, long-term storage.

Nuclear authorities have been warning for weeks that the relative risks at Chernobyl are low -- compared to the dangers of bullets, bombs and the threats to functioning nuclear power plants -- but that the site of the deadly accident continues to stoke a visceral reaction among people. Russia's retreat from the site provides new ammunition in the information war that's run parallel to the armed conflict now in its second month.

"It has been a bit laborious for us to establish facts," Grossi said. "If our people are there, it goes much faster."

The more immediate radiation concerns in Ukraine are located at the country's 15 other reactors which are operating in a war zone. Vadim Chumak, head of the external exposure dosimetry lab at Ukraine's National Research Center for Radiation Medicine, told MIT Technology Review this week that he's more concerned by the risk posed by Russia's occupation of the Zaporizhzhia nuclear power plant in the southeast of the country.

"In Zaporizhzhia they have six reactors, plus spent fuel storage," he said. "If there was any damage to the spent fuel assemblies stored at Zaporizhzhia, it could result in an enormous radiological emergency, comparable to what happened in Chernobyl."

The IAEA's agreement with Ukraine and Russia includes a "rapid assistance mechanism" that could be triggered in the event of an accident and will allow monitors on site to "assess and assist almost immediately." The agency will also deliver personal-protection gear, radiation-detection equipment to authorities, Grossi said.