Mariupol's splintering loyalties may be enough for Vladimir Putin 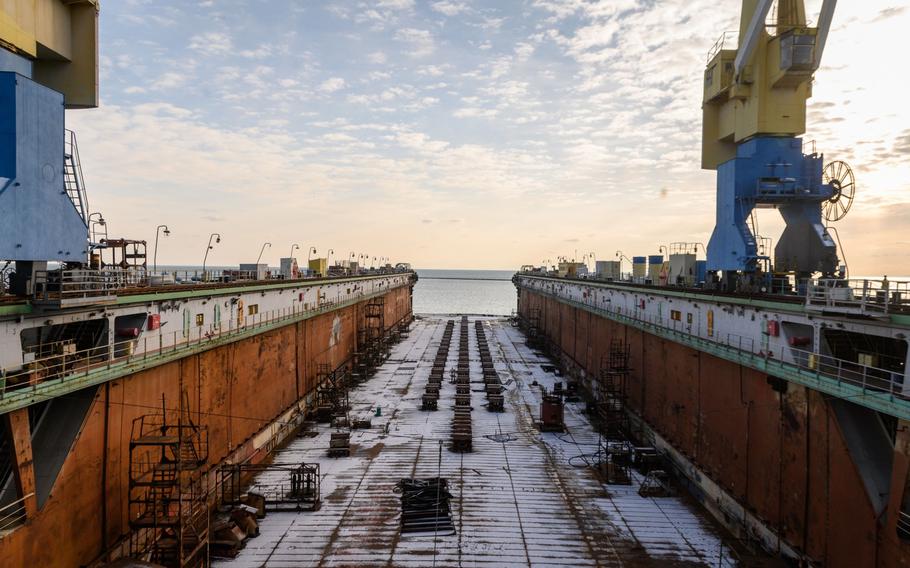 Before escaping Mariupol, a critical target in Russia's invasion of Ukraine, "Nataliya" found herself arguing with some of the neighbors in her Stalin-era apartment block. They blamed the presence of Ukrainian defenders for Russian bombs and artillery shells that were raining destruction on their besieged southern city.

To them, Nataliya said, it didn't matter which flag they lived under, Ukrainian or Russian, so long as the shelling stopped. They believed Russian troops were targeting Ukrainian soldiers within the city and would, she added, have been happy to surrender it.

"I was ready to punch them all," said Nataliya. One neighbor returned from a nearby police station that had been just been abandoned, convinced Russian military would now stop shelling their district as a result. She'd also found a mop to bring home. "They were so happy, so enthusiastic on that day."

The shelling didn't miss a beat. But for the future of a town whose capture now seems only a matter of time, the reaction of Nataliya's neighbors may be as important to understand as her anger.

They, like the "liberated" Mariupol residents interviewed by pro-Russia Telegram channels to describe how they were used as "human shields," either have Russian sympathies or believe the ubiquitous propaganda from Moscow-based media blaming Ukraine for the war. Few would have invited the invasion, but nor do all residents want to fight it.

Having left Mariupol on March 18, Nataliya and her partner had to stop while still in Russian occupied territory, due to illness. After speaking with Bloomberg over several days, she shut off her phone before trying to reach Ukrainian-controlled territory a week ago, and has not been contactable since. Nataliya is not her real name. Bloomberg is not identifying her, or her partner, given the potential risks to them of doing so.

"Russian troops would thoroughly inspect all basements in search of Ukrainian activists" as they moved through Mariupol, Nataliya said before leaving her last undisclosed location. "Most of all I am afraid to be captured."

If Mariupol falls, it would mark an important moment in the war - a victory for Russia's forces in an otherwise stumbling campaign. At a stroke it would boost morale, consolidate supply lines and free troops to turn north behind the Ukrainian troops that continue to hold back Russia's assault from the east.

Any draw-down of troops from around the capital Kyiv, as announced by Russia this week, could be redirected to the war effort in the east, where the capture of remaining territory in Ukraine's Luhansk and Donetsk Oblasts - including Mariupol - has been made the invasion's number one goal.

None of that, however, would count for much if President Vladimir Putin cannot consolidate control of territory taken. Mariupol, a Russophone steel town, is by now largely destroyed and no-longer pro-Russian, which a decade ago it may have been.

The city stands just 60 km (37 miles) from the Russian border, meaningless until the 1991 collapse of the Soviet Union, and most people have relatives on the other side. Economic ties were as deep, with the port's ship repair business and train carriage manufacturer selling almost exclusively to Russian clients. In Ukraine's 2010 presidential election, Viktor Yanukovych, the pro-Russia candidate deposed four years later, won 76% of the vote from those living in the Donetsk region, a higher share than anywhere else in the country.

All that started to change in 2014, when ties were cut after Russia annexed Crimea and stoked a war in Donetsk in response to Yanukovych's removal in a revolution, and still more so since Russia's Feb. 24 invasion. This week, Mariupol's Mayor Vadym Boychenko said 5,000 people had died in the siege, with about 160,000 civilians still trapped in the city.

Yet according to Nataliya, for those inside Mariupol, Russian news sources have been easier to access than Ukrainian ones since the city's broadcast and cell towers were disabled. Many, like her neighbors, remain at best ambivalent about whether they'd rather live under Kyiv's rule, or Moscow's.

As a result, while Putin's troops didn't get the warm welcome in Mariupol their initial campaign strategy assumed, he still has cause to believe he can impose a Russian future on the city. That was done already, in Donetsk, a city twice the size and just 110 km to the north, which has been under the control of Russia-backed separatists since 2014.

Then, as now, passionate pro-Ukrainians such Nataliya fled. Should Mariupol become part the self-proclaimed Donetsk People's Republic (DNR), or of Russia, they're unlikely to return.

Based on Donetsk's experience, Nataliya's neighbors and others like them are more likely to stay or come back. Draconian law enforcement would ensure obedience. The city's steel factories - with 40,000 employees and a combined annual output of 9 million metric tons - would still need labor. Rail links to Donetsk and other occupied territories to the north, severed since 2014, could start working again.

"The moment hostilities end we will begin restoration (of the city) immediately," DNR leader Denis Pushilin said on his Telegram channel last week, while visiting an aid center set up by Russia's ruling United Russia party on the outskirts of Mariupol.

In Pushilin's alternative reality, Russia and aid workers in DNR jump suits were delivering humanitarian aid to grateful fellow Russians rescued from Ukraine's Azov battalion, a militia that wears neo-fascist insignia and forms part of Mariupol's defense. Some will want to believe it.

"Azov did not stand on ceremony with civilian objects - they stationed firing points in them and purposefully destroyed them when they retreated," said Andrey Turchak, secretary general of United Russia, who accompanied Pushilin. "Nobody should be in any doubt that Russia is here forever."

Evidence that Russian aircraft and artillery were responsible for the devastation of Mariupol, rather than self-sabotage by the defenders, is overwhelming. Yet many have been hearing only the Russian narrative, broadcast over strong FM signals from Radio Russia and Radio DNR. To listen to Ukrainian news channels, Nataliya had to find an old medium wave radio.

The Russian radio stations spread fake news, according to Nataliya, including repeated reports that Boychenko had fled, or that the Azov battalion had surrendered and were changing into civilian clothes to escape, or that the Ukrainian army was using civilians as human shields by deploying within the city.

She recalled how on Feb. 27, Mariupol lost access to natural gas, electricity, cell and Internet connections and running water in quick succession. People moved out into the courtyard behind their apartment block to cook on fires fed with wood taken from the furniture in their apartments, or nearby restaurants.

"We cooked food together, we shared water" collected from springs, Nataliya said of her neighbors. "Unfortunately, there were very many pro-Russian people or those who were neutral." Her neighbors could not be reached for comment.

As time passed, people started burying their dead in the courtyard, some killed by shelling, others by heart attacks or other causes. The sound of the planes was worst, she said, knowing they could destroy a building with a single bomb.

Almost as bad was the lack of communications and therefore information, whether about her mother and other relatives living on the eastern side of the city, where fighting was heaviest, or about evacuation possibilities, the course of the siege or what was happening in the rest of the country.

Nataliya and her partner delayed leaving as long as they could, fearful of the journey out and the stories of convoys being shelled. But her partner had become sick from the dirty water they were drinking and was vomiting blood. They had to leave her mother behind.

As they drove out, she said, Russian soldiers made her partner get out of the car and strip, searching for tattoos or weapons that might expose him as a soldier. Eventually they let him go, but his illness meant they hadn't gone far before they had to stop, in an area still under Russian control.

In their new location, soldiers were distributing food from Donetsk, trying to bribe people, as Nataliya put it. The aid was adorned with ribbons, formed in the shape of the now iconic 'Z' of the Russian forces, as well as a logo. It read: "We don't abandon our own."