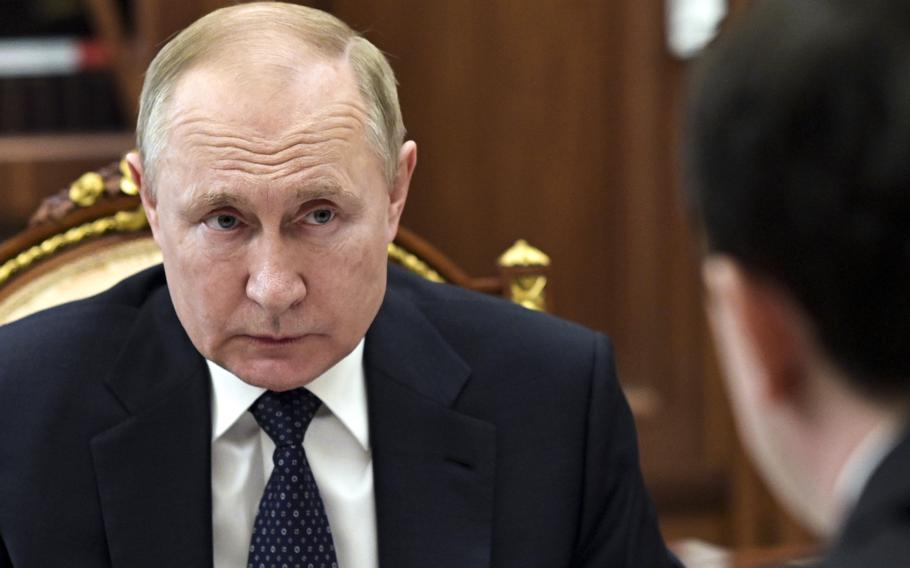 As Russia batters Ukraine and NATO countries send troops to Eastern Europe, a separate conflict between Moscow and the West is playing out in the world of diplomacy.

As part of a strategy to punish Russia for its brutal invasion, as well as undermine its activities abroad, the United States and some European nations have expelled Russian diplomats or embassy personnel in the month since the war started.

Some countries - such as the United States, Poland and Slovakia - have accused Russian embassy staff of using diplomatic cover to engage in espionage. Others, including the Baltic states, have simply cited what they said were breaches of the 1961 Vienna Convention on Diplomatic Relations.

Moscow has called the spying accusations baseless. It has also responded in kind, expelling some Western diplomats from Russia.

It’s not the first time Western nations have banished Russian diplomats. In recent years, Russian diplomats were targeted for expulsion by former president Barack Obama for hacking related to the 2016 presidential election. In 2018, over two dozen nations ejected a total of more than 150 Russian diplomats - the largest number since the Cold War - after intelligence operatives attacked Russian ex-spy Sergei Skripal with a nerve agent in the city of Salisbury.

While many nations in 2018 expelled a symbolic one or two diplomats, the United States expelled 60, and Britain, 23. Russia responded with a tweet, appearing unfazed: “US administration ordered the closure of the Russian Consulate in Seattle ... What US Consulate General would you close in Russia, if it was up to you to decide?”

Montenegro declares one diplomat of the Russian Embassy in Podgorica persona non grata, citing a breach of diplomatic norms.

A day later, Slovakia charged two people with espionage for Russia. One was a former military academy officer who was an “intelligence contact of Russian GRU officers . . . for whom he sought, collected and divulged information of strategic importance,” according to Slovakia police chief Stefan Hamran. The other man was described by Reuters as a contributor to a website shut for spreading disinformation.

In a coordinated move, Latvia, Lithuania and Estonia expelled a total of 10 Russian diplomats for “connection with activities that are contrary to their diplomatic status and taking into account ongoing Russian aggression in Ukraine,” Latvian foreign minister Edgars Rinkevics said in a tweet.

The same day, Bulgaria announced it would kick out 10 diplomats, marking an unprecedented move for a country with deep traditional ties with Russia.

Poland “expelled 45 Russian spies pretending to be diplomats,” Poland’s interior minister, Mariusz Kaminski said in a tweet. “With full consistency and determination, we are breaking up the agents of the Russian secret services in our country.”

In an interview with The Washington Post, Stanislaw Zaryn, a spokesman for Poland’s security services, said the expelled diplomats included people known to be working for, or aiding, Russia’s secret services, while benefiting from diplomatic status in Poland. The security agency found that the activities of the 45 Russians have served “the objectives of the Russian undertakings designed to undermine the stability of Poland and its allies,” according to a government statement.

Poland’s foreign ministry spokesman Lukasz Jasina said the individuals had five days to leave the country - but one particularly dangerous individual had 48 hours. Zaryn told the AP that person had been in contact with a Polish individual working in Warsaw’s registry office, who had been detained on suspicion of espionage for the Russian secret services on March 17.

“The illegal activities of these diplomats can also pose a threat to those people who left their country to flee the war and found protection in our country,” Jasina said.

Russia said it informed Montenegro that it is expelling a diplomat from Russia.

Netherlands said it was expelling 17 Russians described as intelligence officers. Czech Republic ejected one diplomat. Ireland told four senior Russian officials that they had to leave for actions considered “in accordance with international standards of diplomatic behaviour.”

Russia announced it was canceling the accreditation of 10 diplomats from Baltic states, denouncing the “provocative” and “groundless” action taken against Russian diplomats less than two weeks prior. Russia expelled the same amount of diplomats that were expelled from the respective nations: Three each from Estonia and Latvia, and four from Lithuania.

Emily Rauhala and Quentin Ariès contributed to this report.